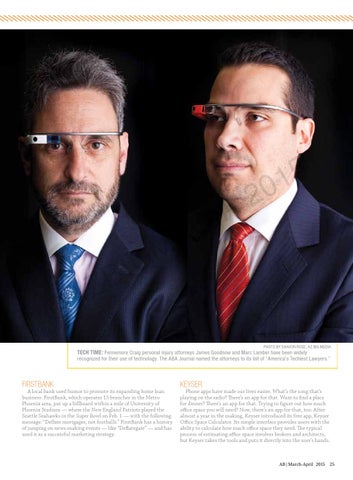 TECH TIME: Fennemore Craig personal injury attorneys James Goodnow and Marc Lamber have been widely recognized for their use of technology. The ABA Journal named the attorneys to its list of “America’s Techiest Lawyers.”

A local bank used humor to promote its expanding home loan business. FirstBank, which operates 15 branches in the Metro Phoenix area, put up a billboard within a mile of University of Phoenix Stadium — where the New England Patriots played the Seattle Seahawks in the Super Bowl on Feb. 1 — with the following message: “Deflate mortgages, not footballs.” FirstBank has a history of jumping on news-making events — like “Deflategate” — and has used it as a successful marketing strategy. 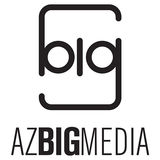