THE YEAR THAT’S BEEN

Ever since we built our first bike we’ve had a passion for increasing the awareness and participation in cycling at all levels – from recreational to competitive – and have strived to make it more accessible to all of the community. We dedicate a large amount of energy and resource into sponsoring and developing local athletes, supporting community cycling events and working with various organisations to grow cycling as a whole. Currently we sponsor 37 elite athletes competing on the world stage.

NZ track team choose Pista Team bikes to take on the world at the velodrome.

Partnership with Oval Concepts to develop the first in the world JetStream Technology incorporated into the frame, dramatically reducing drag created by the rear wheel. The new season now sees other bike brands following our lead.

2004 First ALL Carbon frames introduced to both Road & MTB

The Australian Savings & Loans Cycling Team and New Zealand’s Subway Cycling Team have continued to be a strong force in local and international tours and are proving to be the ideal environment to introduce and develop our top cyclists into professional team racing. 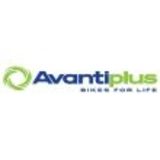