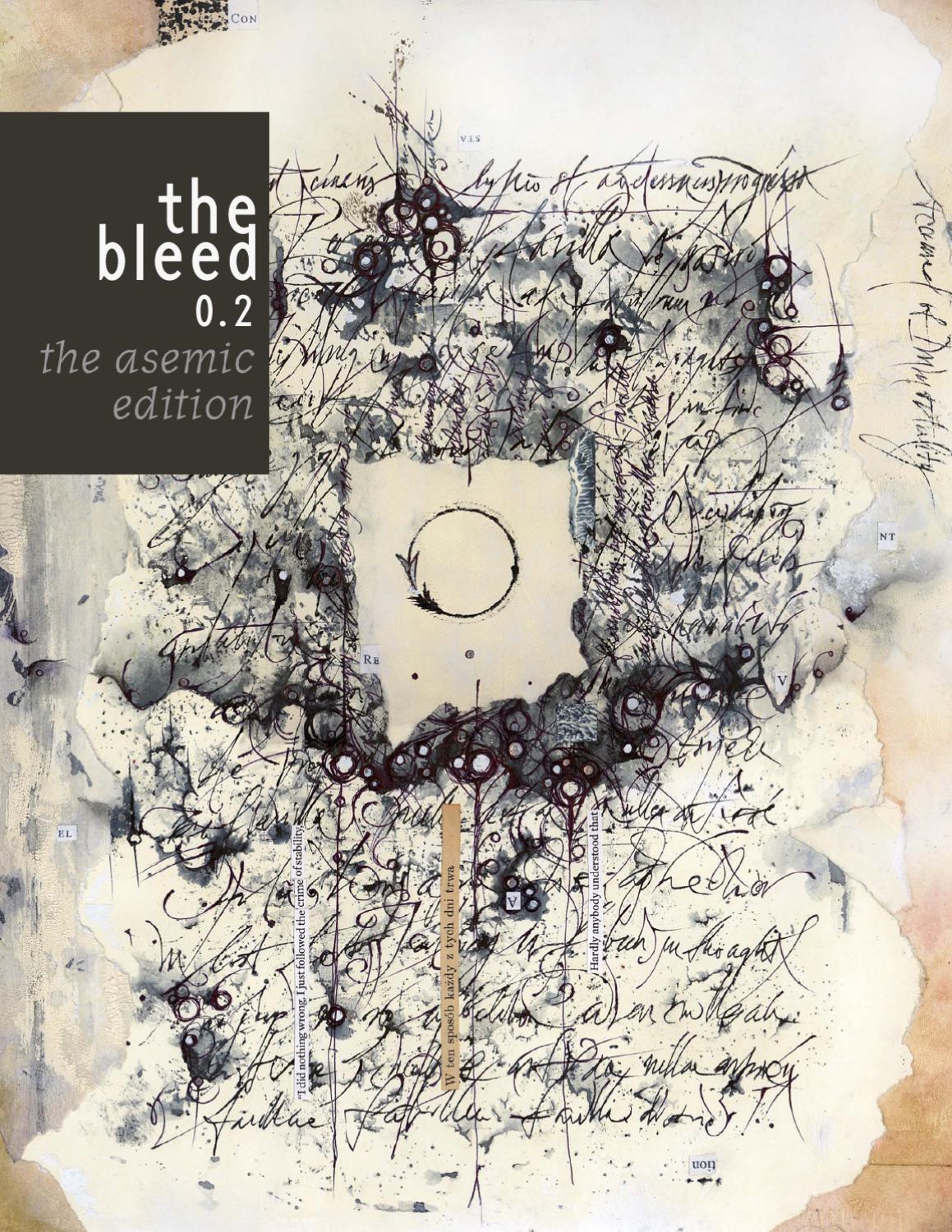 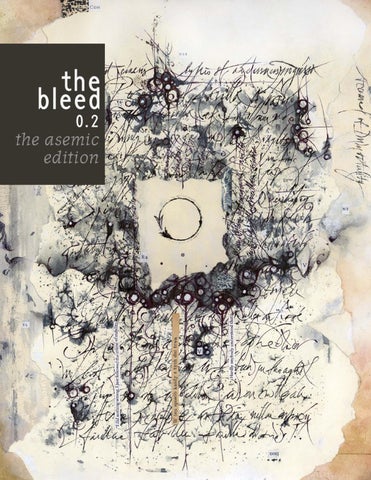 What the f#@! is asemic writing anyway? Well, in a way, you just used it.

The fact is that, alien as the term may seem, asemic writing is not at all unfamiliar or mysterious to most of us. In f#@!, asemic writing is applied as a form of code, one which obscures familiar speech in order to enable its socially transgressive use. It is language, writing, no matter how obscured because it remains cognizable, communicative—we all know what the author intends. But such is far from the only available application of asemic writing. It has appeared countless times throughout our history, from the logoretic effusions of Artaud to the mescaline-tinged scribblings of Michaux to the unsteady script of a child. It is language attempting to communicate via its own elision.

objective realities), such as language— remain those “fragments [we] have shored against [our] ruins”. Whatever the significance of this struggle against chaos and unmeaning might be, the fact remains that asemic writing proves a vital, creative, and possibly even intuitive form of expression whereby the means, tools, media, and formats of written expression are more or less brutally applied to the making of some as-yet-ill-defined kind of meaning, be it emotional, aesthetic, or cryptolinguistic. And in this issue of the bleed, we present a small host of today’s many innovative explorers of this new/not-new territory that is writing rendered silent. The means and methods by which they approach this mute speaking are many and varied, and not all may seem either asemic or writing to the perceptive reader.

Destroyed, rendered null and void by its author’s own hand, language attempts, like iron filings drawn by a magnet, to reform itself, to speak against its own silencing. The process by which such writing is “read” is analogous to the perceptual processes by which we smash clouds into mad, dancing goats and massive merry-go-rounds, see faces in the gnarled convolutions of tree bark and rock crevice, or see stories unfolding in an abstract painting’s confusion.

Indeed, the experiments archived here range from the hyper-elegant calligraphy of Jakub Niedziela—wherein the semic attains its negation through a sinuous beauty—to the scanned fields of the blank and dark of Massimo Sannelli, from the low-res web-app-created spidery scribblings of Keith Higginbotham to the text-in-search-of-transcendence strivings of Bruno Neiva. Each author approaches this battlefield where meaning and emptiness struggle incessantly from their own route, illuminating the vastness of the field on which this war is waged.

In a sense, then, the term “asemic” is a bit of a dodge—in these works we may leave language and its (standard) ways of meaning aside, but the hunt for it goes on.

Edict of the Eclipse (opposite)

Detail from Accused of Jakub Niedziela, born 1986 in Krosno, Poland. Exploring the worlds of thought and words Immortality as a student of English linguistics and Polish philology, in his art he attempts an intuitive (below) and imaginative expansion of their landscapes, making the themes of book and script his main inspiration. Having no artistic prejudices, he melds different traditions and techniques into a unique visual hybrid. Working with very mixed media, mostly with calligraphy, collage and oils, he juggles with surrealism, abstract art and conceptualism. The result is an art which reveals a love of mythologizing, of juxtapositions, and of mystery. Niedziela had one individual exhibition in 2009 and has taken part in several collective ones—recently showcasing his work at Trijenale Vizuelne i Eksperimentalne Poezije in Valjevo, Serbia. He is a multiple winner of the main prizes at local art shows and competitions. His works have been published in: „Principia Aesthetica” (Vol. 0, May 2006), an anthology of contemporary Slavic arts called Między Ochrydą a Bugiem [Between Ohrid and the Bug] (2010), the Serbian magazine „AKT” (2010), the fanzine „Virus. Jezgro. Ikona” (Vol. 6,47. 2011), and also in The Art of Collage Yearbook 2010-2011, among other minor publications and blog features. He created two digital books, Metaphoricon and Luminalchemist’s Diary, which you can find at Issuu.com. His other artistic activities include commissioned work illustrating volumes of poetry, book cover designs, and lettering. Recent destinations on his creative path include the domains of asemic writing, minimalism, traditional collage and drawing. To follow Niedziela’s search for a mysterious kind of beauty, drop by Between Habit and Myth at versatis.wordpress.com, a personal art travelogue.

is a Montreal based artist as well as co-curator and resident-at-large of Monastiraki, a gallery/boutique in Mile End, Montreal. His art practice is informed by his activities as a collector, archivist, teacher and curator. He is the author of two graphic novels, one book of posters and countless mini books, zines, pamphlets and assorted ephemera. He is also a co-founder of Expozine, one of Canada&#39;s largest and most well respected Small Press Fairs. His foray into concrete poetry and asemic writing started early via a love for mysterious symbols, rock â&amp;#x20AC;&amp;#x2DC;nâ&amp;#x20AC;&amp;#x2122; roll lettering and SF&amp;F. Xerox manipulations and mail-art sealed the dealed in the early 1990s.

in Columbia, South Carolina. His chapbooks/ebooks are Carrying The Air on a Stick, Prosaic Suburban Commercial, and Theme From Next Date.

massimo sannelli was born in 1973. He lives and works in Genoa, Italy, where he works as an editor, translator, actor, and writer. He collaborated with the Italian director Pietro Marcello in order to make “La bocca del lupo” (2009, Caligari Preis, Berlin Festival; Nastro d’argento; David di Donatello). As an actor, he likes working with voice and music. He translated Emily Dickinson’s Poems (La Camera verde, Rome 2008) and two of Eric Suchère’s books (Fissa, desola in inverno; Dans l’atmosphère de). His website is: www.massimosannelli.splinder.com

Morning Dervish 15in x 30in acrylic on canvas

Amarantine 36in x 18in acrylic on canvas (opposite)

On a good morning—those mornings when I don’t stumble directly to the kitchen for coffee—I start the day with the five Tibetan Rites. The first rite is whirling, like a dervish. And so Morning Dervish came to be.

Amarantine is an ancient word, which means eternity. At the time I painted this, I didn’t know that … I was simply inspired by the song of the same name by Enya. The calligraphy in this piece is asemic.

was raised in southern Ontario, on the rocky shore of Lake Erie, surrounded by the rhythms of wind, waves and beach grasses. Thus began a lifelong appreciation of rhythm—in nature, music, art and calligraphy. Now settled in Shawnigan Lake, British Columbia, her current work encompasses both verbal and non-verbal calligraphy. Inspiration comes from many sources including music, lyrics, poetry, prose, Asian art, historical western manuscripts and the dramatic beauty of the west coast landscape. Alice’s objective is to evoke a sense of wonder and mystery in the viewer. She alludes to the beauty in her world and also suggests other worlds, other cultures, other views and other viewpoints. Her work has been featured in the Italian design magazine Graphis (October 2005) and has been selected for inclusion in the American publication Letter Arts Review for their Annual International Awards issues for 2005 and 2006. In July 2007, her work was included in a juried American calligraphy exhibition, Responding to our World. She is an active member of Victoria’s Fairbank Calligraphy Society, and editor of their newsletter. She is also a member of Cowichan Valley Warmland Calligraphers. She teaches workshops and also continues to study at every opportunity with top international calligraphers.

Exit Impossible To Imagine With Wings

—Robert Chrysler, author of Every Exit Impossible To Imagine With Wings

Pieces from Eric Goddard-Scovel’s LINES Televispo, by Nico Vassilakis Five from Mike Cannell Five Pieces from Staunch by Sean Burn Five from Carlyle Baker Some Speartips, by Zachary Bos sınır yine sınır: border again border, by Aysegül Tözeren Three lexical works from John M. Bennett Four from Bernd Reichert Three from Andrew Topel How the Poem Is Born, by Peter Ciccariello Anchor What, by Vernon Frazer Two from Márton Koppány The Shape of Poems, by Rosaire Appel Plus On a Letter Sufficient for Visual Poetry, an essay by Iain Macdonald Matheson 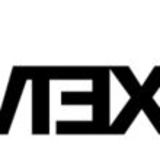