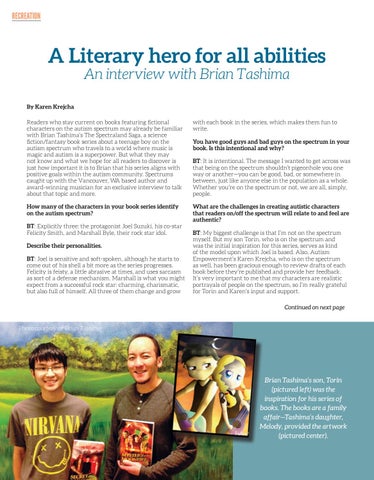 A Literary hero for all abilities An interview with Brian Tashima

Readers who stay current on books featuring fictional characters on the autism spectrum may already be familiar with Brian Tashima’s The Spectraland Saga, a science fiction/fantasy book series about a teenage boy on the autism spectrum who travels to a world where music is magic and autism is a superpower. But what they may not know and what we hope for all readers to discover is just how important it is to Brian that his series aligns with positive goals within the autism community. Spectrums caught up with the Vancouver, WA based author and award-winning musician for an exclusive interview to talk about that topic and more.

with each book in the series, which makes them fun to write.

How many of the characters in your book series identify on the autism spectrum?

What are the challenges in creating autistic characters that readers on/off the spectrum will relate to and feel are authentic?

BT: Explicitly three: the protagonist Joel Suzuki, his co-star Felicity Smith, and Marshall Byle, their rock star idol. Describe their personalities. BT: Joel is sensitive and soft-spoken, although he starts to come out of his shell a bit more as the series progresses. Felicity is feisty, a little abrasive at times, and uses sarcasm as sort of a defense mechanism. Marshall is what you might expect from a successful rock star: charming, charismatic, but also full of himself. All three of them change and grow

You have good guys and bad guys on the spectrum in your book. Is this intentional and why? BT: It is intentional. The message I wanted to get across was that being on the spectrum shouldn’t pigeonhole you one way or another—you can be good, bad, or somewhere in between, just like anyone else in the population as a whole. Whether you’re on the spectrum or not, we are all, simply, people.

BT: My biggest challenge is that I’m not on the spectrum myself. But my son Torin, who is on the spectrum and was the initial inspiration for this series, serves as kind of the model upon which Joel is based. Also, Autism Empowerment’s Karen Krejcha, who is on the spectrum as well, has been gracious enough to review drafts of each book before they’re published and provide her feedback. It’s very important to me that my characters are realistic portrayals of people on the spectrum, so I’m really grateful for Torin and Karen’s input and support. Continued on next page

Brian Tashima’s son, Torin (pictured left) was the inspiration for his series of books. The books are a family affair—Tashima’s daughter, Melody, provided the artwork (pictured center). 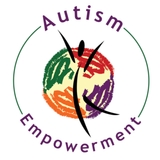