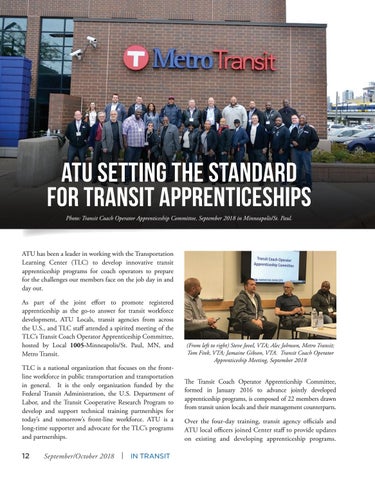 ATU has been a leader in working with the Transportation Learning Center (TLC) to develop innovative transit apprenticeship programs for coach operators to prepare for the challenges our members face on the job day in and day out. As part of the joint effort to promote registered apprenticeship as the go-to answer for transit workforce development, ATU Locals, transit agencies from across the U.S., and TLC staff attended a spirited meeting of the TLC’s Transit Coach Operator Apprenticeship Committee, hosted by Local 1005-Minneapolis/St. Paul, MN, and Metro Transit. TLC is a national organization that focuses on the frontline workforce in public transportation and transportation in general. It is the only organization funded by the Federal Transit Administration, the U.S. Department of Labor, and the Transit Cooperative Research Program to develop and support technical training partnerships for today’s and tomorrow’s front-line workforce. ATU is a long-time supporter and advocate for the TLC’s programs and partnerships. 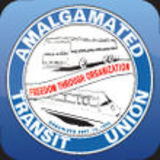