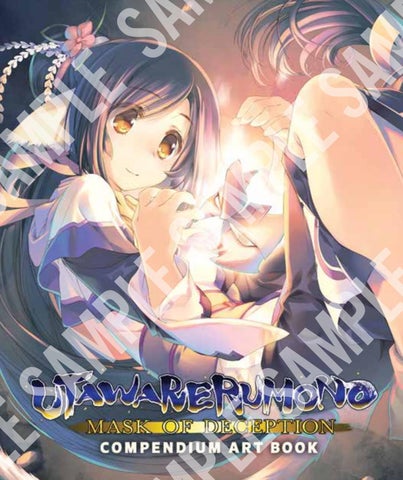 The protagonist of this story, who awakens in a strange, snowy land with nothing more than the clothes on his back to his name. Kuon charitably takes him in andâ&amp;#x20AC;&amp;#x201D;upon discovering that he suffers from total amnesiaâ&amp;#x20AC;&amp;#x201D;names him Haku, and he travels with her for lack of any other clear options in his new surroundings. Most would call him chronically lazy and flippant, but when the need arises, he navigates dangerous situations with surprising intelligence and craftiness.

His physical ability, on the other hand, is so pathetic that Kuon worries about leaving him unattended for fear of finding him dead in a ditch.

The protagonistâ&amp;#x20AC;&amp;#x2122;s energetic savior and caretaker, and the girl who gave him the name Haku. She possesses no small amount of cheer and wit, and despite her young age demonstrates an exceptional aptitude for her work as an apothecary. Though much of her personal life is shrouded in mystery, she seems to be traveling to see the world.

Hororon birds cannot fly, and instead run on the ground. They’ve been domesticated for roles as pets or a source of food, and some breeds have radiantly colorful plumage.

Cocopo, Rulutieh’s mount, is an abnormally giant hororon bird with a penchant for mischief. It adores Rulutieh, and seems aggressively fond of Haku—sometimes overbearingly so. WING DETAILS

A creature similar to a dog or a wolf. They will form packs in the wild. If domesticated, they can be very friendly to people, and can be trained as guard dogs as well as military dogs. Dog races in which orkes are raced against each other is a form of popular entertainment.

A gelatinous creature with a translucent body. It does not have a particular shape it stays in, but at times what looks like humanoid faces will appear on its surface. They reside in areas that are not exposed to sunlight such as within caves or deep underground. Any who wander into their territory are consumed by them. No one really knows much of their ecology or biology except that they seem to be immortal.

LOOKS AS THOUGH ITS BODY IS CONSTANTLY BOILING. AS IT MOVES SPECS OF IT WILL BE SHOT OUT AND STREAMS OF THE LIQUID WILL POUR OUT.

THE ENDS OF THE PROTRUSIONS WILL HAVE FINGER LIKE GROWTHS AS THOUGH IT IS A HAND.

ADULT GIANT CENTIPEDE. THE FANGS AND THE BOTTOM JAW IS BIGGER

A centipede-like creature. It lives within the mountains and has poisonous fangs. Usually they are not a huge threat, but lately they have begun to form swarms and attack people. Rarely, one of the gigiris will grow to ten times the average size, and these specimens are called Boro-Gigiris.

One who governs a land, applicable to anyone from a national governor to the Mikado himself. The term is synonymous to “king,” and is used even in foreign countries.

This refers to a practice in war abhorred by most modern, civilized countries. Some armies would, in their conquest of enemy lands, kidnap civilians and hold their loved ones as ransom—forcing the able-bodied to fight for their conquerors as “nakwan”: expendable slave soldiers.

A mononofu is a warrior of discipline and honor, usually guided by loyalty rather than a contract. Their code as a warrior is part of their very identity, and they treat other mononofu—even enemies—with a certain respect, both in peace and in battle.

The afterlife reserved for those who sinned in the mortal world. The demons who reside there are said to torment evil souls for eternity, and the word “Denebokshiri” itself is considered mild profanity.

Opposing Denebokshiri, Kotuahamuru is the destination for souls who have done good in the world. Interpretations vary, but some mononofu see it as a place of eternal feasting and celebration.

Mythical fiends, ranging from minor tricksters to harbingers of godlike power. While only figures of legend, the most powerful are considered tantamount to avatars of death.

Priestesses trained in the practice of religious rites. It’s sometimes a hereditary position, with the title handed down from mother to daughter. Some kamunagi are entrusted with specific sacred duties.

Since the gorgeous art style of Mask of Deception brings a world filled with intriguing characters, rich history, and beautiful lands to life, it's only right that we created bonus items that celebrates the game's bewitching aesthetics. Here's what you'll get when you pre-order or grab a limited launch edition of the game: Utawarerumono: Mask of Deception Compendium Art Book—This 50 page paperback art book contains art/information about some of the unlikely heroes, fantastical creatures, exotic locales and more! The book also features concept art and developer notes that shows a glimpse of the creative process behind building a mystical world. Oh, and it also includes information about the mighty Yamato Empire and its surrounding nations that'll serve as a guide to those unfamiliar with the Utawarerumono series. Collector's Slipcase—The physical game and art book will be enveloped by a protective slipcase. 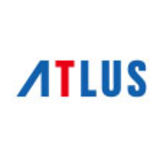