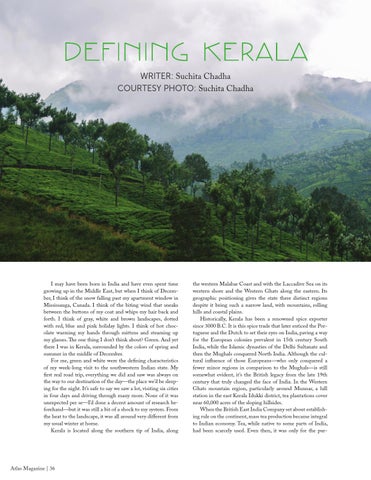 I may have been born in India and have even spent time growing up in the Middle East, but when I think of December, I think of the snow falling past my apartment window in Mississauga, Canada. I think of the biting wind that sneaks between the buttons of my coat and whips my hair back and forth. I think of gray, white and brown landscapes, dotted with red, blue and pink holiday lights. I think of hot chocolate warming my hands through mittens and steaming up my glasses. The one thing I don’t think about? Green. And yet there I was in Kerala, surrounded by the colors of spring and summer in the middle of December. For me, green and white were the defining characteristics of my week-long visit to the southwestern Indian state. My first real road trip, everything we did and saw was always on the way to our destination of the day—the place we’d be sleeping for the night. It’s safe to say we saw a lot, visiting six cities in four days and driving through many more. None of it was unexpected per se—I’d done a decent amount of research beforehand—but it was still a bit of a shock to my system. From the heat to the landscape, it was all around very different from my usual winter at home. Kerala is located along the southern tip of India, along

the western Malabar Coast and with the Laccadive Sea on its western shore and the Western Ghats along the eastern. Its geographic positioning gives the state three distinct regions despite it being such a narrow land, with mountains, rolling hills and coastal plains. Historically, Kerala has been a renowned spice exporter since 3000 B.C. It is this spice trade that later enticed the Portuguese and the Dutch to set their eyes on India, paving a way for the European colonies prevalent in 15th century South India, while the Islamic dynasties of the Delhi Sultanate and then the Mughals conquered North India. Although the cultural influence of those Europeans—who only conquered a fewer minor regions in comparison to the Mughals—is still somewhat evident, it’s the British legacy from the late 19th century that truly changed the face of India. In the Western Ghats mountain region, particularly around Munnar, a hill station in the east Kerala Idukki district, tea plantations cover near 60,000 acres of the sloping hillsides. When the British East India Company set about establishing rule on the continent, mass tea production became integral to Indian economy. Tea, while native to some parts of India, had been scarcely used. Even then, it was only for the pur- 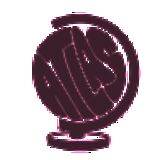