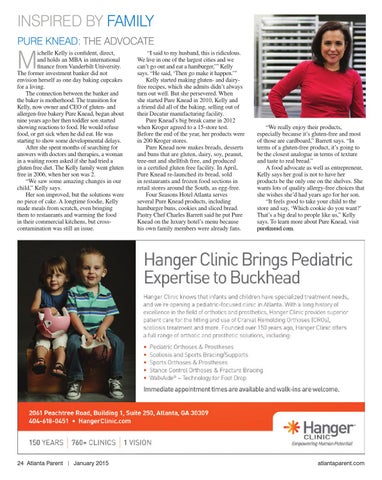 ichelle Kelly is confident, direct, and holds an MBA in international finance from Vanderbilt University. The former investment banker did not envision herself as one day baking cupcakes for a living. The connection between the banker and the baker is motherhood. The transition for Kelly, now owner and CEO of gluten- and allergen-free bakery Pure Knead, began about nine years ago her then toddler son started showing reactions to food. He would refuse food, or get sick when he did eat. He was starting to show some developmental delays. After she spent months of searching for answers with doctors and therapies, a woman in a waiting room asked if she had tried a gluten free diet. The Kelly family went gluten free in 2006, when her son was 2. “We saw some amazing changes in our child,” Kelly says. Her son improved, but the solutions were no piece of cake. A longtime foodie, Kelly made meals from scratch, even bringing them to restaurants and warming the food in their commercial kitchens, but crosscontamination was still an issue.

“I said to my husband, this is ridiculous. We live in one of the largest cities and we can’t go out and eat a hamburger,’” Kelly says. “He said, ‘Then go make it happen.’” Kelly started making gluten- and dairyfree recipes, which she admits didn’t always turn out well. But she persevered. When she started Pure Knead in 2010, Kelly and a friend did all of the baking, selling out of their Decatur manufacturing facility. Pure Knead’s big break came in 2012 when Kroger agreed to a 15-store test. Before the end of the year, her products were in 200 Kroger stores. Pure Knead now makes breads, desserts and buns that are gluten, dairy, soy, peanut, tree-nut and shellfish free, and produced in a certified gluten free facility. In April, Pure Knead re-launched its bread, sold in restaurants and frozen food sections in retail stores around the South, as egg-free. Four Seasons Hotel Atlanta serves several Pure Knead products, including hamburger buns, cookies and sliced bread. Pastry Chef Charles Barrett said he put Pure Knead on the luxury hotel’s menu because his own family members were already fans.

“We really enjoy their products, especially because it’s gluten-free and most of those are cardboard,” Barrett says. “In terms of a gluten-free product, it’s going to be the closest analogue in terms of texture and taste to real bread.” A food advocate as well as entrepreneur, Kelly says her goal is not to have her products be the only one on the shelves. She wants lots of quality allergy-free choices that she wishes she’d had years ago for her son. “It feels good to take your child to the store and say, ‘Which cookie do you want?’ That’s a big deal to people like us,” Kelly says. To learn more about Pure Knead, visit pureknead.com. 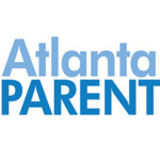