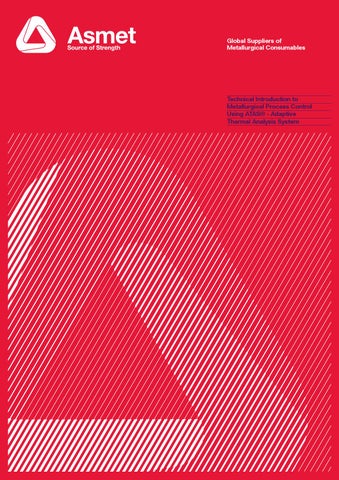 Technical Introduction / Technical Introduction to Metallurgical Process Control Using ATAS® - Adaptive Thermal Analysis System Metallurgical Process Control Problems Many of the mechanisms behind crystallisation and growth of austenite and graphite are only partially understood. While alloying elements may alter physical properties of cast iron, the final properties and especially the behaviour of the alloy during solidification, cannot be accurately predicted and controlled by chemical analysis alone. The practical foundryman experiences these problems daily in the form of unexpected casting defects, low yields and variation in physical properties. Solving your problems with ATAS® (Adaptive Thermal Analysis System) ATAS® is an innovative system developed by Novacast Systems and is based on advanced thermal analysis for the monitoring and control of melt and treatment processes in cast iron foundries.

Our Service to You Our metallurgists can visit your foundry to conduct trials using a portable ATAS® unit, which is also available for hire. With the benefit of our knowledge and experience we are confident that improvements can be made in metallurgical process control, including careful selection of materials including high purity pig iron, Ferro Alloy additions, base iron preconditioners, Magnesium Ferro Silicon / nodularisers, Ferro Silicon inoculants, fluxing agents, ceramic metal filters and inmould inoculants. Conducting Trials with ATAS® During ATAS® trials, a wide range of factors are taken into account, and are explored in detail in this technical introduction article. Two of the most significant influences on the behaviour and properties of iron are solidification and inoculation.

Figure 2 – shows how the cooling curve is modified by inoculation.

Effect of Inoculation with Ferro Silicon Based Inoculants Inoculation adds or initiates nucleation sites to the melt. Most Ferro Silicon inoculants are based on 75% Ferro Silicon (FeSi) containing controlled amounts of oxidising elements such as Aluminium (Al), Barium (Ba), Calcium (Ca), Strontium (Sr), Cerium (Ce), and Zirconium (Zr) etc. Fig 2 - shows how the cooling curve is modified by inoculation. The effect on the cooling curve is normally as follows: • TElow increases substantially (provided base level nucleation is low) • TEhigh increases but not as much as TElow • Recalescence (TEhigh-TElow) decreases (can increase in certain cases if the iron is hypereutectic) • TS i.e. the solidus temperature increases Graphite factor 1 (Calculated by ATAS) increases Graphite factor 2 and 3 (Calculated by ATAS) decrease. In ATAS® these thermal parameters can be used in order to optimise the additions of inoculant. Suitable inoculation reduces the likelihood of chill and inverse chill formation as well as controlling graphite morphology and distribution.

Metallurgical Process Control Problems / ATAS® Terminology – When using ATAS® and analysing the results it is important to fully understand the factors and terminology used. 1. Liquidus Temperature The liquidus temperature TL is directly linked to the carbon equivalent (CEL). Thus if the liquidus is within certain limits we know that CEL is OK.

The oxygen level influences Liquidus. A certain oxygen level must be available in the base metal to ensure the iron responds to inoculation and allow the formation of nuclei.

By comparing the theoretical liquidus temperature in an oxygen-free condition with the liquidus measured by ATAS we can obtain an indirect measure of the oxygen level. Factors that increase the oxygen content in iron are: • High quantity of rusty scrap in the charge • High preheating temperature of the charge in an oxidizing atmosphere • Prolonged holding of the melt in an open bath within the interval TEQ+50°C to TEQ+100°C (TEQ=Equilibrium temperature for the alloy). • Pouring the iron from a furnace or ladle • Low CEL • Alloying with Bismuth • Thin-walled steel scrap in the electric furnace • Addition of reactive iron oxides (Fe3O4) • Factors that decrease oxygen content: Addition of deoxidants e.g. aluminium, inoculant or magnesium • Holding (&gt;20 minutes) at temperature &gt;TEB+50°C (TEB=Carbon boil temperature) • Addition of metallurgical silicon carbide (SiC) in the furnace with first charge High oxygen levels demand increased magnesium additions in ductile iron and can cause casting defects such as pinholes and micro shrinkage. Low oxygen content increases the tendency for white solidification and reduces the effectiveness of nodularisation and inoculation. The oxygen level must be adjusted to an optimal zone for each alloy type and area of usage. If liquidus is within limits then we know that: • The carbon equivalent is OK • The level of free oxygen is OK

TElow is influenced by inoculation and is therefore a sensitive measure of the effectiveness of the inoculant. If the low eutectic temperature is within limits then we know that: • The nucleation status is OK • The risk for chill is low 3. Recalescence, R The recalescence is a measure of the rate of eutectic precipitation at an early stage. Eutectic growth during recalescence is often related to a volume expansion of the iron due to precipitation of graphite but also due to an increase in temperature. • Therefore recalescence tells us about initial eutectic growth, which is related to inoculation. • Very high recalescence is harmful in green sand moulds, causing mould dilation and subsequent shrinkage porosity. If the recalescence is within limits we know that: • The nucleation of eutectic is OK • Initial volume expansion is OK

If GRF2 is within limits we know that: • The amount of eutectic graphite is OK • The graphite structure is most likely OK

A low value of GRF2 indicates a high thermal conductivity. It is associated with a high amount of graphite precipitation, which is needed to avoid micro shrinkage &amp; porosity.

7. Solidus Temperature, TS The solidus temperature is a good quality indicator. Several elements segregate to the last metal to solidify and there they will influence the solidification temperature. Thus if the solidus suddenly starts to decrease then it is an indication that something has happened with the materials being used.

GRF 2 combined with the first derivative at solidus (dT/ dt TS)) is a sensitive indicator for heat conductivity and thereby for graphite shape and nodule count in ductile iron. Grey iron has higher heat conductivity than ductile and therefore has GRF2 values that are lower than ductile. Typical grey values fall between 15-30 versus 25-70 for ductile. For Grey Iron GRF 2 should be maximised to 30 and the depth of the first derivative at solidus (dT/dt TS) should be less than -3.5 (i.e. deeper). For SG a low GRF 2 value (less than 40) indicates a high nodule count and a low tendency for micro shrinkage especially if dT/dt TS is low (&lt;-3).

A very low solidus (lower than the white eutectic temperature, measured with a cup containing tellurium) might cause inverse chill, i.e. carbides in the centre of the casting. This might also lead to porosity, as too little eutectic graphite is available to compensate for the contraction of the austenite. If TS is within limits we know that: • Tramp elements are within limits • The risk for inverse chill is low

Asmet is committed to providing its customers with trusted and established expertise. We are an ISO approved and accredited company by the leading awarding bodies and are dedicated to working with all of our sales and technology partners. / Regardless of where you are in the world, you can forge ahead with your business and trust Asmet to deliver. / If you would like to talk to us about our products or services email us at contact@asmet.com or call us on +44 (0)1246 290 300 / asmet.com 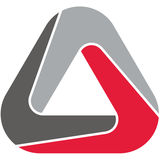