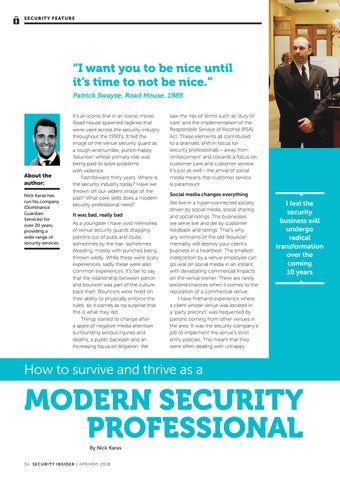 About the author: Nick Karas has run his company (Dominance Guardian Services) for over 20 years, providing a wide range of security services.

It’s an iconic line in an iconic movie. Road House spawned taglines that were used across the security industry throughout the 1990’s. It fed the image of the venue security guard as a rough-and-tumble, punch-happy ‘bouncer’ whose primary role was being paid to solve problems with violence. Fast-forward thirty years. Where is the security industry today? Have we thrown off our violent image of the past? What core skills does a modern security professional need? It was bad, really bad As a youngster I have vivid memories of venue security guards dragging patrons out of pubs and clubs, sometimes by the hair, sometimes bleeding, mostly with punches being thrown wildly. While these were scary experiences, sadly these were also common experiences. It’s fair to say that the relationship between patron and bouncer was part of the culture back then. Bouncers were hired on their ability to physically enforce the rules; so it comes as no surprise that this is what they did. Things started to change after a spate of negative media attention surrounding serious injuries and deaths, a public backlash and an increasing focus on litigation. We

saw the rise of terms such as ‘duty of care’ and the implementation of the Responsible Service of Alcohol (RSA) Act. These elements all contributed to a dramatic shift in focus for security professionals – away from ‘enforcement’ and towards a focus on customer care and customer service. It’s just as well - the arrival of social media means that customer service is paramount. Social media changes everything We live in a hyper-connected society driven by social media, social sharing and social ratings. The businesses we serve live and die by customer feedback and ratings. That’s why any remnants of the old ‘bouncer’ mentality will destroy your client’s business in a heartbeat. The smallest indiscretion by a venue employee can go viral on social media in an instant, with devastating commercial impacts on the venue owner. There are rarely second-chances when it comes to the reputation of a commercial venue. I have firsthand experience where a client whose venue was located in a ‘party precinct’ was frequented by patrons coming from other venues in the area. It was the security company’s job to implement the venue’s strict entry policies. This meant that they were often dealing with unhappy

How to survive and thrive as a

In this issue: Women in Security shifting the gender balance, how to survive and thrive as a modern security professional, workplace relations in 2018 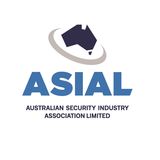