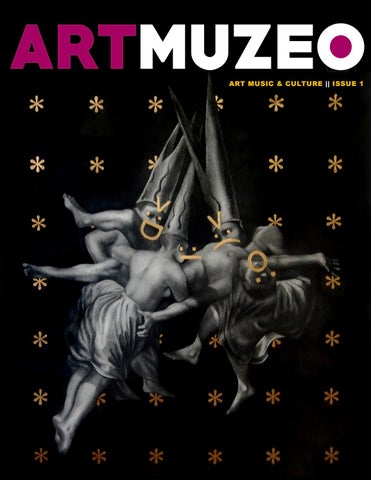 MAGAZINE Art Muzeo is an art, music, and culture magazine. We celebrate artist’s accomplishments as well as supporting artists who have only just started with their creative careers. The objective is to give artists and musicians another outlet to present, market, and sell their masterpieces. We love to discover talent and sharing it with the world and bringing the art community together. We celebrate all art cultures and support local artists, mom and pop shops, and handcrafters. We keep everyone informed on upcoming art and music events or opportunities.

Special thanks to all the artists involved in this innagural issue. Without you, this would not be possible.

To submit your work for consideration visit www.artmuzeomagazine.com.

ALEXDIFFIN Born in Danbury, Connecticut, Alex Diffin moved to Southern California at the age of seven and currently lives in Long Beach. While always an artist at heart, Alex did not fully pursue her passion until 2014. That year, her mother tragically suffered from a ruptured brain aneurysm and barely survived. After that, Alex dove in full steam as an artist in order to help care for her mom, as well as simply realizing life was too short not to. Her pop contemporary abstract portraiture, often displaying themes of bright, chaotic color, can be found in galleries around Southern California. Her work is also available via her website, www.alexdiffin.com

For the past several years, Andrew has used images from art history to begin a discussion in his drawings about the constantly evolving internet culture and its affects on society. He uses anachronistic metaphors to discuss similarities between the contemporary and the historical, in order to highlight these ironic and tongue-in-cheek redundancies. A part of this comes from his background in art restoration. He was a part of a restoration crew through the Lorenzo Di Medici School in Florence, Italy, where he helped to restore 15th, 16th, and 17th century paintings in 2009. During his time there, he also learned classical rendering techniques in painting, drawing, and gold leaf application. Learning and restoring artifacts from history ended up having a resounding effect on himself as an artist and a draftsman. He is a contemporary-medievalist -- someone who spends time researching, and obsessing over ancient and medieval history. This has been a recurring motif in his work; “Bluetooth Berserker” and “Trolling Goya” are prime examples of this. “Bluetooth Berserker”, discusses the poetic symmetry behind Bluetooth technology. Originally developed to trade digital data over short distances, it was originally named by the Ericsson Company in Lund, Sweden, after the 10th century viking Kind Harald Bluetooth who opened communications and trade between Danish tribes. The bluetooth symbol that we all see on our phones is known as a bind rune; combining the first two letters of Harald Bluetooth’s name to form his initials. What is interesting about this is how Bluetooth technology is being used today. Now, Bluetooth devices can be used to infiltrate people’s phones and seize their personal information in a form of hacking called blue-jacking. In conclusion, a piece of technology named after a viking is being used to commit acts of vikingry. And, of course, the only times we hear about this is when celebrities and the fashionable elite are the focus of these digital viking raids (que the Louis Vuitton background). In “Trolling Goya,” he drew upon Francisco Goya’s painting, “Witches in the Air” (c. 1797). Goya originally used this painting as a form of socio-political satire aimed at the European witch trials and the general state of hysteria and ignorance amongst the common populous of the time.

Andrew K. Currey was born in Pueblo, Colorado and received his Bachelors in Fine Arts at the University of North Texas in Denton, Texas, and later went to Otis College of Art and Design, where he earned his Masters in Fine Arts. He was the 2014 Artist-In-Residence of Shankill Castle in Paulstown, Ireland. Andrew currently teaches drawing at the Armory Center for Art and Design in Pasadena, California. You can see his work in the upcoming group exhibitions SURREAL SALON IX at The Baton Rouge Gallery: Center for Contemporary Art in Baton Rouge, Louisiana, and the WEST COAST BIENNIAL at Turtle Bay Exploration Park. For more information and Andrew K. Currey or his work, please visit www.andrewkcurrey.com.

The witches are wearing headpieces that resemble Episcopal mitres, or the corozas worn during the Spanish Inquisition, and are devouring an innocent, while magically hoisting him into the air. He reinterpreted this piece for a contemporary mindset. Today, we have done away with witches and witch trials, but have found a new menacing antagonist lurking in the shadows with an old world name: Trolls. Internet trolls exist to cause strife and unrest–they are the digital embodiment of an online firebrand for the naïve. Typically these trolls can be found in the comments section of most websites, and are there to turn any subject into a modern witch trial of political correctness, conspiracy theories, and ignorance. Also, the use of the asterisk is a peculiar symbol for the troll. Placing it before a statement allows them to change, edit or reinterpret other people’s words or beliefs to fit their own agenda. By placing this asterisk repeatedly in the pattern of a digital grid, he is granting himself permission to reinterpret and edit Goya’s work. So in the end, he became Goya’s troll. The use of gold in his work is meant to humorously highlight the frivolity in which users interject emoticons in digital messages. We send them off so quickly without thinking, yet they hold such emotional weight for the recipient. Emoticons are a disposable form of selfrepresentation -- a two-penny self-portrait. Of course these emoticons are rarely truthful, they provide a false front in order to uphold social niceties. This idea of a duality, or dichotomy of the self and the digital avatar (which serves as a glorified version of the self); is a running motif in works like “False Front” and “Duality of the Avatar.” But no other piece capitalizes on the multiple use of meaning quite like the drawing he did in response to the 2016 election. “Trump (or 23 Depictions of Julius Caesar)”, is his satirical comparison between Donald Trump and Julius Caesar. In the Shakespearean rendition, Roman politicians are in fear of the peoples desire for Caesar to become Emperor and do away with the Republic and risk Rome being governed by a tyrannical ruler. It is only after Caesars political party conspires to murder him and explain their actions to the people of Rome do they see how easily the masses are swayed by their carefully chosen political rhetoric.

As he watched the debates of the 2016 election, he realized that Trump and Julius Caesar are essentially the same person. This piece embodies that old saying of Art imitating life, imitating art. At the bottom right, he forged Donald Trump’s signature into the gold. But, pencil graphite does not render on top of gold, so he had to scratch away the gilded surface to show its soft underbelly. As he did this, he chuckled thinking: “How many times have people carved their names in the walls of shitty bathroom stalls in this same fashion?”

DUSTINCOX Dustin Cox (born in Sioux Falls, South Dakota) is a Los Angeles based graphic designer with a fine arts background. He is mostly inspired by the 1990’s street art scene of NYC. He looks up to artists such as Keith Haring, Retna, Aaron Delacruz, and David Salle. Growing up in Sioux Falls, Dustin found it challenging to find an arts community. He attending college in Minneapolis, MN, Dustin showcased his work in various local art shows and curated three art shows in Uptown Minneapolis. Dustin graduated with a degree in Graphic Design (Print Media) from MCTC in 2015. After graduation, Dustin moved to the vivid arts community in Los Angeles, CA. He works with multimedia and acrylics. His work is influenced by travel, typography, daily society, music, and life. Find more of his work on Instagram: @dustincoxdesign_

FILM MEETS DIGITAL SERIES Design is always in a constant flux. The images for this series were shot on his film camera, and intermingled with a touch of modern graphic design. When the colors of these images brush up against the grain of the film it creates a sense of allure.

His life is constantly in tune with the music that he listens to. He can honestly say that he couldn’t make it a day without music. This series is dedicated to the various musicians that have always been there for him in his headphones.

When he’s away from the city you can find him lost in the beauty of American landscapes. Shooting photography helps him gage how small we all really are. His goal for this series was to take the basic idea of what a landscape is and transform it into something more abstract.

Codeswitch: Fires from Mi Corazon available at irisdeanda.com/book or on Amazon.

Iris De Anda is a Guanaca Tapatia who hosts The Writers Underground Open Mic at the Eastside Cafe every third Thursday of the month. Author of CODESWITCH: Fires From Mi Corazon. www.irisdeanda.com

WHEN OUR BODIES ARE WEAPONS FOR JESSE JAMES ROMERO Born with original sin In the color of our skin Brown babies with bold becomings Because grew up in the bad hood Tell him to be good Do not run Do not walk Do not be beautiful Born blazing sun since first breath He&#39;s been fighting his 14 years without knowing that one day The bronze of his glow would fade on the asphalt This boy from Boyle Heights begotten of the streets where Brown Berets still reside Because wrong place Wrong time Wrong is wrong is wrong And the blue boys With the guns Have wronged our rights Before we all die for being born brown We will use our bodies As billboards Look at me Brave despite your bondage There is a story here which repeats You will beat me until I defeat myself On this bloody border of badges and barrios We are not bound by your orders &amp; my brothers will defy all the blades you belt out we are no longer bystanders as you shoot We are breastbone of brave mothers who will fight for each other The burden of your badge will collapse on the floor covered in all the blood you spilled Fuck the Police our bodies are weapons See me here unafraid This is war 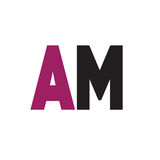