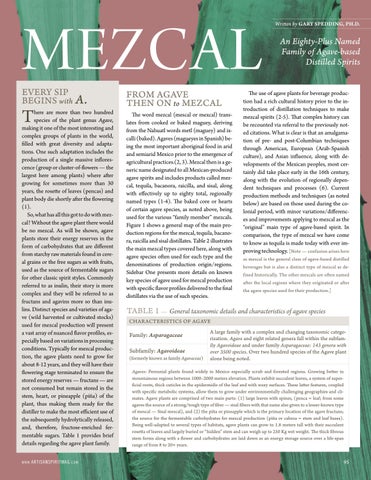 MEZCAL EVERY SIP BEGINS with A.

here are more than two hundred species of the plant genus Agave, making it one of the most interesting and complex groups of plants in the world, filled with great diversity and adaptations. One such adaptation includes the production of a single massive inflorescence (group or cluster-of-flowers — the largest here among plants) where after growing for sometimes more than 30 years, the rosette of leaves (pencas) and plant body die shortly after the flowering (1). So, what has all this got to do with mezcal? Without the agave plant there would be no mezcal. As will be shown, agave plants store their energy reserves in the form of carbohydrates that are different from starchy raw materials found in cereal grains or the free sugars as with fruits, used as the source of fermentable sugars for other classic spirit styles. Commonly referred to as inulin, their story is more complex and they will be referred to as fructans and agavins more so than inulins. Distinct species and varieties of agave (wild harvested or cultivated stocks) used for mezcal production will present a vast array of nuanced flavor profiles, especially based on variations in processing conditions. Typically for mezcal production, the agave plants need to grow for about 8-12 years, and they will have their flowering stage terminated to ensure the stored energy reserves — fructans — are not consumed but remain stored in the stem, heart, or pineapple (píña) of the plant, thus making them ready for the distiller to make the most efficient use of the subsequently hydrolytically released, and, therefore, fructose-enriched fermentable sugars. Table 1 provides brief details regarding the agave plant family. W W W . ARTISANSPIRITMAG . C O M

FROM AGAVE THEN ON to MEZCAL

The word mezcal (mescal or mexcal) translates from cooked or baked maguey, deriving from the Nahuatl words metl (maguey) and ixcalli (baked). Agaves (magueyes in Spanish) being the most important aboriginal food in arid and semiarid Mexico prior to the emergence of agricultural practices.(2, 3). Mezcal then is a generic name designated to all Mexican-produced agave spirits and includes products called mezcal, tequila, bacanora, raicilla, and sisal, along with effectively up to eighty total, regionally named types (1-4). The baked core or hearts of certain agave species, as noted above, being used for the various “family member” mezcals. Figure 1 shows a general map of the main production regions for the mezcal, tequila, bacanora, raicilla and sisal distillates. Table 2 illustrates the main mezcal types covered here, along with agave species often used for each type and the denominations of production origin/regions. Sidebar One presents more details on known key species of agave used for mezcal production with specific flavor profiles delivered to the final distillates via the use of such species.

The use of agave plants for beverage production had a rich cultural history prior to the introduction of distillation techniques to make mezcal spirits (2-5). That complex history can be recounted via referral to the previously noted citations. What is clear is that an amalgamation of pre- and post-Columbian techniques through American, European (Arab-Spanish culture), and Asian influence, along with developments of the Mexican peoples, most certainly did take place early in the 16th century, along with the evolution of regionally dependent techniques and processes (6). Current production methods and techniques (as noted below) are based on those used during the colonial period, with minor variations/differences and improvements applying to mezcal as the “original” main type of agave-based spirit. In comparison, the type of mezcal we have come to know as tequila is made today with ever improving technology. [Note — confusion arises here

as mezcal is the general class of agave-based distilled beverages but is also a distinct type of mezcal as defined historically. The other mezcals are often named after the local regions where they originated or after the agave species used for their production.]

A large family with a complex and changing taxonomic categorization. Agave and eight related genera fall within the subfamily Agavoideae and under family Asparagaceae: 143 genera with over 3500 species. Over two hundred species of the Agave plant alone being noted.

Agaves: Perennial plants found widely in Mexico especially scrub and forested regions. Growing better in mountainous regions between 1000–2000 meters elevation. Plants exhibit succulent leaves, a system of superficial roots, thick cuticles in the epidermidis of the leaf and with waxy surfaces. These latter features, coupled with specific metabolic systems, allow them to grow under environmentally challenging geographies and climates. Agave plants are comprised of two main parts: (1) large leaves with spines, (penca = leaf; from some agaves the source of a strong/tough type of fiber — sisal fibers with that name also given to a lesser-known type of mescal — Sisal mezcal), and (2) the píña or pineapple which is the primary location of the agave fructans; the source for the fermentable carbohydrates for mezcal production (píña or cabeza = stem and leaf bases). Being well-adapted to several types of habitats, agave plants can grow to 1.8 meters tall with their succulent rosetta of leaves and largely buried or “hidden” stem and can weigh up to 250 Kg wet weight. The thick fibrous stem forms along with a flower and carbohydrates are laid down as an energy storage source over a life-span range of from 8 to 20+ years.

A LETTER FROM THE EDITOR 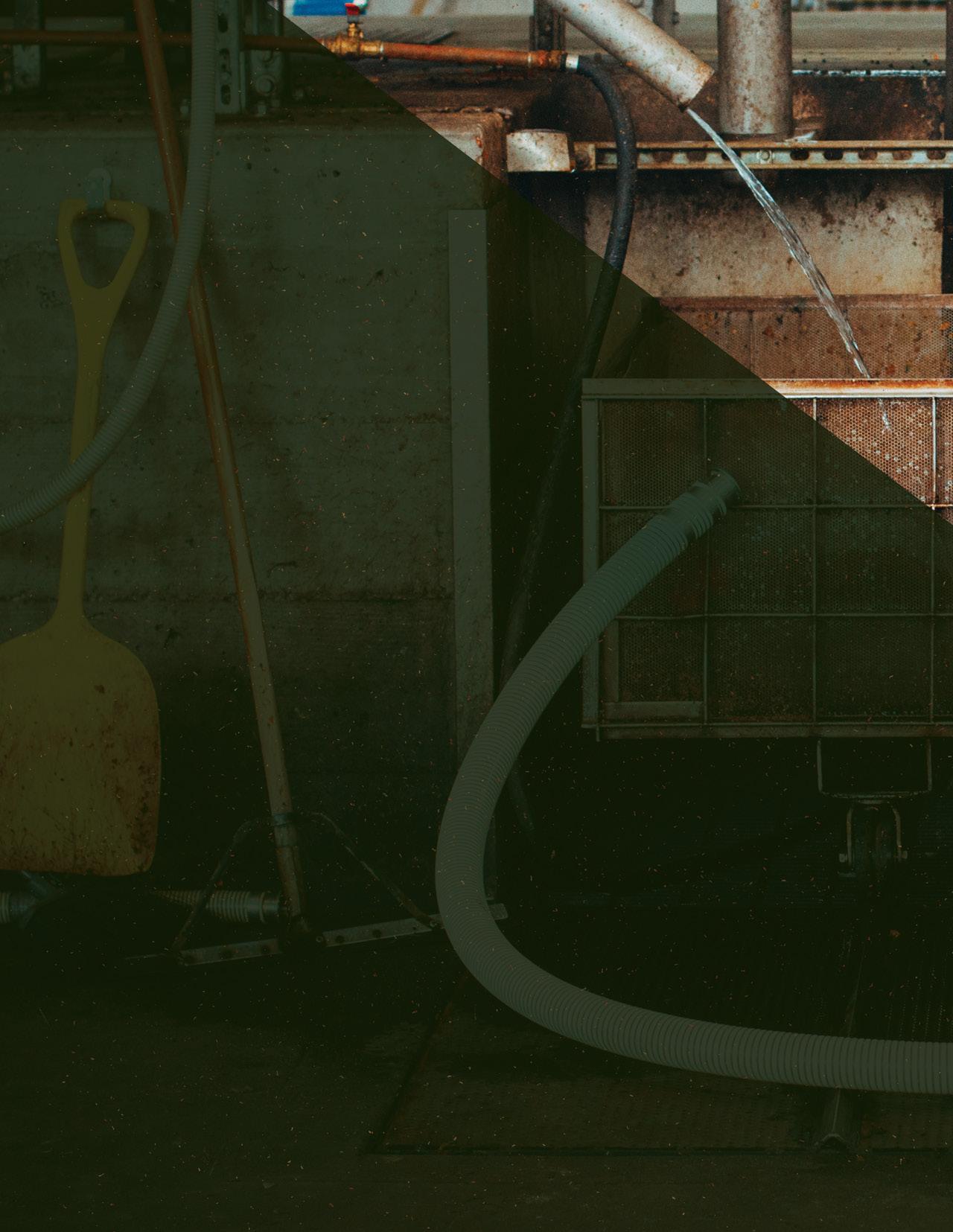 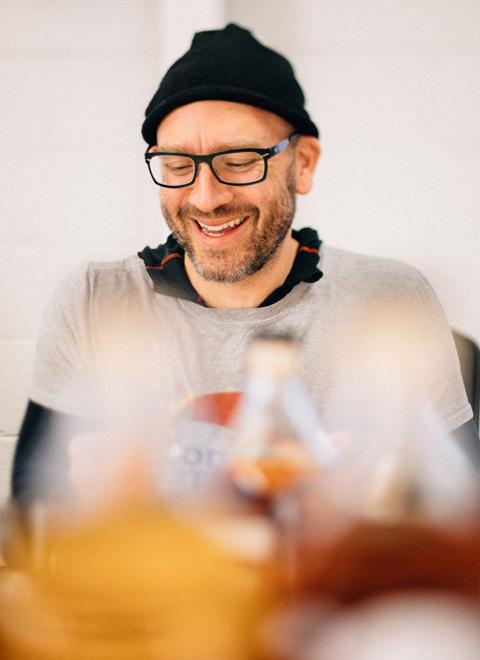 2022 ARTISAN SPIRIT OF THE YEAR

Recognizing a distiller of distinction 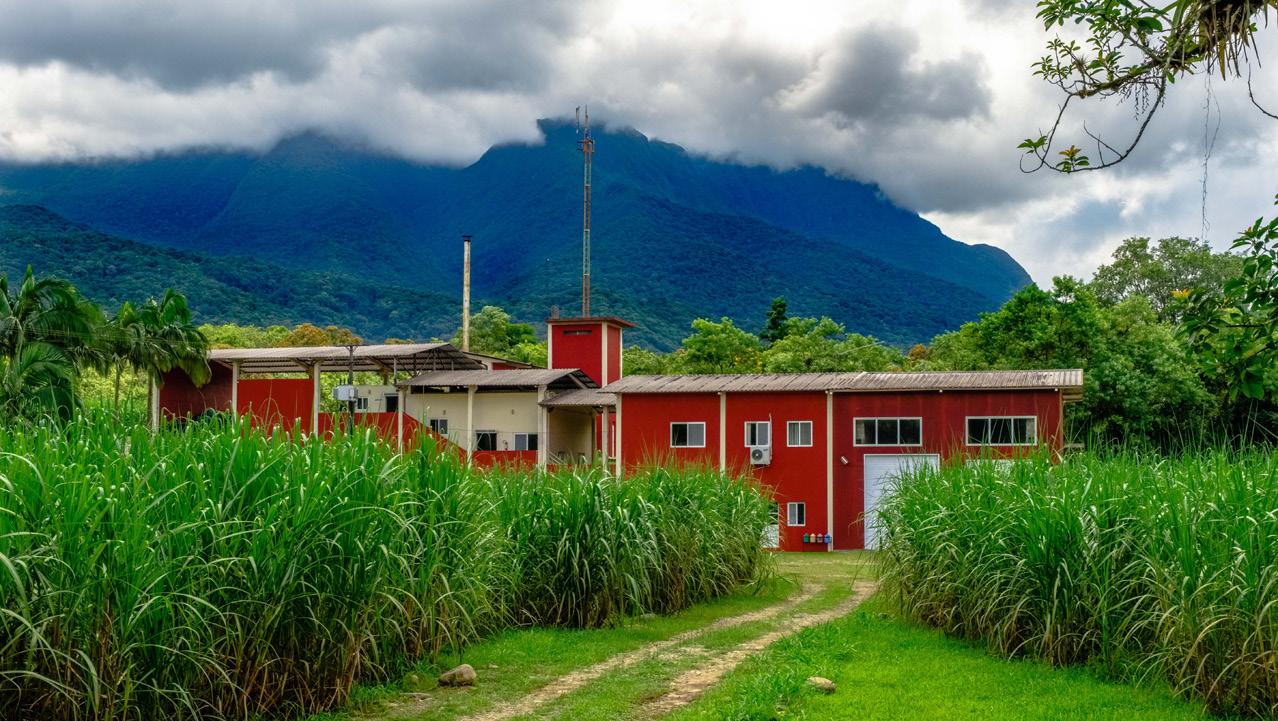 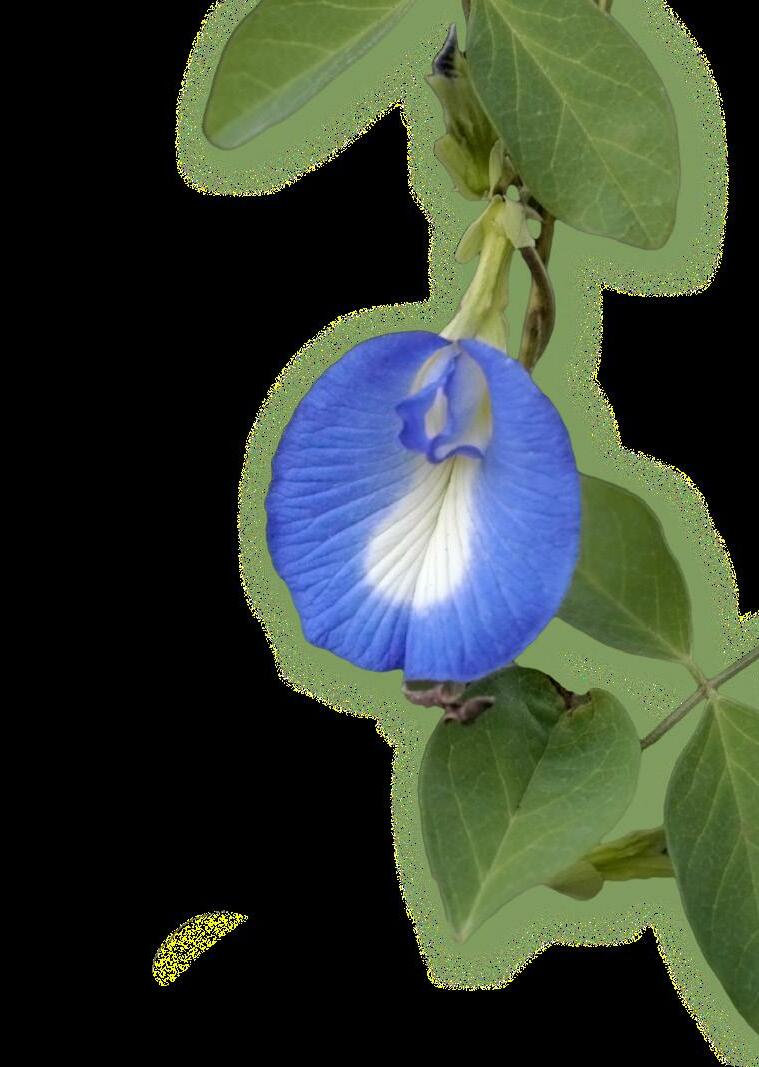 BLUE HAS SOLD A LOT OF GIN 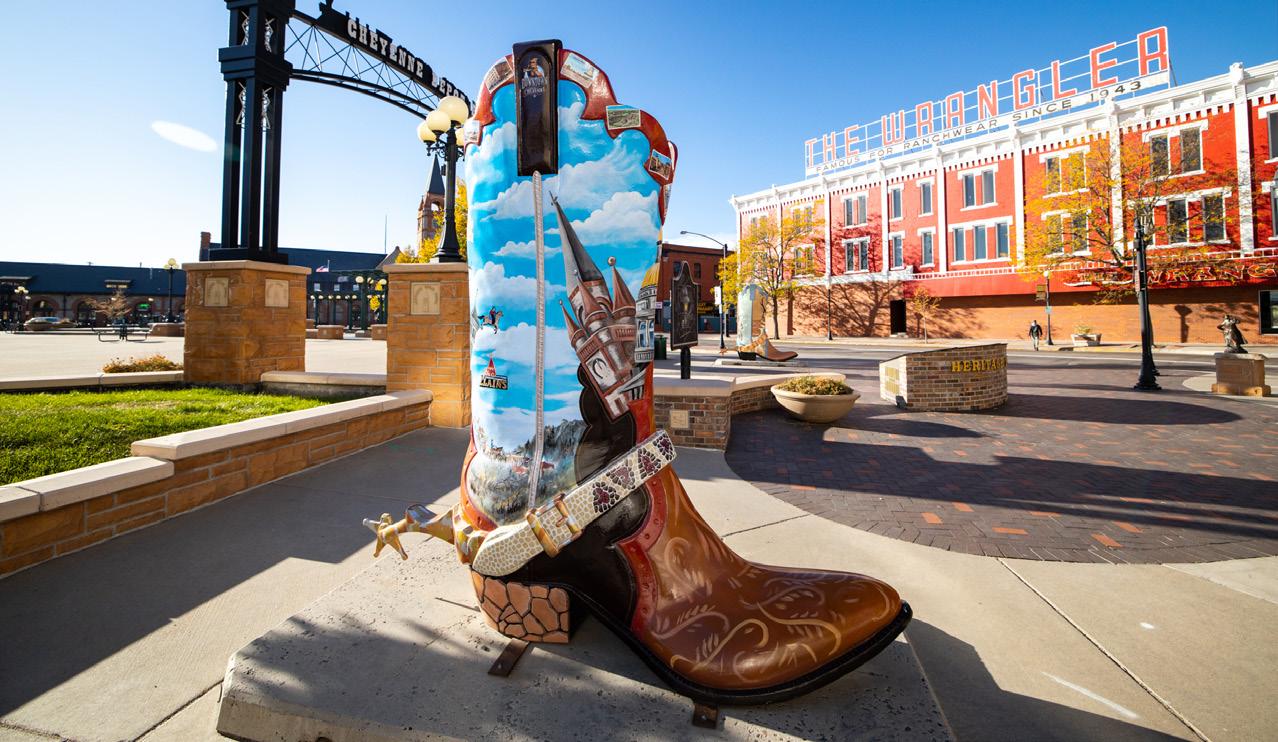 A beneficial collaboration between Visit Cheyenne and Pine Bluffs Distilling 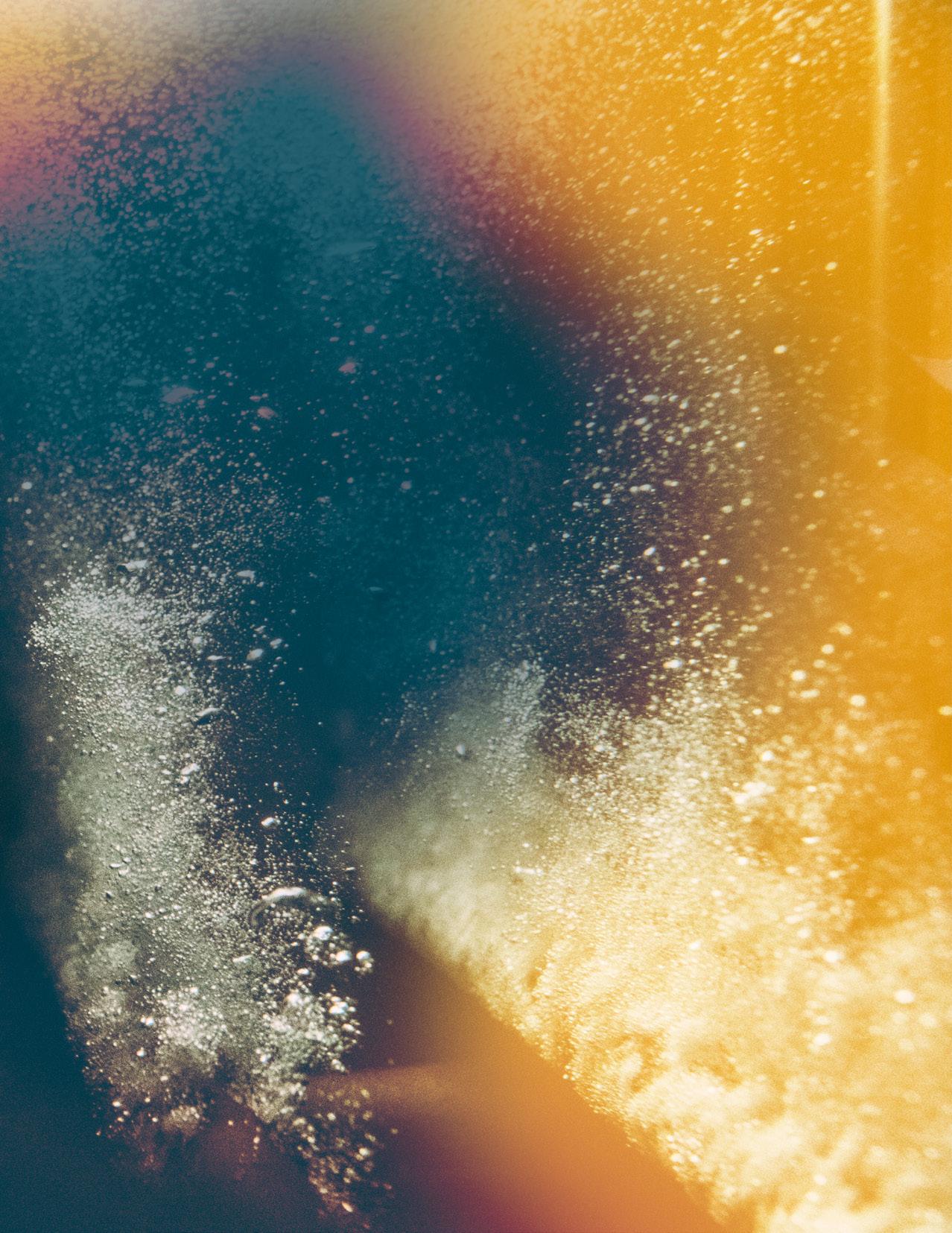 ONE OF THESE THINGS IS NOT LIKE THE OTHER 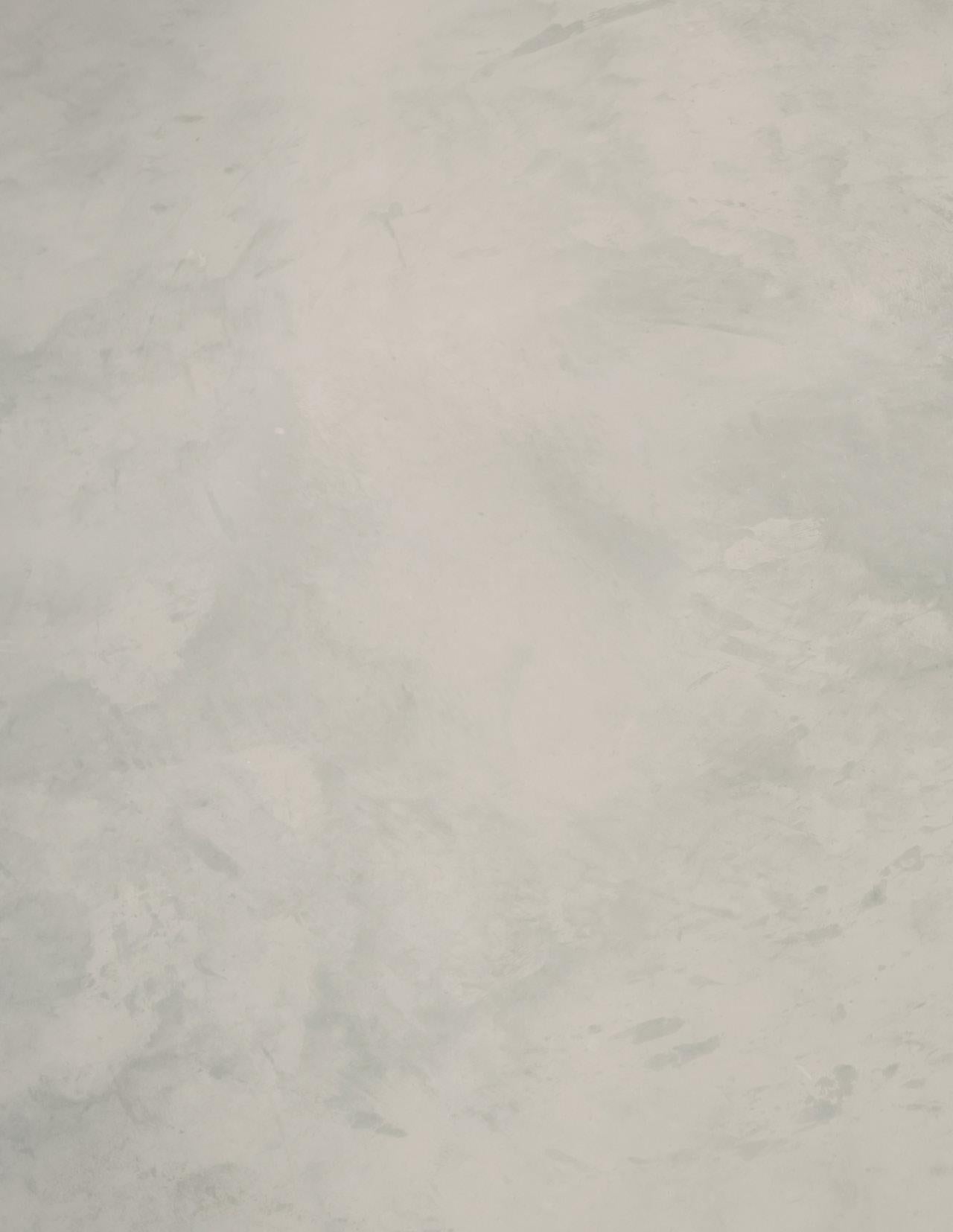 A GAIN FOR NEUTRAL GRAIN

How has the TTB’s 2020 Standards of Identity change impacted craft vodka? 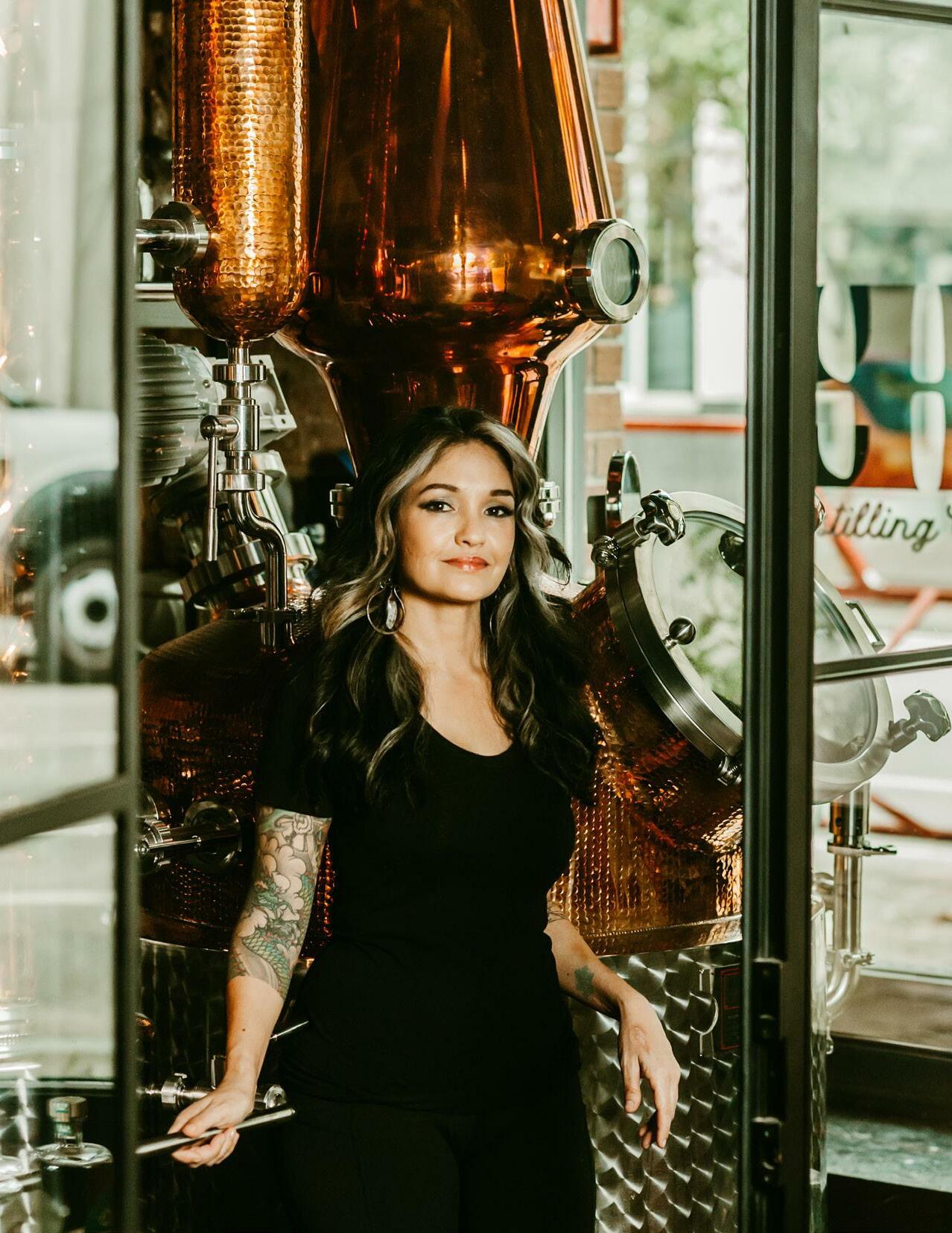 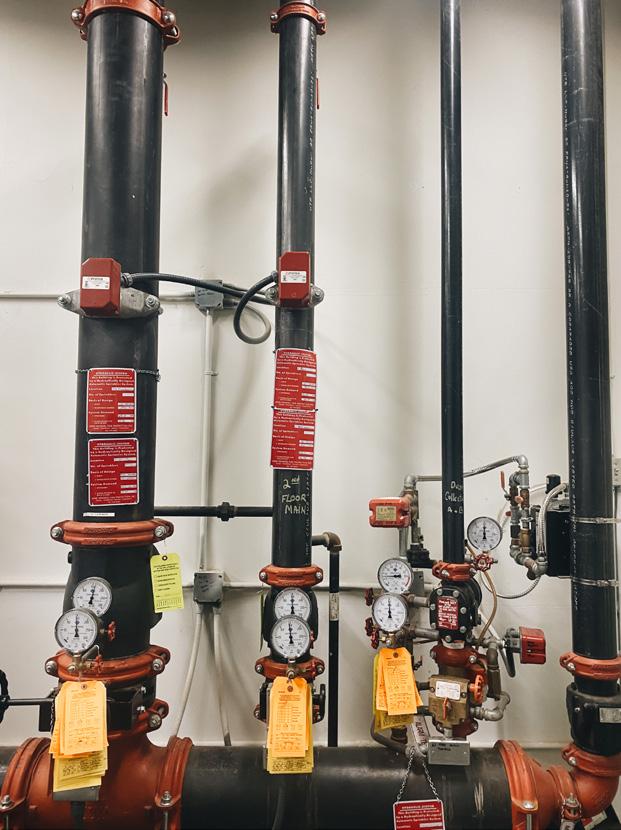 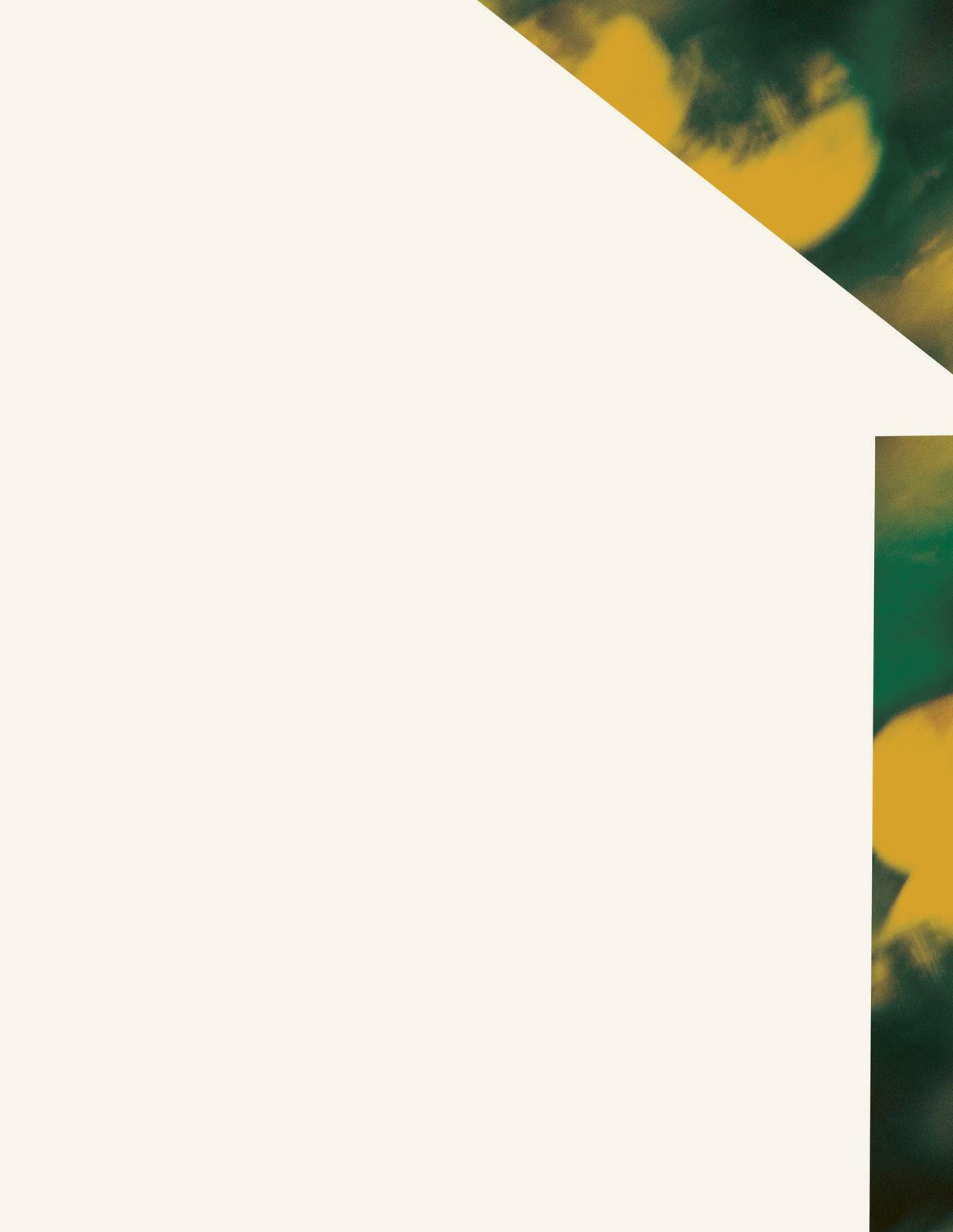 Create a conversation around your distillery 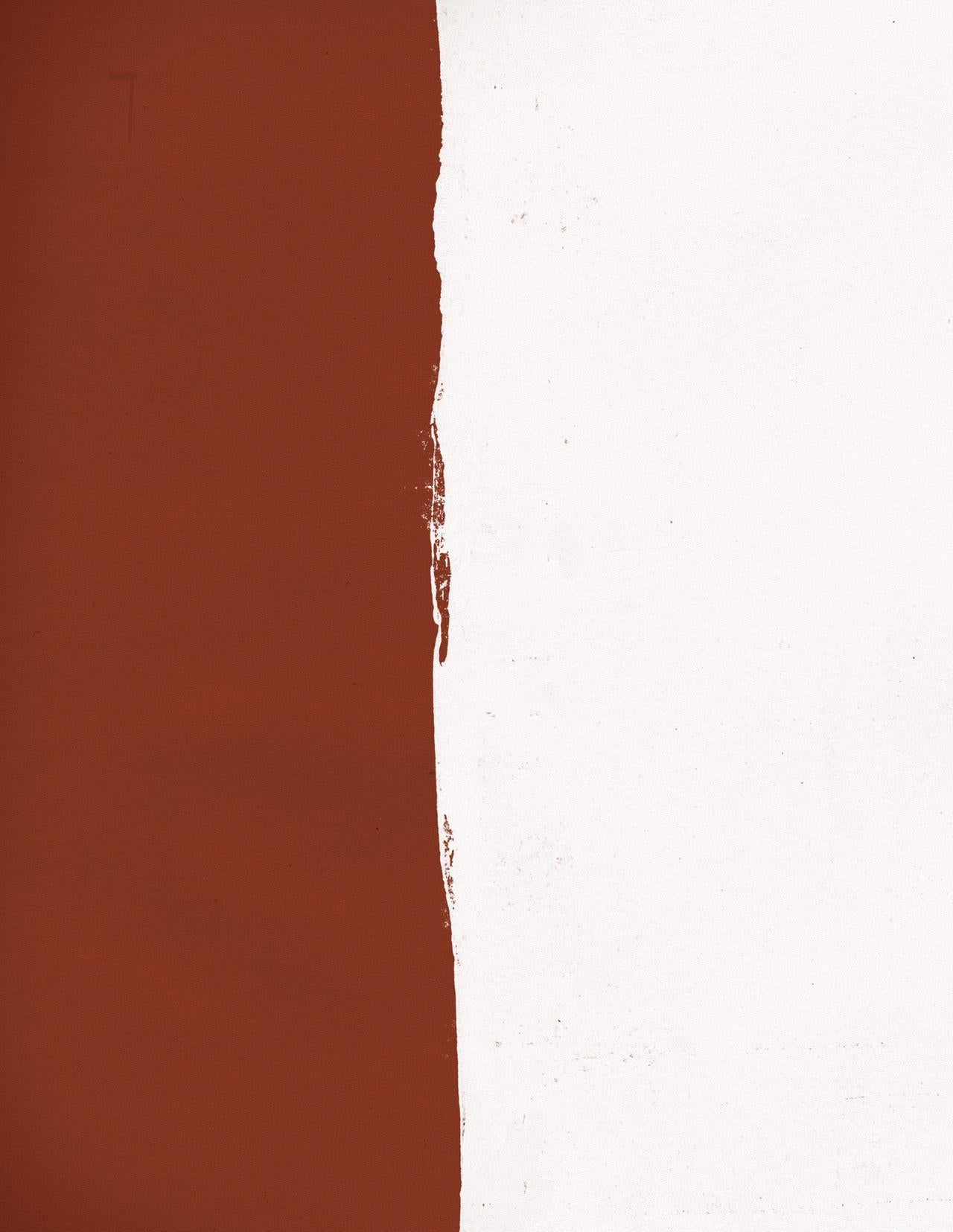 Adding a coda to the revolution in bourbon that never was...

THE ESSENTIALS OF DISTILLERY WEBSITES

Put your digital ambassador to work 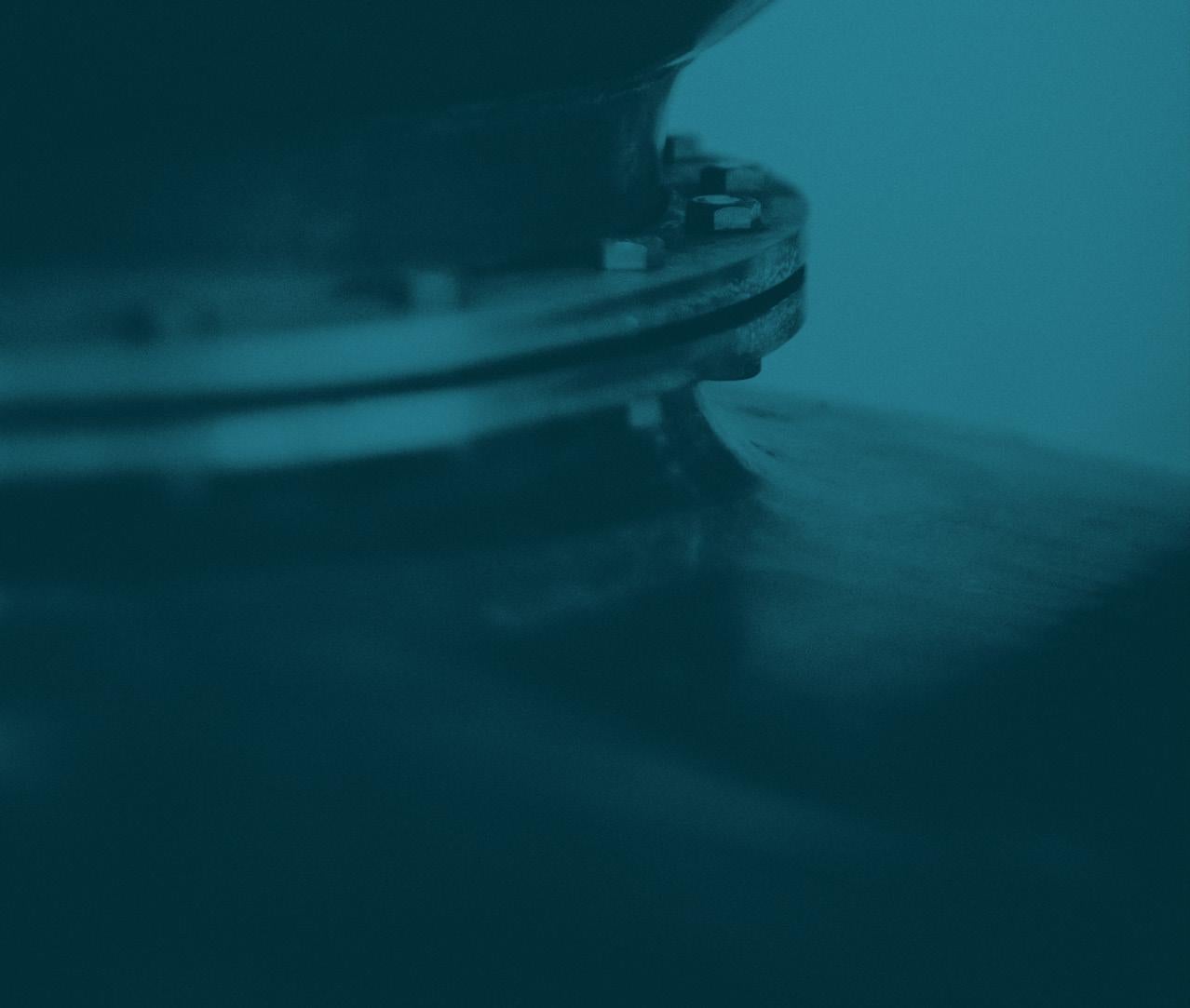 MERGING WITH OR ACQUIRING A BUSINESS IN THE ALCOHOL INDUSTRY 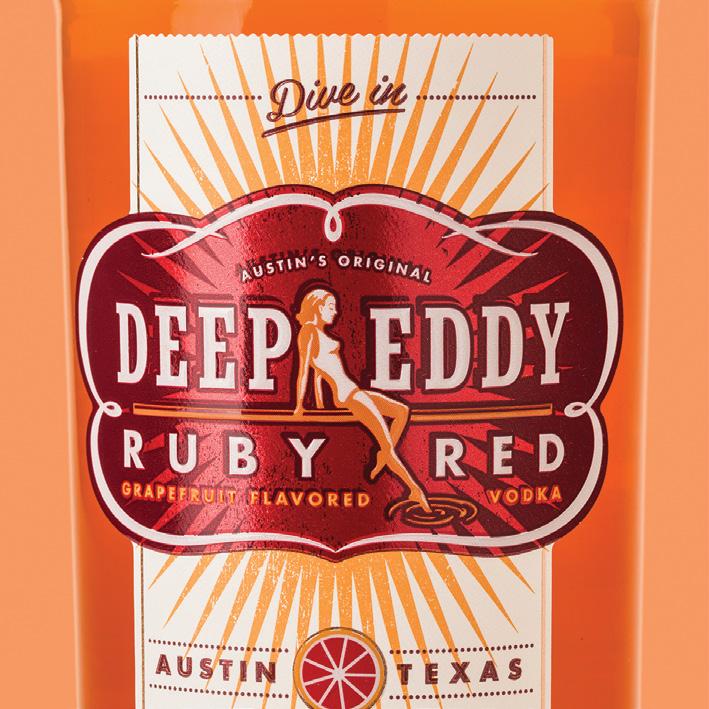 THE POWER OF THE UNPACKING EXPERIENCE

Take your customers on an emotional journey

How craft distillers can ride out malted barley shortages 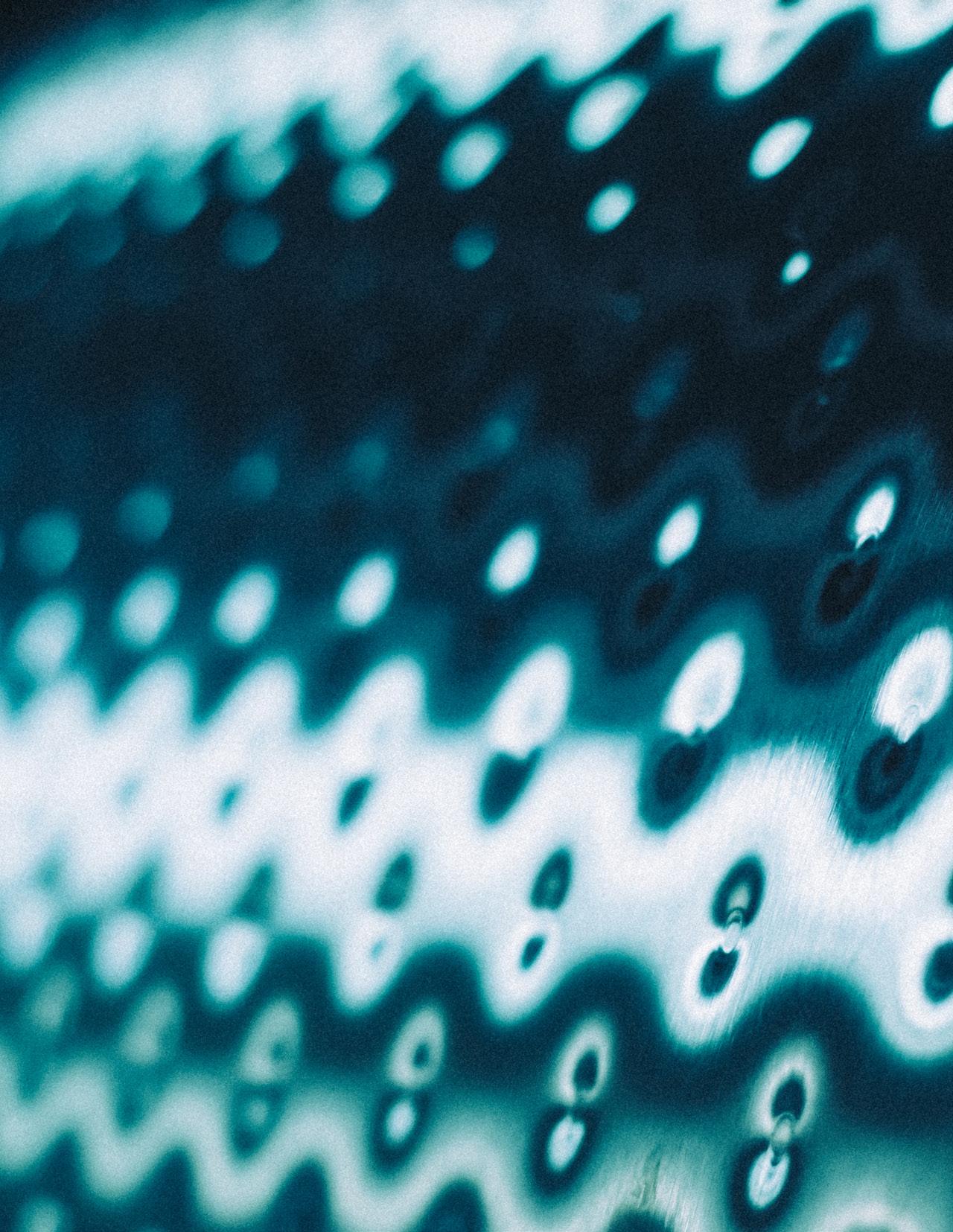 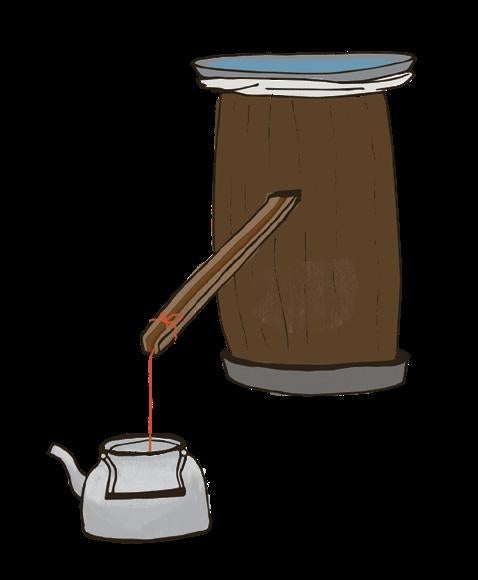 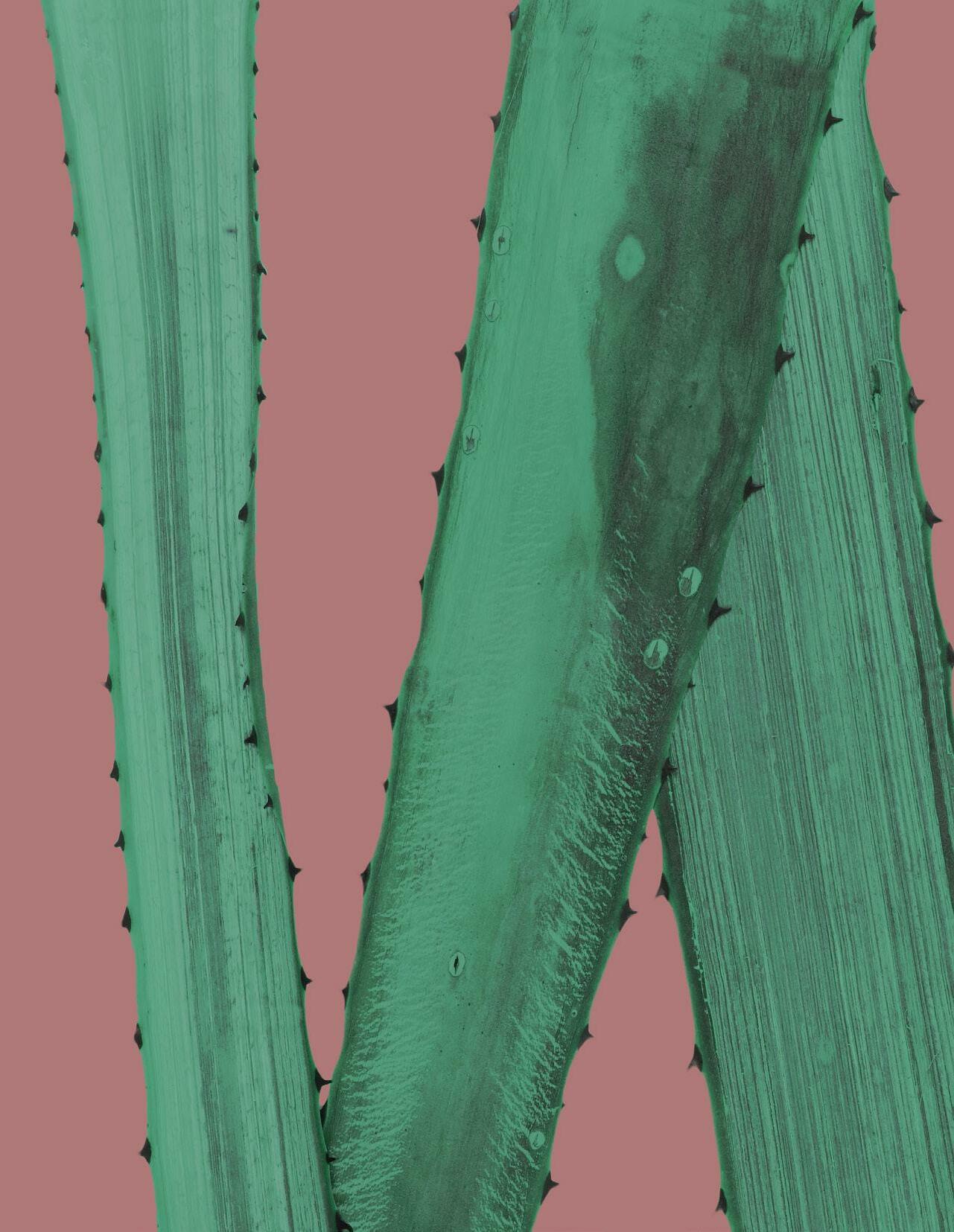 MEZCAL: EVERY SIP BEGINS WITH A

An eighty-plus named family of agave- based distilled spirits 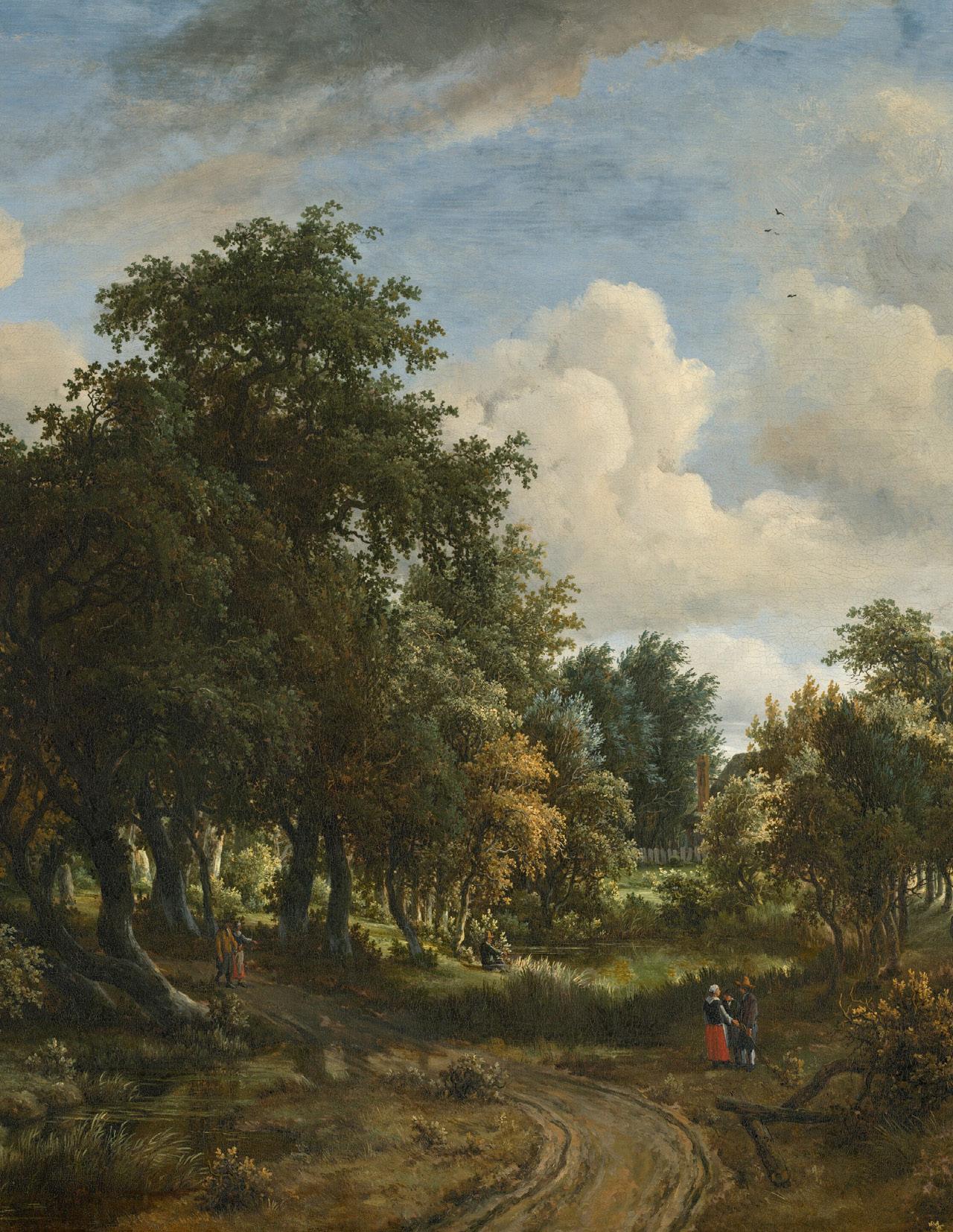 WANDERING (NOT SO) AIMLESSLY 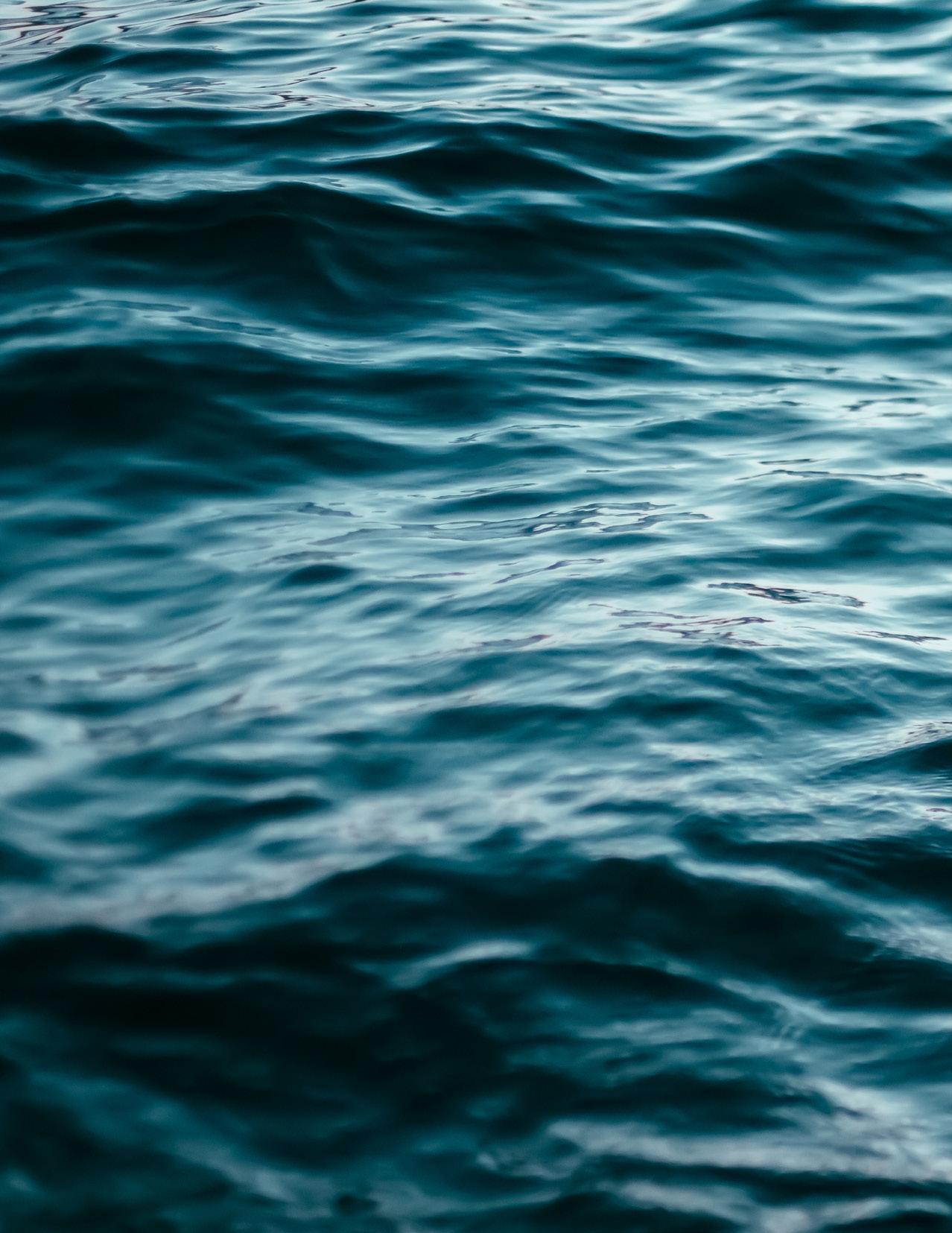 Legal considerations for water procurement and handling of wastewater

WHAT DISTILLERS SHOULD KNOW ABOUT ENZYMES

How does one approach the implementation of exogenous enzymes in a craft distilling process? 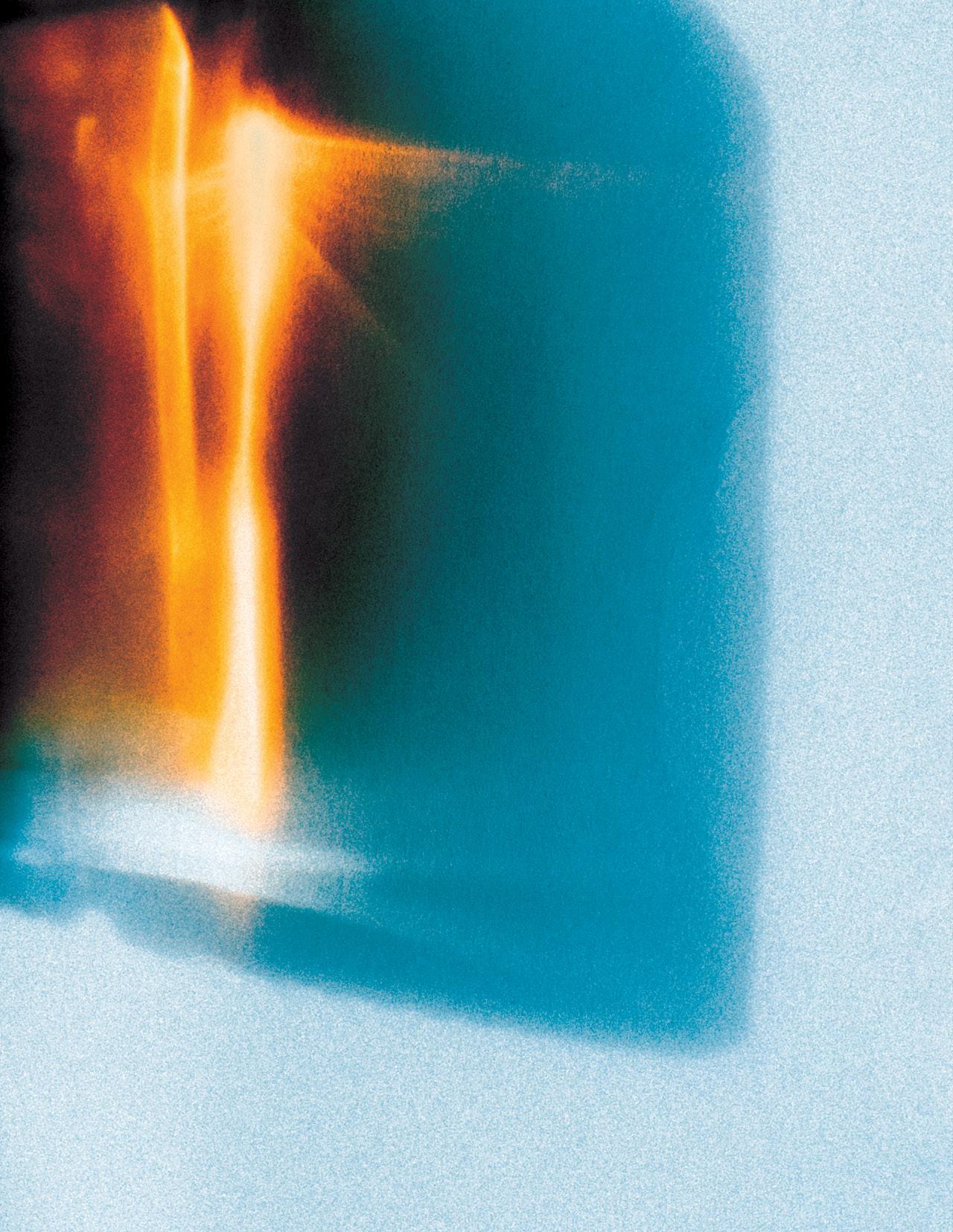 A TIME TO CELEBRATE

Recognizing some of the distilling industry’s award winners from 2021

JOURNAL OF DISTILLING SCIENCE: ISSUE ONE 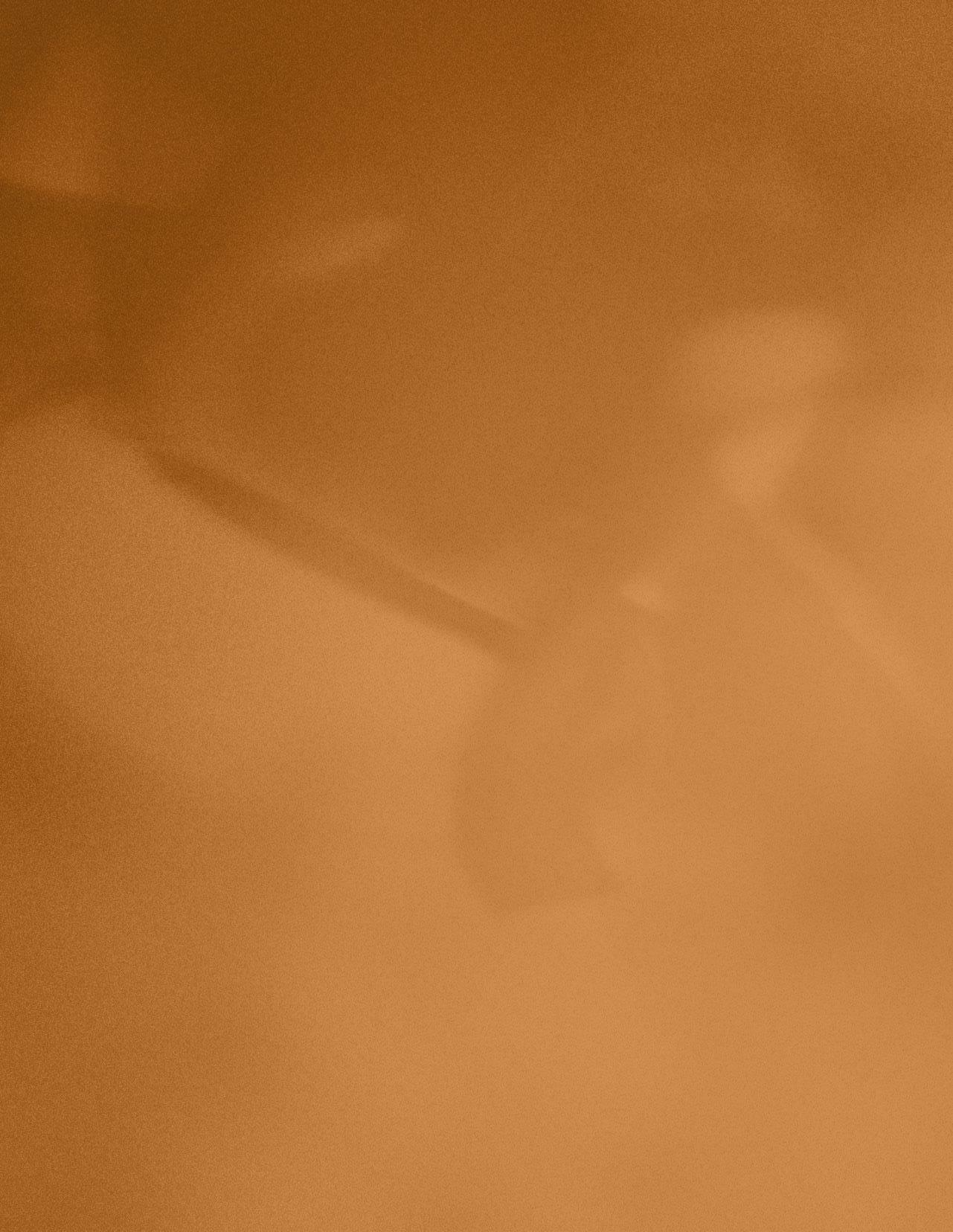 WHAT I LEARNED TRAVELING FROM BIG WHISKEY TO CRAFT BOURBON