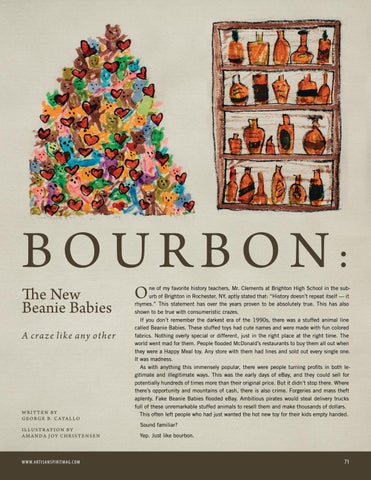 ne of my favorite history teachers, Mr. Clements at Brighton High School in the suburb of Brighton in Rochester, NY, aptly stated that: “History doesn’t repeat itself — it rhymes.” This statement has over the years proven to be absolutely true. This has also shown to be true with consumeristic crazes. If you don’t remember the darkest era of the 1990s, there was a stuffed animal line called Beanie Babies. These stuffed toys had cute names and were made with fun colored fabrics. Nothing overly special or different, just in the right place at the right time. The world went mad for them. People flooded McDonald’s restaurants to buy them all out when they were a Happy Meal toy. Any store with them had lines and sold out every single one. It was madness. As with anything this immensely popular, there were people turning profits in both legitimate and illegitimate ways. This was the early days of eBay, and they could sell for potentially hundreds of times more than their original price. But it didn’t stop there. Where there’s opportunity and mountains of cash, there is also crime. Forgeries and mass theft aplenty. Fake Beanie Babies flooded eBay. Ambitious pirates would steal delivery trucks full of these unremarkable stuffed animals to resell them and make thousands of dollars. This often left people who had just wanted the hot new toy for their kids empty handed. Sound familiar? Yep. Just like bourbon.