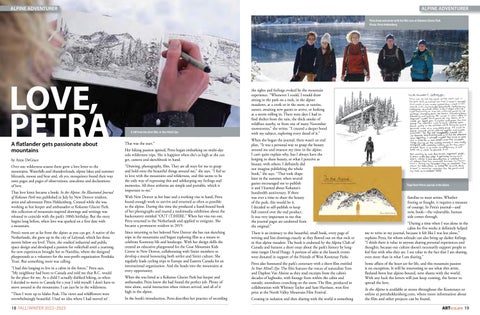 LOVE, PETRA A flatlander gets passionate about mountains by Anne DeGrace Over one wilderness season there grew a love letter to the mountains. Waterfalls and thunderclouds, alpine lakes and summer blizzards, moose and bear and, oh yes, mosquitoes found their way onto pages and pages of observations, anecdotes and declarations of love. That love letter became a book: In the Alpine: An Illustrated Journal of Kokanee Park was published in July by New Denver resident, artist and adventurer Petra Hekkenberg. Created while she was working as hut keeper and ambassador at Kokanee Glacier Park, this collection of mountain-inspired drawings and writings was released to coincide with the park’s 100th birthday. But the story begins long before, when love was sparked on a first date with a mountain. Petra’s roots are as far from the alpine as you can get. A native of the Netherlands, she grew up in the city of Lelystad, which lies three metres below sea level. There, she studied industrial and public space design and developed a passion for volleyball until a yearning for new experiences brought her to Namibia, where she designed playgrounds as a volunteer for the non-profit organization Penduka Trust. But something more was calling. “I had this longing to live in a cabin in the forest,” Petra says. “My neighbour had been to Canada and told me that B.C. would be the place for me. As a child I actually disliked hiking, so when I decided to move to Canada for a year I told myself: I don’t have to move around in the mountains; I can just be in the wilderness. “Then I went up to Idaho Peak. The views and wildflowers were overwhelmingly beautiful. I had no idea where I had moved to!

A still from the short film, In Your Mind’s Eye.

That was the start.” Her hiking passion ignited, Petra began embarking on multi-day solo wilderness trips. She is happiest when she’s as high as she can get, camera and sketchbook in hand. “Drawing, photography, film. They are all ways for me to grasp and hold onto the beautiful things around me,” she says. “I feel so in love with the mountains and wilderness, and this seems to be the only way of expressing this and safekeeping my feelings and memories. All three artforms are simple and portable, which is important to me.” With New Denver as her base and a working visa in hand, Petra found enough work to survive and returned as often as possible to the alpine. During this time she produced a hand-bound book of her photographs and toured a multimedia exhibition about the backcountry entitled “OUT (T)HERE.” When her visa ran out, Petra returned to the Netherlands and applied to emigrate. She became a permanent resident in 2019. Since returning to her beloved New Denver she has run sketching trips in the mountains and begun exploring film as a means to celebrate Kootenay life and landscape. With her design skills she created an educative playground for the Goat Mountain Kids Centre in New Denver, collaborating with Sinixt members to develop a mural honouring both settler and Sinixt culture. She regularly leads cycling trips in Europe and Eastern Canada for an international organization. And she heads into the mountains at every opportunity.

the sights and feelings evoked by the mountain experience. “Whenever I could, I would draw sitting in the park on a rock, in the alpine meadows, at a creek or in the snow, at sunrise, sunset, awaiting new guests to arrive, or looking at a storm rolling in. There were days I had to find shelter from the rain, the thick smoke of wildfires nearby, or from one of many November snowstorms,” she writes. “I created a deeper bond with my subject, exploring every detail of it.” When she began the journal, there wasn’t an end plan. “It was a personal way to grasp the beauty around me and treasure my time in the alpine. I can’t quite explain why, but I always have the longing to share beauty, or what I perceive as beauty, with others. I definitely did not imagine publishing the whole book,” she says. “That took shape later in the summer, when several guests encouraged me to publish it and I learned about Kokanee’s hundredth anniversary. If there was ever a time to share the beauty of the park, this would be it. I decided to self-publish to keep full control over the end product. It was very important to me that the journal pages are unaltered from the original.” There is an intimacy to this beautiful, small book, every page of writing and line drawings exactly as they flowed out on that rock or in that alpine meadow. The book is endorsed by the Alpine Club of Canada and features a short essay about the park’s history by longtime ranger David Heagy. A portion of sales at the launch events were donated in support of the Friends of West Kootenay Parks.

When she was hired as a Kokanee Glacier Park hut keeper and ambassador, Petra knew she had found the perfect job. Plenty of time alone, social interaction when visitors arrived, and all of it high in the alpine.

Petra also honoured the park’s centenary with a short film entitled In Your Mind’s Eye. The film features the voices of naturalists Tom and Daphne Van Alstine as they read excerpts from the cabin’s decades of logbooks, with footage from within the cabin and outside, snowshoes crunching on the snow. The film, produced in collaboration with Whitney Taylor and Sam Harrison, won first prize at the North Valley Mountain Film Festival.

In the book’s introduction, Petra describes her practice of recording

Creating in isolation and then sharing with the world is something

Page from Petra’s journal, In the Alpine.

familiar to most artists. Whether freeing or fraught, it requires a measure of courage. In Petra’s journal—and now, book—the vulnerable, human side comes through. “During a time when I was alone in the cabin for five weeks it definitely helped me to write in my journal, because it felt like I was less alone,” explains Petra, for whom solitude can also bring up darker feelings. “I think there is value in anyone sharing personal experiences and thoughts, because our culture doesn’t necessarily support people to feel fine with who they are. I see value in the fact that I am sharing, even more than in what I am sharing.” Some affairs of the heart are for life, and this mountain passion is no exception. It will be interesting to see what this artist, flatland-born but alpine-bound, next shares with the world. With any luck the letters will just keep coming, the better to spread the love. In the Alpine is available at stores throughout the Kootenays or online at petrahekkenberg.com, where more information about the film and other projects can be found.

ARTiculate Fall/Winter 2022. Your source for arts, culture and heritage news across the Columbia Basin. 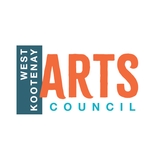 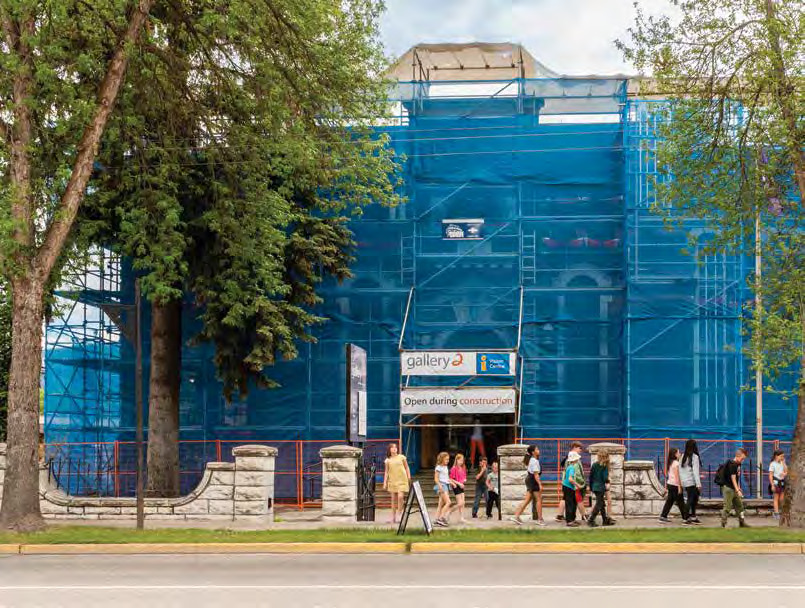 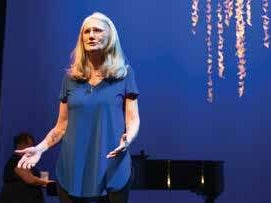 BEYOND THE LEGAL LIMIT ON TOUR 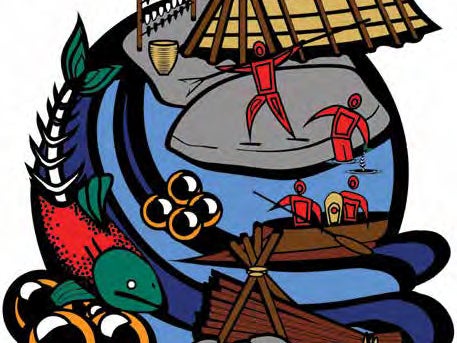 WE ARE ALL SALMON PEOPLE 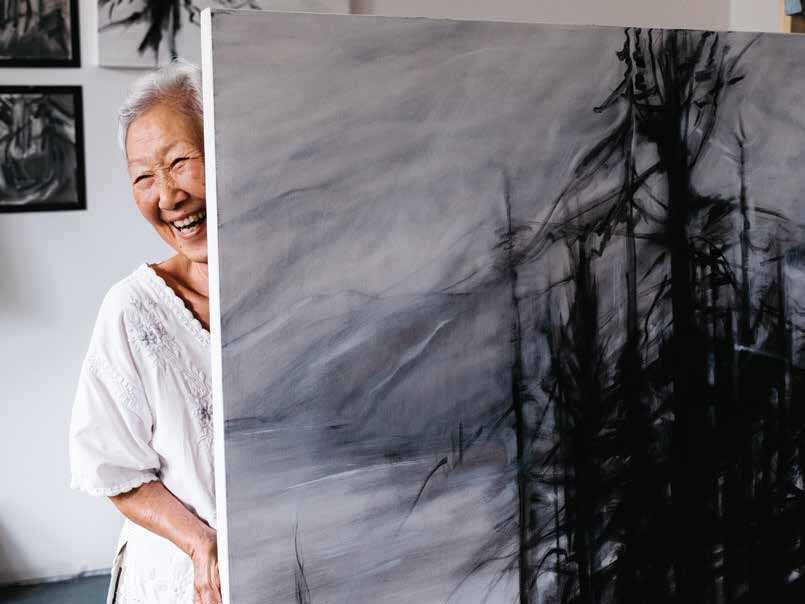 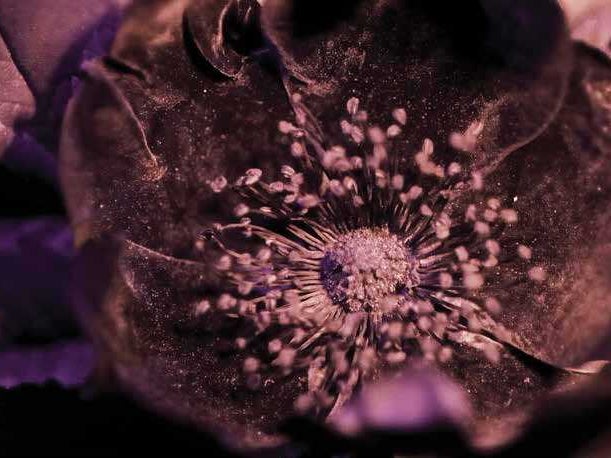 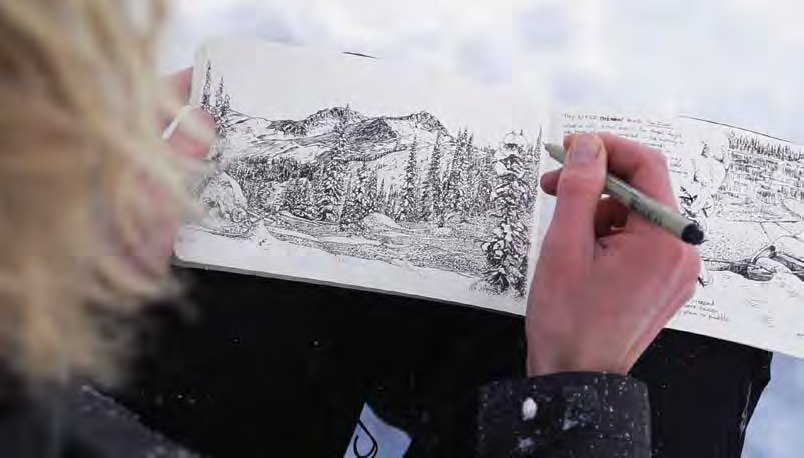 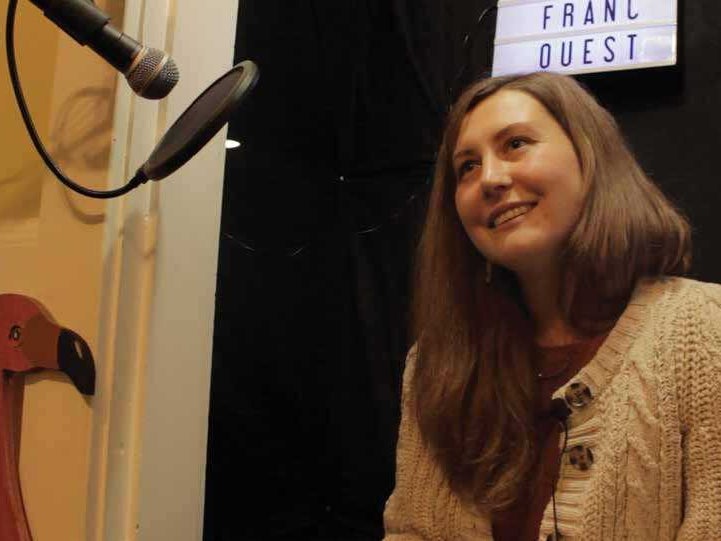 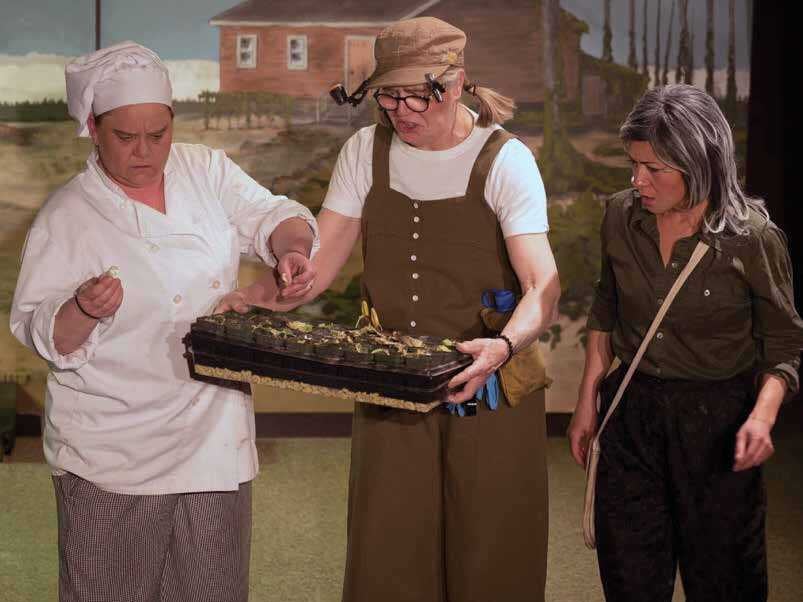 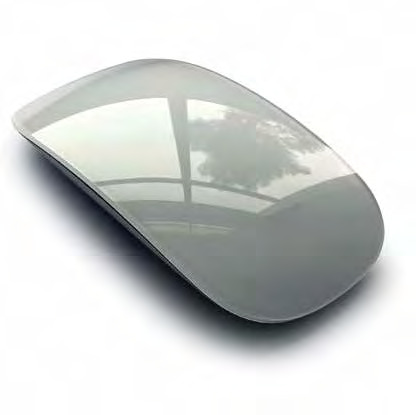 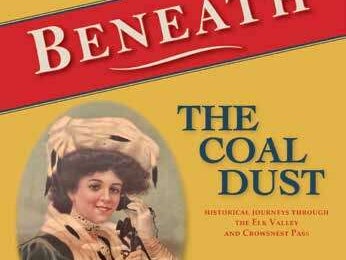 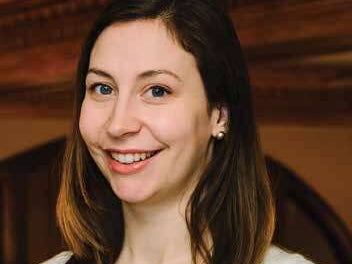 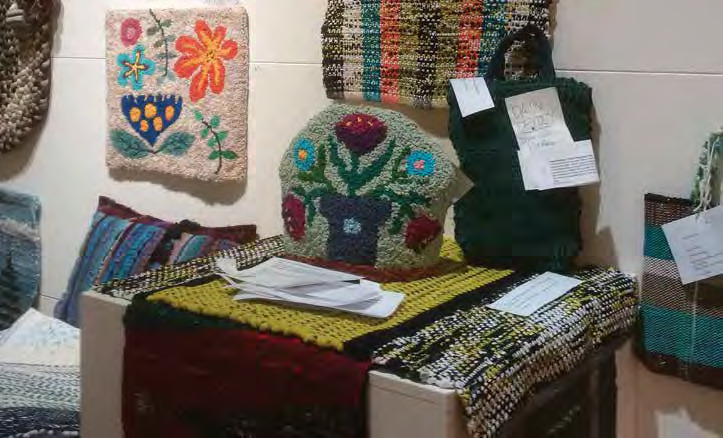