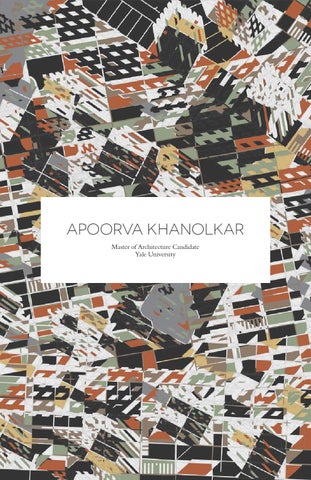 An urban provocation for the Tonghui riverfront in Beijing 2015

Musings on 21st century government and democracy in Boston 2014

A city out of nothing for Brasilia H.I. Feldman Prize Nomination 2014

migrant water An urban provocation for the Tonghui riverfront in Beijing

Migrant Water seeks to engage the potential of the Tonghui River as a new urban framework where water becomes the backbone for a more considerate and productive way of life. Beijing’s contemporary relationship with the river is broken down and reconfigured into a multilayered system, through functionally driven strategies that embrace its manifold opportunities. A series of ‘water towns’ along the river are linked, not by a single spatial narrative, but by the instrumentalization of water as a productive landscape across various degrees of ecological rehabilitation and food production. Within the context of a global metropolis, the project is positioned to balance the scope for new resourceefficient lifestyles with the realities of conventional urban growth. At the scale of the city, it transforms a polluted water body into a productive resource and public amenity. At the scale of community, it supports a food industry in an effort to legitimize the city’s transient and marginalized communities by folding them into the mainstream. And at the scale of the individual, the project becomes an exercise in programming the irreducible unit of development not as a backdrop, but as an active framework for functional and resilient waterscapes.

Built in the 14th century during the reign of Emperor Yongle, the moat was to protect the Forbidden City from attack. Corner towers functioned as defensible positions during attack.

The Forbidden City was the imperial palace from the Ming to the Qing dynasties, 1420-1912. It is now a museum with about 14 million visitors per year. The Inner Golden Water River meanders through its walls and plazas.

Beihai, or‘northern sea’, was an imperial garden and is now a public park. A lake covers over half the park area. It is among the largest of all Chinese gardens and contains numerous historical relics.

The Ming City Walls Ruins Park sits directly across the Tonghui river from site 01. While most of the walls were torn down in the 1950s, the southeast turret is one of Beijing’s most conspicuous chunk of lost heritage.

A number of roadways and rail lines cross over the bend of the river, leaving its banks and surroundings out of bounds for public and recreational uses.

Over 65% of the runoff from within the walls of the Imperial City is discharged into the Tonghui through stormwater drains such as the one seen in the image above.

Transport infrastructure traverses the river at numerous points. Often, these overpasses are several meters above the level of the water, completely disconnecting movement from the river.

Large chunks of the site comprise of railway property. The portions between site 01 and site 03 are occupied by swathes of rail infrastructure including a station and many rail yards.

Many well-designed but under-utilized parks run along the water’s edge but interact little with it. Lack of use seems to be due to both poor connectivity and the condition of the water.

The superblocks of the CBD and their populations are seperated from the waterfront’s public boulevards by large retaining walls, locks, and several layers of roadways and railways.

A number of urban villages cluster along the length of the site, sitting largely on railway-owned property. Many of these are slated to be demolished to make way for new development, with no alternatives provided for their inhabitants.

The southern boundary of the the site in this area comprises of a rare public realm. Residential buildings house a commercial ground plane, with informal program such as food carts also populating the neighborhood.

The ‘Swiss Village’, a kitschy Interlaken-inspired high street, started construction in 2010 but was abandoned halfway through. Now the town clock chimes to an empty village every hour.

Jianwai SOHO is a combination of collective housing and commercial facilities with a public free-access street level. It was designed by Riken Yamamoto to project a trans-national image of Beijing.

The Tonghui will soon be flanked by the new CBD. SOM’s vision for this eastern expansion calls for a commercial powerhouse that is both walkble and ecologically responsible.

The Sihui inter s terminal is amon riverfront’s many transport infrastr however, poorly to other modes s rail and subway l

state bus ng the y pieces of ructure. It is, y connected such as the lines.

Many informal programs cater to the informal communities along the site. This thriving furniture market is among the largest of such activities in the area.

The antique furniture village of Gaobeidian, once a dusty hamlet of warehouses and showrooms, is quickly becoming a more developed retail area.

Just past the third ring road, the riverfront is flanked by several large, inward looking residential tower complexes. These have little engagement with the narrow, polluted canal that flows through the area.

These premium ‘European-style’ residences along the waterfront are a rather unique instance in a world of towers and superblocks. They overlook an anaemic river and a multi lane highway.

Site 09 already houses a railway facility, the Tongzhou west railway station. It is also serviced by the Baliqiao metro station and the Jintong expressway.

The Baliqiao is a historic Site 09 also comprises of a large public park with several bridge located between trails, activity areas, wooded Tongzhou and Chaoyang. While the bridge’s current portions and recreational structure dates back to the pavilions. Ming, there may have been a bridge here since the 4th century CE.

A series of high-density residential complexes at the eastern boundary of site 09 mark the beginning of Tongzhou and its heavily developed urban landscape.

The East First Time Zone park comprises of an artificial recreational water body. Although close to the Tonghui, this landscape does not interact with the river.

Site 09 also taps into a large existing suburban agricultural belt that runs north-south between Beijing and Tongzhou, its runoff redirected to drain into the river.

As the Tonghui approaches Tongzhou, it starts to snake northwards, draining into the confluence of the Yunchaojian and Wenyu rivers.

Tongzhou lies 20km east of central Beijing, at the northern end of the Grand Canal and the easternmost end of Chang’an avenue. It is the second administrative seat for Beijing

Seen above is one of Tongzhou’s many instances of water infrastructure conventional, despite the many opportunities presented by the area’s several water bodies.

The Tonghui Canal park showcases the history of the canal and hosts several festivals. It presents an opportunity to view and appreciate the renovated canal.

The third site, using the rehabilitated river as the watershed of a larger suburban food production network

Bostonâ&#x20AC;&#x2122;s city hall is re-envisioned through the lens of its contemporary aspirations of government and democracy. Bostonâ&#x20AC;&#x2122;s identity as a city is interstitial; it sits in the middlezone of various dichotomies, opposites and complementary counterparts that make it simultaneously both unique and contradictory. It is a city mired in nostalgia but too a thriving state capital at the cusp of a renaissance. The embrace of these manifold natures becomes the take-off point for the project. Its hope is that the city hall forge an intimate connection with the old, yet capitalize on the cityâ&#x20AC;&#x2122;s metropolitan ambitions. Through its urban and tectonic gestures, the building inhabits a seamless, porous public realm that is physically and metaphorically an extension of the city and the neighborhood. The ground floor doubles as a market spine above which the government functions are suspended as both spectacle and polemic. In functioning as both a meeting hall and a market place, the proposal inextricably intertwines government with the everyday. It denies the hall a superficial iconicity in favor of defining the building as uncompromisingly public - the city hall is now a common place.

A view of the porous central spine from Faneuil Hall

City hall as a permeable extension of local pedestrian networks

ordered chaos A city out of nothing for Brasilia H.I. Feldman Prize Nomination

This mixed-use proposal tackles one block in a master plan for a new city outside Brasilia. It investigates the agency of the architect in the planning process, particularly in the context of tabula-rasa urbanism. The context becomes especially critical, given that the site finds itself against the backdrop of the tremendously controversial urban legacy of the Brazilian capital. As a starting point, the generic city is speculated as the product of plannerly vision, engaged in a constant and sustained battle with the â&#x20AC;&#x2DC;stuff of lifeâ&#x20AC;&#x2122; and the architecture it demands. The possibility of marrying these two systems in flux then becomes the thrust of the project. Working within the constraints of a conventional development model, the project allows the planner to maintain an overarching vision while simultaneously relinquishing control to market dynamics and social conditions. Its final form, the prototypical bar-and-mat scheme assumes a top-down role in providing an armature within which the bottom-up forces of organic city making can proliferate. In doing so, it embraces the challenges of allowing an uninhibited informal urbanism to exist and thrive, but without turning its back to the tremendous modernist heritage of Lucio Costaâ&#x20AC;&#x2122;s Brasilia.

(above) Organizational strategy, final form, and phasing build-up (opposite) Allowing the organic to proliferate 32

(above) Flexible public and private program through the deployment of scaffolding-like frames (opposite) Embracing the modernist legacy of Lucio Costaâ&#x20AC;&#x2122;s Brasilia 34

This ongoing proposal focuses on the characteristics of the line - a primary element of architectural creation, and its relationship with the nature of things - the stuff of life that inhabits architecture. The line is explored across two facets; the disjunction between its representation on paper and its manifestation as an architectural reality. Drawing, as a generative tool, is used as the medium of exchange between these representational conventions and their translation into objects in space. The process assumes the role of a feedback loop, resulting in objects not yet representative of the â&#x20AC;&#x2DC;thingâ&#x20AC;&#x2122; itself. This means that the work produced comes without any predetermined understanding, but rather evokes meaning only by virtue of its production. This cathartic shedding of baggage will eventually synthesize into an architectural proposal that asks the question - what are the minimum number of lines needed to make an architecture? Themes of investigation include exactitudes in vague terrains, the freedom of rules, the liberty of the grid, and the richness of the void.

Studies in the relationships between figure and ground, object and field, large and small, volumes and voids

The negotiation between the minimum number of lines and the maximum amount of stuff; the grid (or the line) does not exist, but is rather implied through the articulation of the field

Working backwards - piecing together the whole from a sequence of experiences

This dissertation explores the bearing of regional Indiaâ&#x20AC;&#x2122;s rapidly devolving cultural heritage on contemporary design ideologies and practices in the face of an identity crisis fueled by rampant westernization. In search of what it means for an architecture to today be uniquely â&#x20AC;&#x2DC;Indianâ&#x20AC;&#x2122;, the proposal investigates a number of key themes. These include the changing perceptions of culture with time, the relevance of tradition and craft skills in the architecture of today, and the persistent questions of authenticity and pastiche. The hypothesis takes on a scenario that is increasingly common in urban India - new development in a historically and socioculturally sensitive context - in an effort to highlight the growing debate between continuity and change, heritage and modernity. It is fleshed out through a design exercise in tourism development in a culturally fragile setting; the site a seventeen hectare plot in a historic precinct of Jaipur, India. The proposal addresses the issues of privatization of public space, the contemporization of traditional design values, and the opportunities to generate financially viable public ventures within private contexts for our space-starved cities.

(above) Partial plan of site showing rooms, suites, and live-work units (below) Section through part of site 62 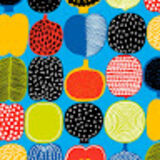 Select works in architecture and urban design at Yale University

Select works in architecture and urban design at Yale University