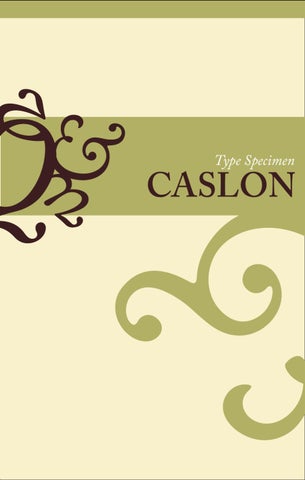 In the Caribbean there are oysters that can climb trees.

Caslon is cited as the first original typeface of English origin, but some type historians point out the close similarity of Caslonâ&amp;#x20AC;&amp;#x2122;s design to the Dutch Fell types.

American Airlines saved $40,000 in 1987 by eliminating one olive from each salad in first class.

ft ffj ffl fh The hummingbird is the only bird that can fly backwards.

In writing and typography, a ligature occurs where two or more graphemes are joined as a single glyph. Ligatures usually replace consecutive characters sharing common components and are part of a more general class of glyphs called â&amp;#x20AC;&amp;#x153;contextual formsâ&amp;#x20AC;? where the specific shape of a letter depends on context such as surrounding letters or proximity to the end of a line.

did not CONTAIN TOMATOES

Mustard was known for its

medical purposes before ITS CULINARY USES. Chuck Norris can sneeze with his eyes open.

In 10 minutes, a hurricane releases more energy than all of the world’s nuclear weapons combined.

Caslon is regarded by many to be the greatest of English letter writers. In the 18th century, English printing was at a low ebb and was dependent on Holland for its types. Caslon changed all this and stopped the importation of Dutch type. Thus, Caslon heralded a turning point for English type-founding. The taste for Caslon spread to America, and Caslon was the type used for the Declaration of Independence of the USA in 1776. In the 1840s in Britain, there was a revival of Caslon typefaces. George Bernard Shaw insisted that only Caslon be used for all his books. Caslon&#39;s earliest design dates to 1722. Caslon is cited as the first original typeface of English origin, but some type historians point out the close similarity of Caslon&#39;s design to the Dutch Fell types. The Caslon types were distributed throughout the British Empire, including British North America. Much of the decayed appearance of early American printing is thought to be due to oxidation caused by long exposure to seawater during transport from England to the Americas. Caslon&#39;s types were immediately successful and used in many historic documents, including the U.S. Declaration of Independence. After William Caslon Iâ&amp;#x20AC;&amp;#x2122;s death, the use of his types diminished, but saw a revival between 1840â&amp;#x20AC;&amp;#x201C;80 as a part of the British Arts and Crafts movement. The Caslon design is still widely used today. For many years a common rule of thumb of printers and typesetters was When in doubt, use Caslon. A famous British author and playwright, also insisted that Walt Disney was afraid of mice. all his work be typeset in Caslon.

William Caslon I was born.

Set up his own foundary in London.

Surviving 270 years of typographic trends, technology changes and font fads, Caslon has earned its title of the oldest living typeface. Faces like Garamond or Jenson predate Caslon, but all that is available today are replications of these early designs. Caslon is a different story. The original punches, hand-cut by William Caslon, are still intact and could be used to produce new matrices and fonts that are identical to those used to set type in the early 18th century. Caslon was used in the irst printed version of the United States Declaration of Independence.

1737 The type foundry moves to Chiswell Street in London, where it continues to operate for 200 years.

1840 In the 1840s in Britain, there was a revival of Caslon typefaces. George Bernard Shaw insisted that only Caslon be used for all his books.

It is illegal to wear a fake moustache that causes laughter in church.

The A has a concave hollow at the apex, the G is without a spur. Caslonâ&amp;#x20AC;&amp;#x2122;s italics have a rhythmic calligraphic stoke. Characters A, V, and W have an acute slant. The lowercase italic p, q, v, w, and z all have a suggestion of a swash.

If you keep a goldfish in the dark room, it will eventually turn white.