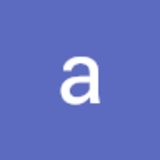 I hate having to wear this wrist and thumb splint.

A recent graduate from Queen's university where I studied Ancient History and English. I was involved with the arts scene in Belfast from around 1993 and helped facilitate several literature and art events.

I took part in many cross community and cross border theater projects and also peace and reconciliation workshops. During this time I helped found An Crann The Tree a Peace and Reconciliation body which was the creation of Damien Gorman.

I have been involved with Lapwing Publications since its founding 25 years ago. I designed the company logo and also provided many covers and portraits.

The last large scale project was a children's mural in Denmark street which lasted for six years. Lastly I am a poet who has seen some of his poetry published and I launched and edit A New Ulster.