It's Been Treacherous Lately 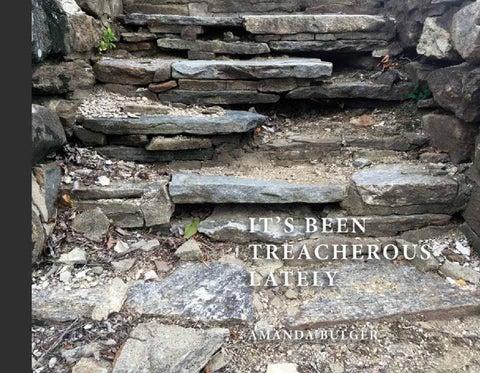 My grandmother was a child of the Depression; she was dirt poor and never wasted a thing. Her parents taught her to value and keep every whatchamacallit, doohickey, and thingamabob she could. She taught this virtue to my mother who embraced the power of clutter, fully. Neighbors might describe my parents as hoarders, but I would not.

As a child, and even as an adult, when I would ask why we can not throw away a broken tool or piece of machinery, when we have a newer model available, I would always receive the same reply.

Farmers know with certainty that shit breaks when it is least convenient, and while this damaged tool may have been replaced be a new one, it still may get the job done in a pinch.

If we save something, but cannot find it, it is useless. Unfortunately, organizing eleven people, their schedules, belongings, and the cattle was too much for one person so disarray prevailed - hence the clutter that characterized my familyâ&amp;#x20AC;&amp;#x2122;s farm as a child.

Behind the barn lived a growing pile of the obsolete â&amp;#x20AC;&amp;#x201D;

the objects that had been abandoned but not discarded, collected but not organized, junk but not garbage.

The pile was composed of wires, bent rods, rusted and broken gates that would move in and out of the heap simultaneously, like an accordion. It was an eye sore, an embarrassment, yet common, comforting and fascinating. We added junk slowly and the pile would grow, develop and expand as though it was living too.

We know exactly what to say to push one anotherâ&amp;#x20AC;&amp;#x2122;s buttons and tap that knowledge every chance we get. Giving each other a hardtime will forever remain the backwards way in which we show our love and support.

With six sisters and two brothers, my family has enough drama to carry a sitcom through syndication. These people whom I love, and hate, and love to hate, are the strangest and most fascinating companions. We truly understand each other.

From birth, we were destined to be one anotherâ&amp;#x20AC;&amp;#x2122;s greatest companions and fiercest rivals.

Being alone is an awkward luxury amid the chaos of a large household. What strange black magic holds us together? When the whole family is congregated in the same place I long to leave; yet apart, I miss the commotion.

Despite the disorder amongst us, we have a unique ability to complete complicated tasks without coaching. When we cease to bicker, we tackle tasks as a tandem unit and get shit done.

Putting our differences aside, momentarily, and focusing, allows us to connect on a functional cognitive level, recognize our duties and commence, void of discussion or over analyzing. Squabble-less, nine siblings can operate as a single unit.

My mother taught me to see what Iâ&amp;#x20AC;&amp;#x2122;m doing through the placement of my hands.

A milk-machine inflation is guided onto a cowâ&amp;#x20AC;&amp;#x2122;s teat with oneâ&amp;#x20AC;&amp;#x2122;s index and middle fingers. A newborn calf is stimulated to receive a nursing bottle by putting pressure on its gums; gently massaging its neck will encourage swallowing. While these may appear as simple techniques of a trade, seeing merely with our eyes lacks a sensual satisfaction that comes through physical contact.

Getting dirty not only meant that I had put in a full days work, but that I had fully engaged my body and mind, revealing something through the process.

Completing both massive and minute tasks requires unity of body and mind, where the sensual touch not only aids in the process, but enhances understanding. I begin to understand the character of an object and its relationship to my body through touch.

Wake up, work, go to bed, then do it all over again.

While this sounds boring, there is something comforting in knowing exactly what youâ&amp;#x20AC;&amp;#x2122;ll be doing when you wake up each day.

There are two types when it comes to following a routine: those who stumble over lifeâ&amp;#x20AC;&amp;#x2122;s hiccups but move forward nontheless, and those who allow one hiccup to upset the entire apple cart.

My mother is the former. Every day yields new challenges, once a task goes wrong every subsequent task will start to unravel as well. Yet she trudges on.

A delay in milking means a delay in cleanup, then a delay in feeding, followed by a delay in bedding, and so on.

For a farmer, life runs on a schedule everyday. They get up at the same time and complete their chores just as they did the day before. The seasons pass. Day after day, year after year, they abuse their bodies until they fail.

It's Been Treacherous Lately 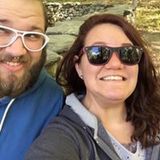