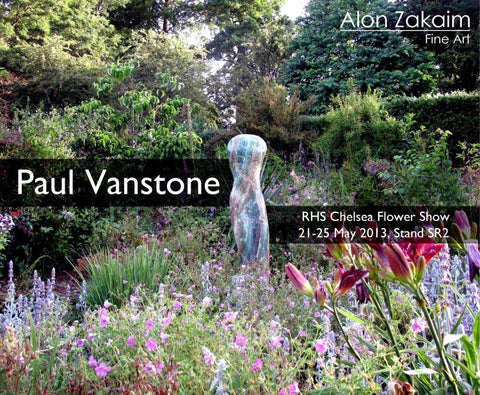 Paul Vanstone RHS Chelsea Flower Show 21-25 May 2013, Stand SR2 Alon Zakaim Fine Art is proud to exhibit at the RHS Chelsea Flower Show 2013 in collaboration with the British sculptor Paul Vanstone. An exciting array of work from the artist’s oeuvre will be showcased on stand SR2, and a selection of Vanstone’s new and unseen sculptures will be on public display for the first time. We are also pleased to announce that following the Chelsea Flower Show, our second solo exhibition of Vanstone’s work, Origins, will be opening in our Dover Street gallery from 4 July – 16 August 2013. Vanstone personally sources his marble from across the world to create his highly polished, intricately veined sculptures, which strip down the human form to the essentials. Carrara Form (2012) and Sunrise (2013) intimate reclining figures reduced to a simple curve of profile and lower limbs, whereas Tinos Torso 2 (2012) and Jade Torso (2012) develop the theme of the full length portrait, abstracting the composition whilst investing each with a subtle yet distinctive presence. Vanstone experiments with both form and scale. The monumental Portuguese Profiles (2013) develops a minimal double silhouette, whilst Ripple Torso (2013) is executed on a more modest scope, the sweeping forms of the marble replicating intricate folds of fabric. Combining both classical and contemporary influences, his work is an exciting juxtaposition of the old and new. Paul Vanstone has won the Certificate of Merit at the Chelsea Flower Show for the last two years. His works have been shown in the Victoria and Albert Museum and the British Museum, and he has been commissioned for various large scale public works. Vanstone has received several important awards, including the Darwin Scholarship, the Henry Moore Award, and the Lord and Lady Carrington Sculpture Garden Commission. The RHS Chelsea Flower Show will be open from 21st - 25th May 2013. Opening hours are 8am - 8pm, 21st - 24th May; and 8am - 5.30pm, Saturday 25th May.

Opposite: Carrara Head (2009). Sold to a Private Collection, UK

The artist in his studio, working on Tree Top Figure 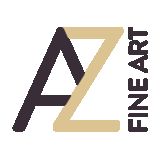