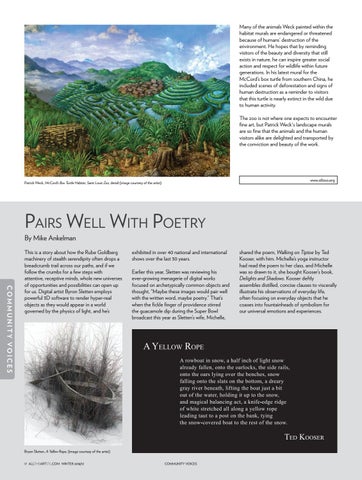 Many of the animals Weck painted within the habitat murals are endangered or threatened because of humans’ destruction of the environment. He hopes that by reminding visitors of the beauty and diversity that still exists in nature, he can inspire greater social action and respect for wildlife within future generations. In his latest mural for the McCord’s box turtle from southern China, he included scenes of deforestation and signs of human destruction as a reminder to visitors that this turtle is nearly extinct in the wild due to human activity. The zoo is not where one expects to encounter fine art, but Patrick Weck&#39;s landscape murals are so fine that the animals and the human visitors alike are delighted and transported by the conviction and beauty of the work.

This is a story about how the Rube Goldberg machinery of stealth serendipity often drops a breadcrumb trail across our paths, and if we follow the crumbs for a few steps with attentive, receptive minds, whole new universes of opportunities and possibilities can open up for us. Digital artist Byron Sletten employs powerful 3D software to render hyper-real objects as they would appear in a world governed by the physics of light, and he’s

exhibited in over 40 national and international shows over the last 30 years. Earlier this year, Sletten was reviewing his ever-growing menagerie of digital works focused on archetypically common objects and thought, “Maybe these images would pair well with the written word, maybe poetry.” That’s when the fickle finger of providence stirred the guacamole dip during the Super Bowl broadcast this year as Sletten’s wife, Michelle,

shared the poem, Walking on Tiptoe by Ted Kooser, with him. Michelle’s yoga instructor had read the poem to her class, and Michelle was so drawn to it, she bought Kooser’s book, Delights and Shadows. Kooser deftly assembles distilled, concise clauses to viscerally illustrate his observations of everyday life, often focusing on everyday objects that he coaxes into fountainheads of symbolism for our universal emotions and experiences. 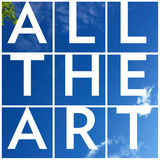 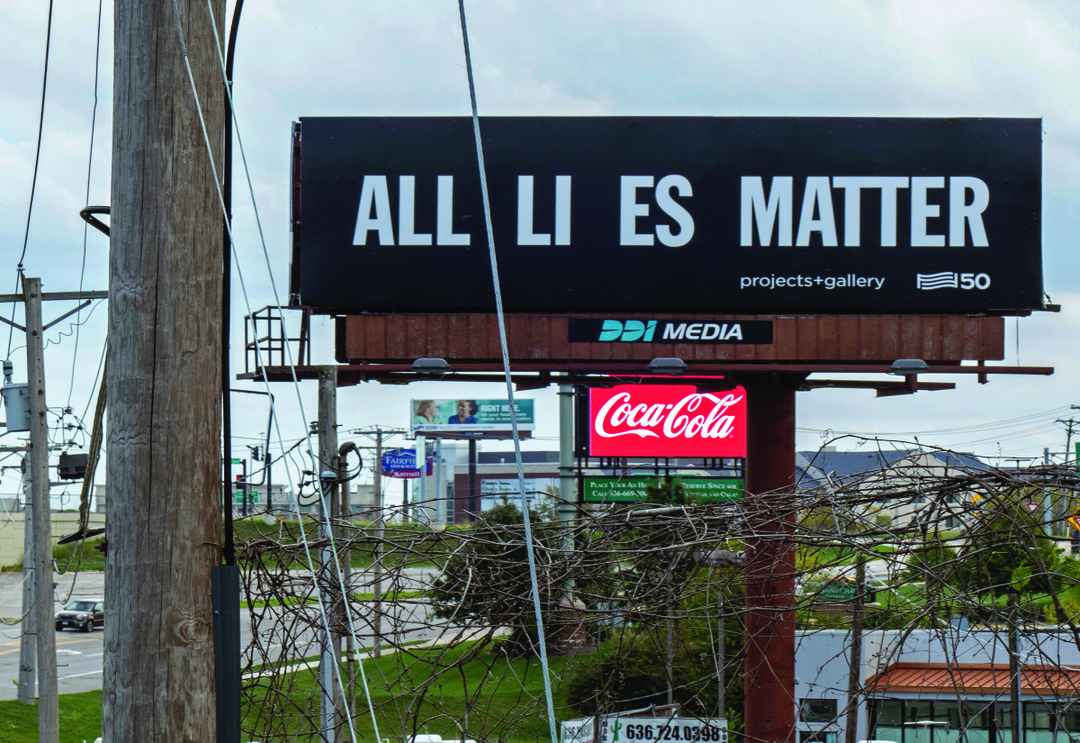 Winter 19 Letter from All the Art

Read the “Art and Social Change” Issue of All the Art! 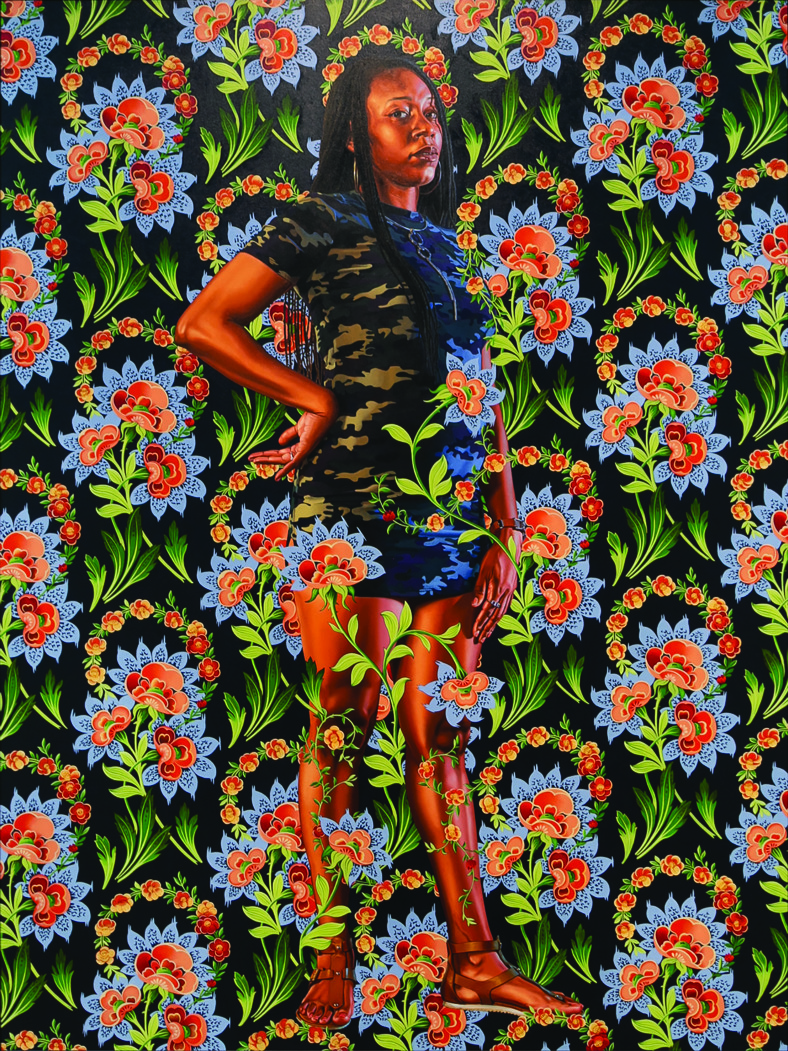 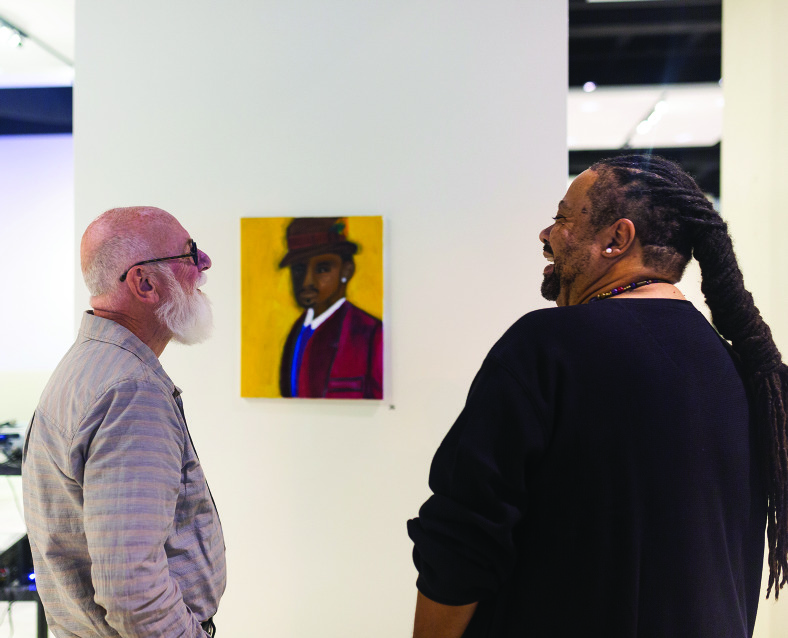 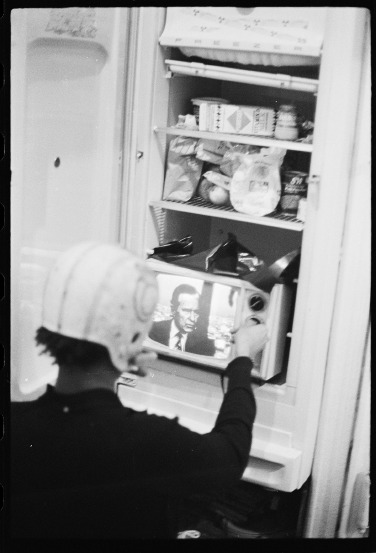 A Skin You Love to Touch (Keep Her Where She Belongs) 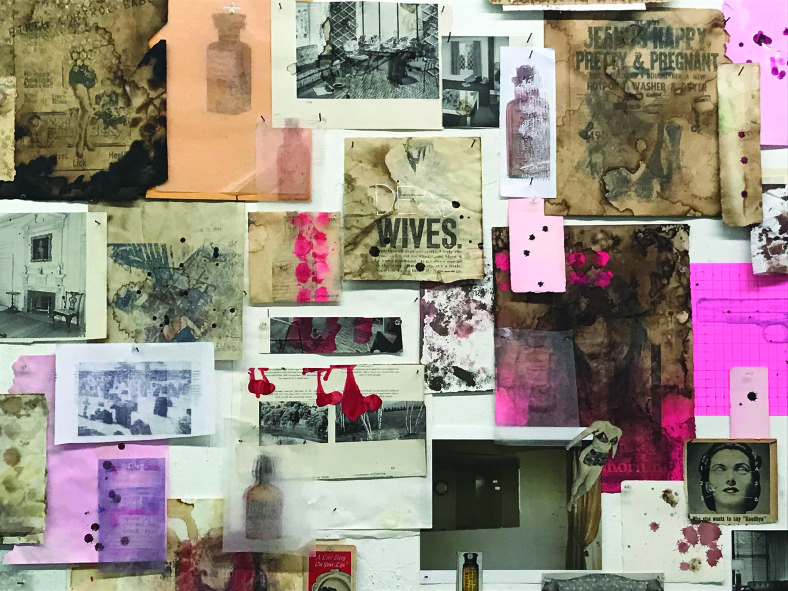 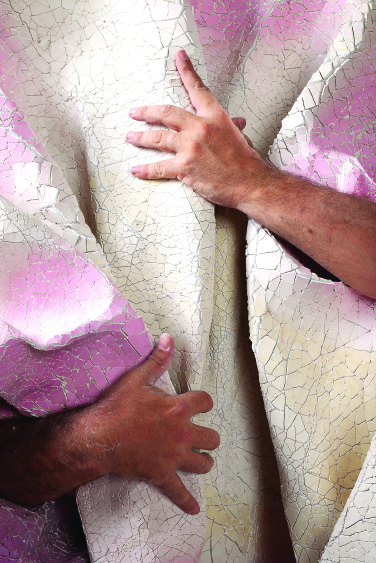 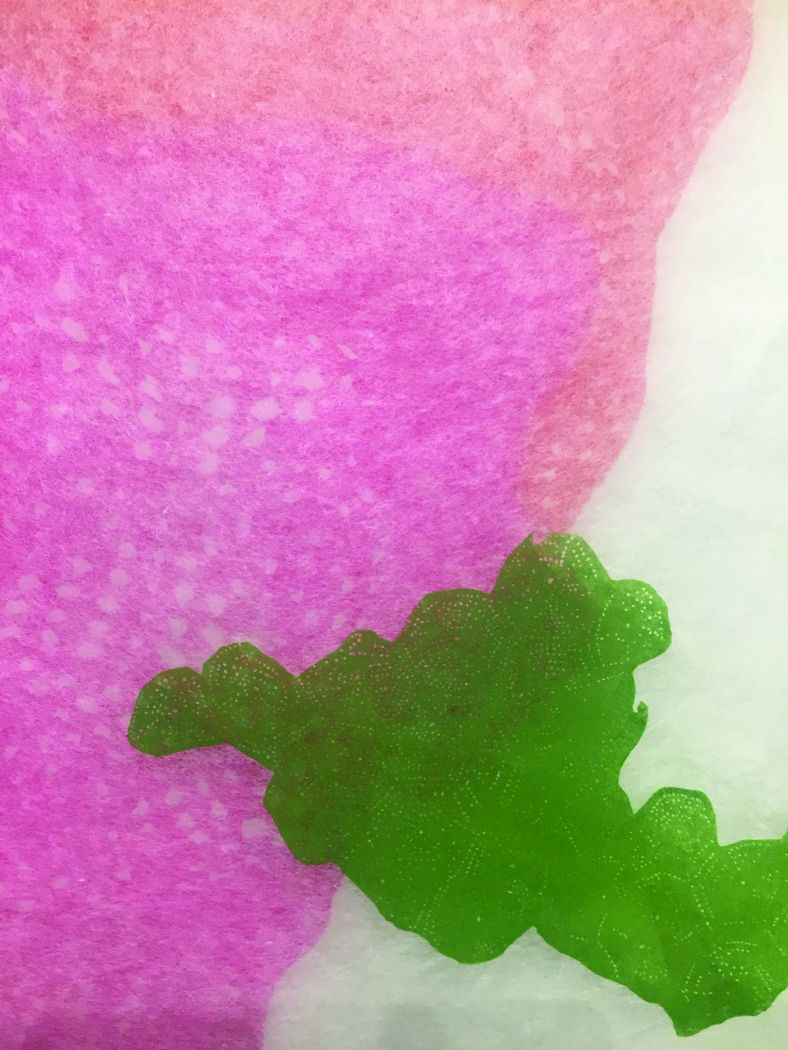 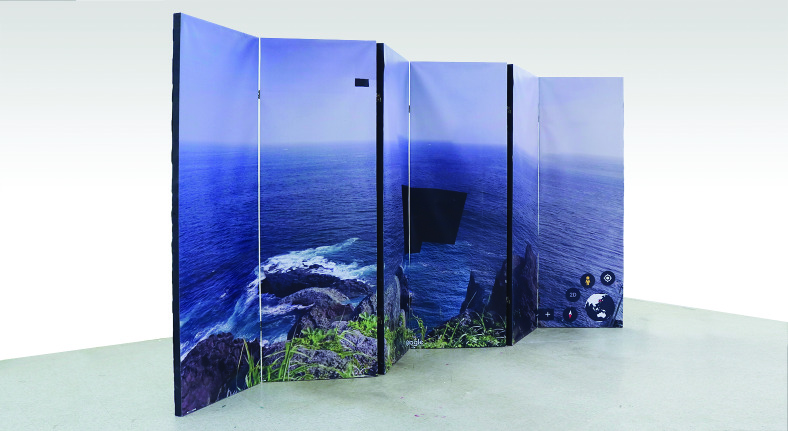 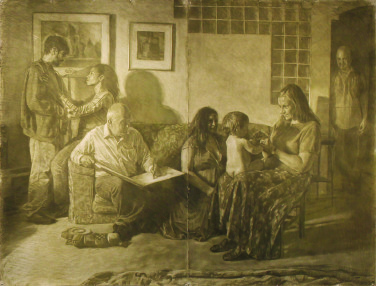 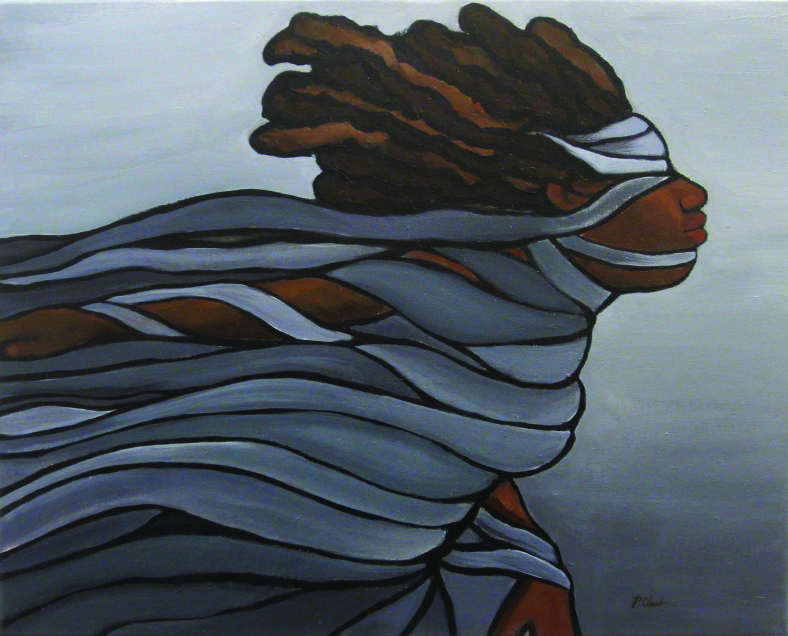 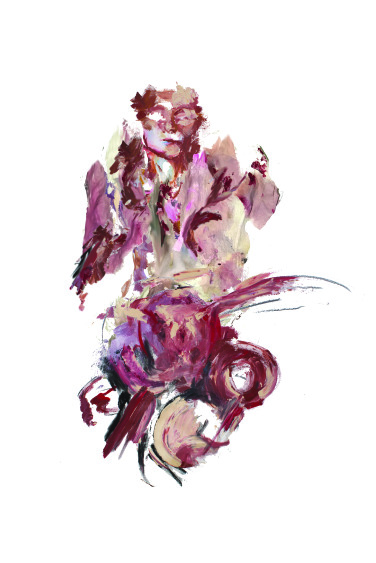 [ALT+SPACE]: Alternative Spaces in the Arts 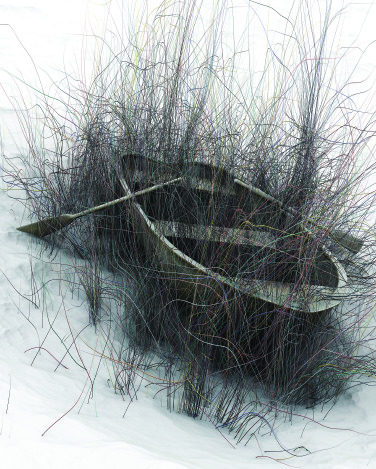 Intersectionality of Arts and Privilege: Moving Toward Equitable Creative Action 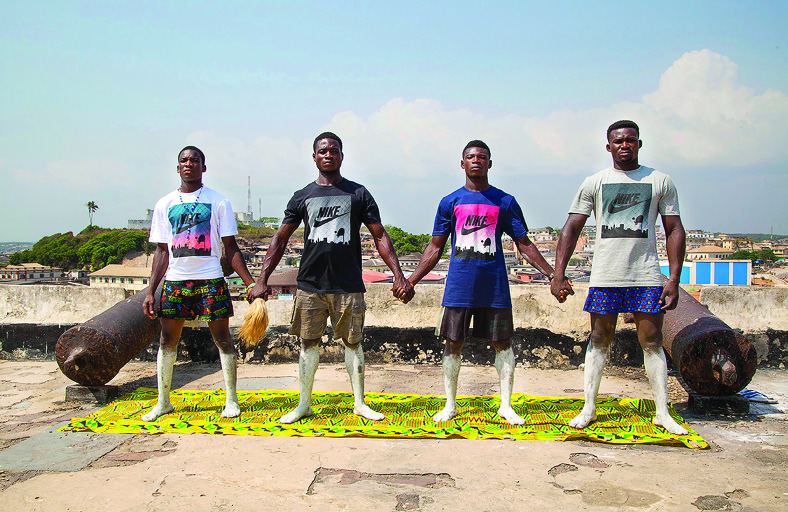 Testimonials from Artists for Social Change 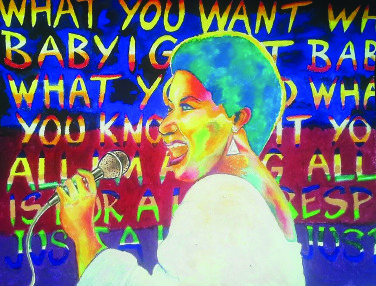 Aretha in Living Color By Adrian A Wright Commentary

Cultivating the Creative Side of Adults with Intellectual and Developmental Disabilities

Cultivating the Creative Side of Adults with Intellectual and Developmental Disabilities Report on Willows Way in St. Charles by Jennifer Beidle Commentary