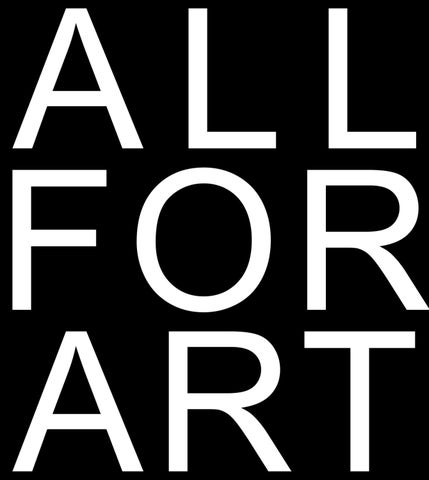 PRESENTS ALL FOR ART AND ART FOR ALL ISSUE ONE NOVEMBER 2012 SYDNEY, AUSTRALIA

Welcome to the inaugural edition of ALL FOR ART, a publication for art lovers of all persuasions. This issue sets up the basic template for an online magazine focussed on the Sydney visual art scene. It is an open space for articles, interviews, stories, images and discussion. It is a place for writers, critics, artists and their advocates to engage in a productive conversation. It costs nothing and no one gets paid. It is up to you, the contributors, to use this forum as a platform to showcase the great contribution the artists and galleries of Sydney make to the fabric of our city.

THE PRELIMINARIES: AN INTERVIEW WITH CHRISTOPHER HODGES story by Chloe Watson

Sitting in his commerical gallery space in Waterloo, artist and gallery director Christopher Hodges discusses the state of the Sydney visual art scene and the role this publication might play. Could you tell me a little bit about your vision for ALL FOR ART? Over the past few years I’ve had various ideas about what I could do to help the visual art world in general, and over the past few months I’ve been bumping into colleagues at other functions and the suggestion has come about that it would be good if we could just get together. And so bumping around the back of my head has been this idea of ‘all for art and art for all’. It’s an idea I came up with some time ago, but it applies now, because all these galleries are spread out all over Sydney and we hardly ever get a chance to talk to each other. I figured that something I could do was to get people together, and if I produced an online magazine I could get them together socially and then I could keep them in touch with each other through this online magazine that they could all be participants in. The magazine would be aimed at getting the ideas

that are good for art, good for the art world in Sydney, disseminated to an audience that would appreciate them. It would be keeping us in communication and it would be our way, the commercial galleries’ way, of interacting positively. I hope that this publication will extend the voice of the visual arts in Sydney, speaking for the artists and speaking for the good work that galleries do, which is often overlooked. This will be a voice for the self-employed people of the art world, and that’s exactly what we need. How does the title fit with this vision? Like the Three Musketeers, everyone pulls together to support the cause. And because it’s everyone in, all in, it’s not about egos, it’s not about individuals, it’s about a collective voice to support the visual arts... It is for not for one person’s gain, but for everyone’s gain, and of course, for the gain of art. And why do you think it is important that this publication is produced? Well, the Sydney art world is a vibrant place,

there’s a lot going on in it. There are plenty of artists of merit, there are plenty of galleries that represent those artists well… But, probably the least voiced in the visual arts in Sydney would be artists and the galleries that represent them. There are plenty of organisations that are public institutions where people work on wages and salaries to support the visual arts and that’s terrific. But the self-employed people in the visual arts – the artists and the galleries that represent them – really don’t have a terrific voice. There are maybe a couple of columns in newspapers, there’s some good magazines that come out irregularly. But there isn’t really a vehicle for positive discussion and dissemination about the visual arts. There’s plenty of young writers that don’t get a chance to write, there’s plenty of young artists that don’t get talked about. So if we can just have a vehicle where we can do that, it should be a better place for everybody. On another note, the Sydney gallery scene is made up of a lot of galleries with their own constituent tribe, and some of that tribe wander around every gallery in Sydney. Some of that tribe wander to the other galleries nearby, one or two perhaps. But then a lot of people just stick with their one little gallery. And until we can get more people

travelling between all the galleries, feeling part of the Sydney world, and feeling that art is an important part of Sydney life… well, that’s what we need to do. So if we get all the galleries in Sydney to participate in this magazine, then people who read this magazine can see that there’s more to art than just one little space in one little town – it’s a big thing, and art’s worth supporting for the principle of art as much as anything else. What audience do you hope it will reach? Hopefully, if there’s a good participation rate from artists and galleries, it should reach the dedicated art audience who are most interested in the visual arts... I’m hoping that because people will observe what’s going on closely, as expressed by those that are involved, other people on the edges will start looking at this as a major source of information about the visual arts, and so it will start to spread. And eventually it would be nice to think that government agencies, like the Australia Council, and curators, might start looking at it as another place to find out a lot of positive information about the visual arts through this free public forum. What do you envisage the magazine covering?

What content will it include? I don’t know, I’m looking forward to seeing what comes from it. The first theme is the Sydney Diaspora, and that’s probably looking at difference, but also looking at similarities… and hopefully that will provide a forum that people will want to use to put forward something about their position in the world of art in Sydney. But what exactly that position is will be fascinating to see… I will say editorially, the only thing that I’m really interested in is that the information is basically positive, that it offers analytical information, that it’s exciting and enthusiastic and revealing... but I wouldn’t like it to turn into a whinge document, where people just make complaints about all the things that they don’t like. That doesn’t interest me in the least. The positive side of what we’re doing should take up far more room than the negative side. Now, this has partly come about because of the state of the art world at the moment… I think that in the past 15 – 20 years the values of money have dominated our lives and they have supplanted the value of other things, the arts in particular. Our governments are knocking back funding for arts, our institutions are being cut back in funding, our education resources have been taken out of the visual arts and I think that it’s time that the visual arts came forward and said, ‘hey, we are really good, pay attention.’ It’s nothing to do with the money, its to do with the quality we add to society. The cultural wealth of Australia is defined by its artists and composers and authors and not just its monetary wealth.

If you start to devalue your culture, you’re in trouble. Why are commercial galleries important in Sydney? If you believe in art then you need to believe in artists and if you’re a gallery you need to support the artists you represent well. Commercial galleries have exhibited artists’ work, nurtured young talent, and been the resource for people seeking to find out more about the artists of Sydney. Thus, commercial galleries are the nurturing, breeding ground of the next generation of artists, and they are the showcase for the current generation of artists, and they are the support mechanism for all of the artists that are being overlooked by the institutions. Everyone needs a voice, and galleries are a voice for the visual arts, for the artists. Is there anything else that you think needs to be addressed in the inaugural edition, to be set up as a prerogative? I think that art galleries are all pretty small businesses, and people tend to sit pretty separated from each other, pretty isolated. All our hours are the same, there is very little opportunity for collegiality and communication. So if we can start something together that is a very simple thing to be a participant in, that will encourage conversation, will encourage a more congenial view of the whole of the Sydney art scene and those that participate in it, then its got to be a positive thing… I guess that’s what we are trying to do: bring people together for the cause of art. All for art, art for all. It’s that simple. 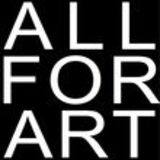 ALL FOR ART AND ART FOR ALL

ALL FOR ART - Inaugural Edition

The inaugural edition of ALL FOR ART

ALL FOR ART - Inaugural Edition

The inaugural edition of ALL FOR ART