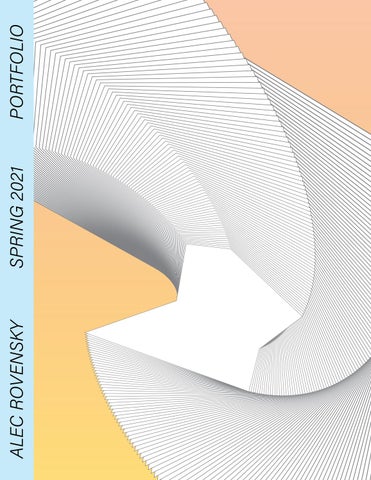 Conservatory Syracuse • 2020 with Maria Gutierrez Willis Carrier’s invention of the modern air conditioner was a turning point for enclosure. Spatial organization was completely reconsidered in light of the new technology which provided climactic consistency throughout the year. Limitations in enclosure efficiency were no longer obstacles to thermal comfort. As a result, much modern construction became thermally inefficient. With the rise of energy-guzzling buildings, and reliance on dirty energy sources, the environment begins to suffer. Syracuse has particularly endured long-term environmental degradation due to the heavy industrial presence of corporations such as Carrier and Honeywell. Our proposal is a response to this narrative. As a memorial to the “death of the environment”, the museum functions as a physical monument to the efforts of conserving the surrounding region’s natural biome amid its rapid degradation. It serves as a learning center, while simultaneously conserving seeds and living local fauna in a “vault” and conservatory respectively. (right) exterior perspective. Rhino, V-Ray, Photoshop 01

REGLET AND SEALANT COUNTERFLASHING TURN UP EDGE OF MEMBRANE

Types &amp; Rites Florence • 2019 with Elyse Killkelley &amp; Cathy Wu As the University of Florence plans to relocate its dedicated architecture library, the Le Murate complex, occupying the eastern edge of the historic center of Florence, presents itself as the site for this proposal. Literally meaning “the walled”, Le Murate began as a convent of “walled” nuns. In the 19th century, the convent was disbanded and the buildings turned into a prison, with a notable panoptic condition. Our library proposal seeks to adaptively reuse the abandoned prison buildings, by extending and weaving “ribbons” into the urban fabric. The process began with an investigation into the relationship between architectural typologies and the ritual behaviors they enact. Through an exploration of existing Italian types and how they stage ritual action, the design centers around the rites of sorting - books, people and knowledge - by integrating a split-height wall system, scissor stairs and service corridors. (right) ground floor plan. Rhino, Illustrator 09

Water Facility is a water quality research center and recreation campus located along the old Erie Canal. It supports the Center for Environmental Systems Engineering laboratory established in 2000 at Syracuse University. Lab research is focused on ecosystem responses to disturbances as assessed through environmental chemistry and bio-geochemistry analysis. This proposal helps support these research efforts while simultaneously generating public awareness and engagement. The series of pavilions establishes the role of this facility within the more extensive river ecosystem and landscape as its bold, rounded forms protrude out of the steep 50 foot North-facing slope. The 6.6 acre site consists of a research space, an education pavilion, a covered boat launch, water quality laboratory and a public promenade along the canal. (right) site plan. Rhino, V-Ray, Illustrator, Photoshop 15

Water Damage New York â&amp;#x20AC;˘ 2020 with Jack Hymowitz Through the development of the drop ceiling as an architectural assembly, the design examines the dereliction of the ceiling as an elemental barrier, in the form of a catastrophic failure of a leak. Beginning with a flat dry surface, four iterations of panels range in increasing dampness that culminate in a drip. This panel incorporates a light fixture, which shines through a translucent membrane in the extremity of the drip. At the perimeter of each panel, contours smooth down to the base to facilitate a continuity with adjacent panels, fastened by the frame. The panels were implemented in two contrasting â&amp;#x20AC;&amp;#x153;moistâ&amp;#x20AC;? environments: a Mikvah ceiling, a bath used for the purpose of ritual immersion in Judaism, where the panels mimic the condensation which occurs in the small, steamy space, and in a subway station, where mold flourishes amid the leaky ceiling. (right) panel dampness variations. Rhino, Illustrator 21

Terra Dispositions Thesis Prep â&amp;#x20AC;˘ 2020 Human intervention of the landscape to source materials by damming, irrigating and mining is resulting in the rapid fluctuation of water bodies: either the desertification or flooding of terrain. In turn, these changes are disrupting ecosystems, reshaping geological borders, and causing irreversible climactic damage. As water content level in these materials is altered, properties such as strength, elasticity and resistance fluctuate, altering its useful functions. Terra Dispositions seeks to investigate the behaviors of residual wet matter, a byproduct of these novel deserts and wetlands, in relation to the human modification of the lithosphere to explore possible future built conditions of water bound cities. Clay, historically significant for its high elasticity and strength, is one of the most common residual forms of wet matter in these altered landscapes. The versatility of clay allows for extensive material testing and model-making, which can be used to better understand larger-scale geological processes. By better understanding residual material properties, the proposal intends to speculate on the future typologies of civilizations most affected by water fluctuation. (right) digital collaged artifact. Blender, Rhino, Illustrator 23

Spazio Magazine Milan • 2019 This excerpt is a spatial exercise that follows the intent and procedures lined out in the article by Luigi Moretti “Structures and Sequences of spaces”, published in the issue of Spazio n.7 (1952-1953). The scope of focus is void as solid, in a study of the spatial configuration of individual rooms and spaces in Milano Stazione Centrale. The series of compositions discuss the sequences and thresholds involved in this major transportation hub at the Northern gate to Italy. (right) 8-page spread. hand-drawing, model-making, original photography, Rhino, Illustrator, Lightroom, Photoshop 27

King’s Cross &amp; St. Pancras London • 2019 with Lindsey Brown &amp; Siraphob Khuptiphongkun This diagram depicts the cross-railroads of King’s Cross station and St. Pancras International station in Central London. Both buildings have been transformed in form and program in order to be adapted to different uses and conditions with the advance of transportation technologies. These composite buildings offer an example of how London’s architecture and infrastructure operate by continuous juxtapositions, stratification and transformations. This study focuses on the formal, structural and organizational complexity of this kind of hybridization, providing insight that will be adapted to other projects.

Zeebrugge Port Terminal Belgium • 2019 with Kalani Mah, Julia Ocejo, Diego Becerra, Stephanie Michell, Maria Gutierrez &amp; Jamely Ramos Between 1978 and 1989, the Office for Metropolitan Architecture produced a set of unbuilt projects reinterpreting the idea of the social condenser in a completely different context and historical moment from its Soviet roots. OMA used the idea not as a pedagogical project, but as a tool to intensify the “metropolitan condition” and accelerate the “culture of congestion” that they understood as main qualities of urban life. The Zeebrugge Sea Port Terminal, a few miles northwest of Bruges, Belgium, is one such unbuilt project. With an opportunity to access and expand on OMA’s plans, through models, drawings, and a collection of images, this speculative design attempts to once again reinterpret the idea of the social condenser for today, adapting it to the challenges presented by the United Kingdom’s political departure from the European Union. (right) section perspective. Rhino, Illustrator 31 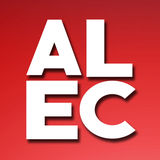