Adrian College In the News: Spring 2019 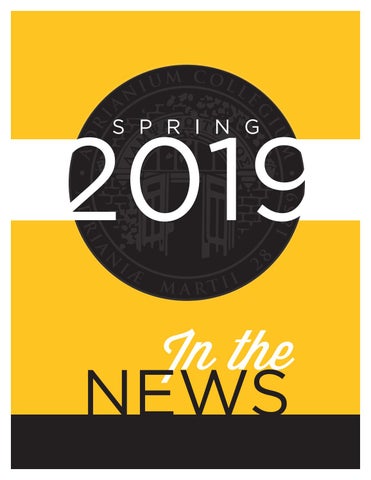 statewide would lose power due to the storm. At 3 p.m. Sunday, Tanis said, there approximately 65,000 affected, according to major energy providers who report their numbers. A power outage near and in Morenci around 9 p.m. Sunday and af­ fecting 436 Consumers Energy customers forced Morenci Area Schools to close Monday. While power was restored by midmorning Monday, the estimated time of restoration was 6 p.m On Monday afternoon, there were 123 Consum­ ers Energy customers in Lenawee County without service, the largest being 102 customers north of Palmyra. Midwest Energy Coop, the second-largest provider of electricity in Lenawee County, reported no outages on its network, according to its outage

ADRIAN _ Members and supporters of the ZontaOub ofLe nawee Cowity gathered Thursday eveQing to honor the 2019 recipient of the Amelia Earhart Award, Andrea Rae Milner. 0ne resonating theme was apparent to audience members as Milner spoke of the secret behind her success: never underestimate the power of anything, especially the strength behind supporting one another. The accolade itself celebrates those who exemplify excellence in their fieldand a pioneering spirit as demonstrated in the life of Amelia Earhart.

Earhart, who herself was a member of the Boston and later New York chapters of Zonta International, is best known for her achiev e­ ments as an aviation pio­ neer and author who broke gender stereotypes and piloting records before her disappearance in 1937 during an attempt to fly solo across tke Pacific Ocean. The Zonta Club of Lenawee awarded this year&#39;s Earhart Award to • Milner, who serves as vice president and dean of academic affairs at Adriaq Col­ lege. She spoke of the influential people in her own life who guided her down the road to personal �d professional success. See MILNER, Page 2A

Christopher Momany, Adrian College chaplain and author of &quot;For Each and All: The Moral Witness of Asa Mahan,&quot; will discuss the work of Adrian abolitionist Asa Mahan and his interactions with suc;h leaders as Freder­ ick Douglass and Abraham Lincoln. The program is free and open to the public. Tecumseh District Library is at 215 N. Ottawa St. For more information call Chuck H�st at the library, 517-423-2238.

&quot;Romeo and Juliet&quot; is performed by the Adrian College senior synchronized skating

their lives, and -audience · members were treated to. music performed by the . Cake Wallin&#39; Jass Band and a reading of an in­ spiratj.onal poem entitled &quot;Rise Up!&#39; All who spoke said Milner&#39;s-character is a great exemplification·of the ·embodiment of the award and its purpose,to · inspire anci. encourage · one.another.. Zonta International is a global network of professionals united to _&#39;sup­ port equal rights an� a life free of violence for women and girls and to· empower women world­ • wide through service and . � . · ,&#39;. .�cacy. · �-· . ·

Adrian College In the News: Spring 2019 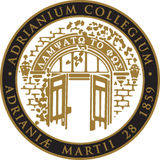