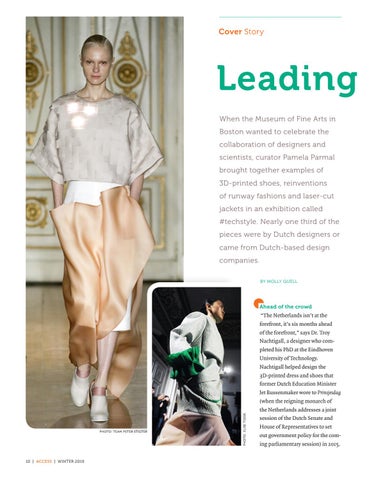 Leading When the Museum of Fine Arts in Boston wanted to celebrate the collaboration of designers and scientists, curator Pamela Parmal brought together examples of 3D-printed shoes, reinventions of runway fashions and laser-cut jackets in an exhibition called #techstyle. Nearly one third of the pieces were by Dutch designers or came from Dutch-based design companies. BY MOLLY QUELL

Ahead of the crowd

“The Netherlands isn’t at the forefront, it’s six months ahead of the forefront,” says Dr. Troy Nachtigall, a designer who completed his PhD at the Eindhoven University of Technology. Nachtigall helped design the 3D-printed dress and shoes that former Dutch Education Minister Jet Bussenmaker wore to Prinsjesdag (when the reigning monarch of the Netherlands addresses a joint session of the Dutch Senate and House of Representatives to set out government policy for the coming parliamentary session) in 2015. 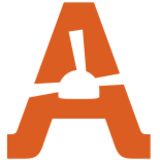