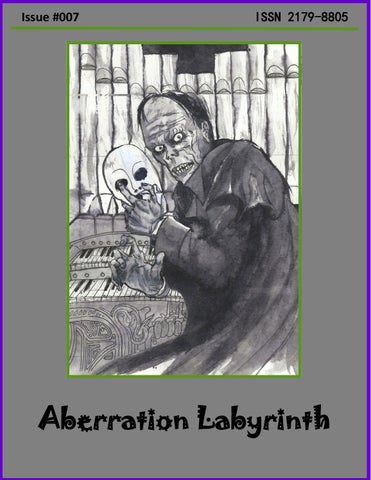 A Note From The Editors: Welcome to year two of Aberration Labyrinth. Thank you, all of our readers, for keeping us alive. -AL

He sits on the side of his bed, trying to remember Her voice, her movements, the details of her face, Which were lost to him. (She told me to keep my eyes closed.)

She gives in to the manager (who is a flirt, by the way) and orders the sweet potato fries.

All he had left was the touch of her hip to his As they lay naked side by side On her bed at school that year, The year being lost to him, too. (She asked me a question.)

She won’t outgrow her new shoes, the cobalt and black stilettos, the nude pumps, even the silver suede boots.

The moment reduced itself to a point, and all other points, Which shuddered for due attentions, Were swept aside by the soft rise of flesh over her hipbone and his. (Her head rested on my shoulder.)

She settles in, just fitting onto the stool, and tosses her glossy hair until she notices some men watching.

He remembers turning to the face he can’t remember, And he remembers saying something he wants to forget.

Then she busies herself cutting up the chicken in her salad.

political ragdoll Kris James I am undone by the thought of your political righteousness. using personal beliefs to podium and discredit politicians from your bedroom desk in your parent’s house. when you’ve never seen the underbelly of the mountains looked into a starving child’s eyes and denied them a bite of your blueberry pie. Please, for me, keep your bedroom window closed because if the air from outside gets in you will unravel like a ragdoll in a dog’s mouth.

She adds just a little dressing. The girl refills her soda. Or is it pop? Co-cola? Coke? Thelma gives in and orders a slice of lemon pie. She gives in.

I love your shadow I play with it most every night It surrounds me and my pillows Making them come alive I kiss them They kiss back The glow of the t.v, The pangs of my body I pull your shadow closer And bury my head in it Lying naked When will I see the sun?

The Mother knew her life was now fulfilled By little fingers wrapped around her own. His infant face lit up the room. It shone Bright as the waking sun upon the hills. The mornings marched along, yet her love still Was greater than the greatest love e&#39;er known. With red sun heavy in the sky, the phone Shrieked its low dirge. He&#39;d brought such joy until… …Through windows bled a seeping crimson light Which fell directly on the Cooper&#39;s face. Another casket, baby-sized. It might Suffice to finish in a span of days, But Mother&#39;s grief ran deep into the night, And who was he to make the poor girl wait?

As abrasive winds strip green leaves of color Some evergreen needles are not, Crackling along with once-softer brothers, The prophets among the trees.

Ragnorök Robert F. Gross the scarred-up unarmed tattooed vets yell bravo out of souped-up wheelchairs as she evel knievels across the philharmonic high notes flaring into annihilation the full width of the gibichung hall and

But Daddy, do leaves have to change? Mommy, does death have to Clear the way to life, To the world we all share? Earth still fertile cradles the fallen victims As open to them as the sun she loves. Firm shelter waits. If she could speak, She might say wearily, yes, Let&#39;s all be uniquely alike.

The Taste of My Last Beer

Had been disappointing. The bar had been crowded and the summer heat oppressive. I was alone and hungry and miserable. The friend I was waiting for never showed up, so I toasted one to myself just to spite him. It had been cheap beer, cheaper than my life, and it had tasted like my hometown river after a football game.

I’m sitting here waiting Holding the combination Because I wouldn’t let you hold the bag But need you to come up with some plan To unlock us. I stand so alone with desire It’s driving me crazy like Those flowers looking beautiful In between the weeds.

I sat there on that old bar stool for a long time, thinking about all the times beer had disappointed me. I figured that time to be the worst, so I finished in three swallows, left a tip in change, and buzzed back out into the too-bright world.

Too much yoga and too many gin and tonics Persephone Abbott Downward dog in Holland, I anticipate Calcutta And those six bel canto singing Students I am going to meet But most of all I’ll type tap tap in sync to the Tea wallah’s rattle and the call of the Passing gardener whose Beautiful vowels will inspire me To write something mighty topical. The nights will linger In my soul like the mint tea I never drank.

The local police revealed that a teenage girl had been abducted and that anyone with useful information please contact their missing persons hotline immediately. And after three long exhaustive weeks of searching, they finally found me: naked, lying face down in an irrigation ditch, with bird bones scattered among a dense clump of reeds and feathers strewn all across my body, sprouting from my mudslicked hair like stray dandelion seeds. The coroner had concluded, in his official report, that the COD was due to: &quot;Severe ligature strangulation.&quot; When the Polaroid’s flash stung my eyes, I thought that I might blink. But I didn’t. As his camera spit out the glossy photos, I felt embarrassed. The bruises around my neck looked like a rubber gasket seal or a black halo that had slipped off my head and looped itself tight around my shoulders like a wound-up infinity scarf. The funeral was open casket, but my face was censored by the stiff tulle veil which hid the world of light from view. And when my parents squeezed my bleached fingernail beds for the last time, I swore that for a second I could feel the faint stir of wings within. The surest sign of a fledgling’s pulse.

The pastor says she’s gone home to Jesus. He talks about her baptism, her big heart, and the deeds done. The pastor says we are all sinners and the cost of sin is death. That unique savior is the only key to heaven. The pastor says she was a believer, she was saved. The people she fed, strangers she clothed, children she took in as if they were the best of her blood, do not count as stamps in her heavenly passport. The pastor says Who believes? Now, this second, for the first time, and ever after?

Rough Around the Edges

That tendons could be like chocolate And that we like to run, bend backwards To touch each other, we press out tongues In new directions, trying to rip each other to shreds With each caress, cannibalizing each other until We cannot bend, our teeth would be red and brown And white. We’d be guilty of a crime we are too afraid To accuse ourselves of now.

my body’s all bones and sharp edges i have hips like daggers i’ve a chin that cuts they all complain i’m bumped and bruised all over. i’ve been battered and torn grown weary of it. there’s a chunk of me missing here and there stuck on things that my edges hit too hard.

Age Christiana Shovlin You look old. Not because of the hump in your back or the selfswallowing eyes, but by the way You smoke a cigarette like You’re kissing someone you’re about to lose.

Cooking in Retrogression Lyndon Seitz If we boil you down enough, we get your elements. You’d boil down to ginger. You would be strong. I am aware that ginger is not an element. This is not a science.

All artwork for this issue has been provided by Ben Mohr.

This marks our second year of publication. Issue #007 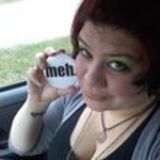