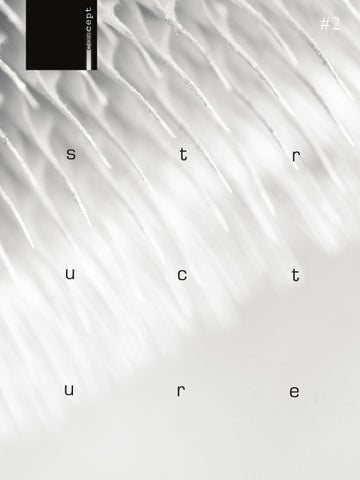 Concept is an international online ART PROJECT for abstract ar t, painting and photography based on Facebook, founded by Elena Korn. The purpose of this group is an attempt to merge geometry, form and construction with the nature of unconsciousness (your associations, sensations, spontaneity) into a unified whole—a concept express ed on a photography. The artists members of this group are prompted to work under three key principles: • Conceptualisation • Geometry • Experimentation The works shown in this magazine are interprtations of the concept STRUCTURE—”a fundamental, tangible or intangible notion referring to the recognition, observation, nature, and permanence of patterns and relationships of entities.” (Definition by Wikipedia.) Represented ar tists: • • • • • • • • • • • •

Concept Magazine: The Concept Magazine was created by Alexander Fredés for showing the selected pictures of the quar terly theme of the Group Concept based on Facebook. The selection is done by the Founder and Curator of the group, Elena Korn, and is based on the author’s ability to represent ideas and thoughts in photographies. Neither technique nor names are considered impor tant for choosing a work. Curator : Elena Korn Editing, Form and Ar t Direction: Alexander Fredés Front cover photo: ©vLiz Davison Nr 2 October/2013 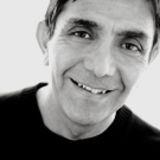 The magazine was created for expose the experimental works of the member of the group "Concept" based on Facebook. The selection of photogra...

The magazine was created for expose the experimental works of the member of the group "Concept" based on Facebook. The selection of photogra...