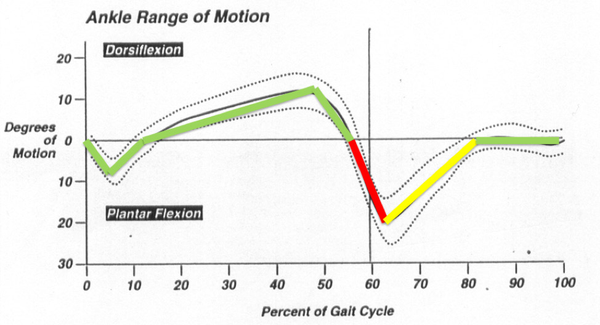 Background Achieving robust control of a myoelectric prosthesis utilizing skin surface electrodes is highly dependent on acquiring noise-free surface electromyography (sEMG) signals. Acquiring noise-free signals is complicated by the variety of positions and loading conditions experienced by the prosthesis in use, which can further degrade signal quality. 1-6 The traditional approach to myoelectric socket interfaces is to embed the electrodes into the wall of the socket. In this design, the metal dome electrodes can separate from the skin due to translation of the socket, presenting significant challenges to the goal of collecting high-quality sEMG signals. 7-10 These movements typically lead to inconsistent or varying signals that greatly diminish control. 7

To address the challenges associated with incorporating electrodes directly into the socket, several attempts have been made to incorporate a gel liner into myoelectric socket interfaces. 11-15 These attempts involved retroactive changes to the liner and therefore reduced the mechanical durability of the assembly and complicated the donning process.

More recently, the Shirley Ryan AbilityLab (formerly the Rehabilitation Institute of Chicago) developed a gel liner with integrated electrodes for use with a pattern recognition system

such as Coapt Complete Control. Preliminary testing showed that the system maintained electrical signal quality after eight weeks of at-home use (although electrical resistance did increase) and was preferred by the test participants over their existing systems. Further development of the system was performed by the authors.

Mechanical testing to evaluate the performance of the new myoliner over the expected lifetime is warranted. Further, the ability to don the liner in a consistent orientation and place the electrodes within the liner system accurately should be investigated to explore possibilities of the liner system to work with two-site control systems. The purpose here is to investigate these areas.

factor of four. The fatigue strength test was used to evaluate the change in linear resistance of the electrode leads after repeated stress. The linear resistances of the conductive leads were measured before and after the fatigue strength. A cyclic load was applied, keeping the myoliner in constant tension, where the tension varied with time. To execute the various procedures, a myoliner prototype was donned over a rigid core and connected to the tension-compression machine. The assembly was oriented so the force was applied along the long axis of the liner directly through the center of the distal end.

Donning Repeatability and Electrode Accuracy A grid mapping concept was used to translate electrode positions from a 3-D liner form to a 2-D panel form where the electrodes are actually integrated. The concept under evaluation consists of the patient donning a grid-marked liner without electrodes and selecting the desired grid location for the electrodes to be placed. This information

would then be used by manufacturers to fabricate a myoliner with the electrodes in the desired locations.

Two residual limb models were fabricated (Figure 2). The residual limb models represented limb geometries that would utilize a small and medium size liner, respectively (size information according to WillowWood sizing chart). An upper and lower band was marked on the core to distinguish a practical myosite range. The practical myo-site range excluded: 1) the distal end, as electrodes in this location will have poor contact with the skin, and 2) the area greater than 20 cm from the distal end, as the proximal joint of the user would impede electrode placement in this region. A total of 14 tapping screws were drilled into specific locations on the residual limb as shown in Figure 2. These locations were chosen to provide a variety of distances from the distal end and from the seam of the liner.

To evaluate donning repeatability, gel liners were donned by three able-bodied participants using a one-handed donning technique (Figure 3A) to simulate a donning technique that would be used by a person with unilateral upper-limb loss. The participants then marked the location of the center of the screw heads with a marker (Figure 3B). The participants then doffed the liner, placed the liner in their non-donning hand, and transferred the liner back into the donning hand before starting the next don attempt. This process was repeated for a total five times per participant. A different colored marker was used for each participant.

A) Single-handed donning process. B) Marking of the center of the screw head onto the liner surface.

inspected to determine the greatest distance between two dots within a cluster. This distance was recorded as the TOTAL spread. The greatest distance between two dots of the same color was also measured and then recorded as the P01, P02, or P03 spread. Average and standard deviation was recorded for: 1) TOTAL, 2) P01, P02, and P03 individually, 3) P01, P02, and P03 combined, 4) Width 1, Width 2, and Width 3, and 5) Height 1, Height 2, and Height 3.

To evaluate electrode accuracy, the liners used in the donning repeatability study were used. Three clusters from each side of those liners were chosen as electrode positions that the prosthetist desired. The position of a cluster position on the liner was determined by counting the number of squares in the horizontal and vertical directions from the origin of the grid. The origin was preselected as the middle grid position on the proximal liner of the grid formation. The desired grid position was then transferred to a new liner panel, and a 10-mm x 10-mm box was drawn to indicate the location of the electrode and conductive lead termination. For this experiment, the electrode and conductive thread were not added so the box served to represent this location.

After the liner panels were marked with the appropriate electrode locations (marked by the red box), the panels were

used to complete the liner fabrication. Next, the donning process was repeated and screw head positions were indicated using a marker. The results were quantified as the distance from the center of the target area to the center of the cluster for the group as well as each individual participant.

Results for the Donning Repeatability Test

Cyclic inflation test. A) Deflated or relaxed state. B) Inflated or stressed state.

Following this analysis, a cyclic inflation procedure was performed to simulate a “break-in” period for the liners. The liners were inflated to the upper circumference limit based on the Willow- Wood sizing chart and then deflated by reducing the internal air pressure to 0 psi (Figure 4). Each cycle lasted 60 seconds (30 seconds inflated and 30 seconds deflated) and was repeated 500 times.

Mechanical Durability The myoliner exceeded the ultimate strength test criteria of 200 pounds of axial tension. Following the 2 million cycles of fatigue strength testing, the average increase in linear resistance of all of the conductive leads was 2.7Ω. This marks a dramatic reduction in the change of resistance reported with previous versions of the myoliner developed by the Shirley Ryan AbilityLab. The low

starting resistance and minimal increase in resistance show the myoliner configuration will be effective transferring muscle signals over the entire life of the liner.

Donning Repeatability The results for the donning repeatability are shown in Table 1. The greatest spread was found when calculating the TOTAL. The TOTAL was larger for the medium liner compared to the small liner. A smaller spread was found when looking at the individual participant spreads. On average, P01 had the smallest spread and P02 had the largest. The average of all of the individual spreads was 8 mm.

Electrode Accuracy The results again showed the liner is donned repeatedly by each individual participant. The total cluster was comparable to that found in the previous study. In terms of proximity to the red box, the markers were close and even within the box on many occasions (Table 2). Following the cyclic inflation test, the

positions of the electrode placement on the liner (Figure 5) did not change from the results shown in Table 2.

Discussion The mechanical properties of the liner were improved compared to previous at-home testing performed by the Shirley Ryan AbilityLab. Material changes to the liner fabric and conductive material allowed for greater resistance to mechanical

strain and significantly reduced the change in resistance after long-term use. Keeping the resistances constant over time is important for the performance of the myoelectric system. For example, a prosthetist sets the gains for each signal channel during the fitting process in a direct control system. Changes in the resistance of the conductive pathway could alter the performance of the system and would require adjustment to the gain values. If the resistance change is too great, it may result in a signal channel that no longer provides valuable information to the control system.

The donning repeatability results provide evidence that the liner can be donned in a similar orientation multiple times. The fact that the total spread (all colors) was greater than the spread for an individual test participant is not surprising and could be a result of varying donning cues and hand strength/ dexterity. However, the results showed within subject donning was highly repeatable. The spread values calculated here are point-to-point measurements, but electrodes are not point contacts and generally cover the surrounding skin surface (i.e., commercial electrodes are approximately 10-mm diameter). Therefore the electrode body will cover some of the distance measured in this study, reducing that value in clinical practice.

Although some of the markers were not in the square, all of the clusters were close and repeatable. The vertical height of the clusters was relatively in line with the box locations, even after breaking in the liner by repeatedly filling it with pressurized air. Most of the error was in the horizontal direction. This suggests that the prosthetist and patient can work together upon delivery of the liner to establish a modified donning cue to get the electrodes closer to the desired location. For instance, the results here could have been better if we simply rotated the liner a few degrees. Since all of the errors were off in the same direction, this simple rotation would have corrected those positions.

We did not adjust our donning cue for this study, but perhaps this should be evaluated in future studies.

The process used here was far from optimized and refinement will likely lead to better results. The grid was drawn on by hand. Although an L-frame and measurements were used, there is still room for variability. Future work should investigate the use of a more standardized and repeatable approach for applying the grid.

Conclusions The work here provides evidence that the myoliner design is mechanically sound, the system can be donned repeatedly in a similar orientation, and electrode locations can be transferred accurately. The evidence here supports the use of the myoliner for both direct and pattern recognition control strategies; however, the authors feel pairing the myoliner with pattern recognition control will offer the highest level of performance for the system. Ongoing work investigates the performance of a myoelectric prosthesis utilizing a production-like myoliner to other interface systems.