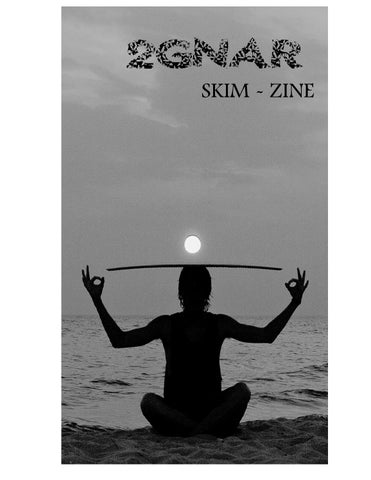 HOW LONG HAVE YOU BEEN SKIMBOARDING ? like a year and 7 months WHERE DO YOU LIVE ? SURREY, BRITISH COLUMBIA AGE? 19 SKIM SPONSERS? none STANCE? regular FAVORITE TRICK?

I really like three shuvs! they feel so good to pop!

RAILS OR BOXES? much!

I like both! I haven't really got a huge chance to skim either that

HOBBIES? I skateboard not much else , sponsored by pinz board shop in salmon arm I'm SKIM SPOT? Waterwheel park in enderby! HOW FAR IS YOUR SPOT? waterwheel is like 20 minute drive from salmon arm. But now I'm living in surrey WHO DO YOU SKIM WITH? I usually skim with my brother and a few other guys from salmon arm #SKIMNATION? Skimnation isn't really anything me and my brother just thought we would hash tag it on Instagram HOW DO YOU LIKE SKIMBOARDING? I love it! It's so fun! And it's pretty new to me so I feel like I'm leaning new stuff all the time! YOU SKATEBOARD? DO YOU FEEL LIKE YOU ARE SKATEBOARDING ON WATER? Kind of! It does feel different though but I feel like being a skateboarder makes me wanna pop my tricks more and pushes me to try an hit rails and boxes and stuff!

isnt really anything me and

my brother just thought we would hashtag it on Instagram

Our beach in Southport, CT was first observed in the spring of 2010 by myself and Shayne Dunn. Before that I had only been riding in beaches/lakes at Cape Cod and Penfield Beach in Fairfield, CT. First day me and Shayne rode Southport, we knew It was most likely the best beach for flatland skim boarding in CT besides the spots located in Old Saybrook, CT.

With endless tidal pools, soft sand it seemed like a mini, east coast Spanish Banks. But, there are many hazards though in the summer time at Southport Beach. This includes snails, Razor sharp clams/shells, as well as “death cookies”. Not to mention, sometimes the sand is so soft and muddy you can’t run. You have to really pin point out your spot before riding to avoid injury and to set up whatever you are trying to hit.

This includes snails, Razor sharp clams/shells, as well as “death cookies”. Tides are also a major problem. Compared to Penfield Beach, which is north about 5-8 minutes in Fairfield CT, catching the tides in Southport you only have a three- four hour window compared to the 6 hour window at Penfield. The incoming tide rushes in drastically, making conditions unskimmable in the blink of an eye. But once you find the right day and conditions, it might be one of the best places out there to sesh. You can choose areas with only one inch of water to do bank slides or powerslides along with pools where you can pump ollies, pop shuv’s, grabs, and combos on whatever set up you are hitting.

I’d much rather have that variety than hitting a beach break in CT or Cape Cod where constant waves can always shorten or ruin a run. Southport is always rideable on sideshore winds too.

Shayne put together the biggest flatland skimboarding camp for kids in CT back in the summer of 2010 and made the beach recognized. He has been a DB rider since 2009 and has performed some of those most tech tricks I’ve seen to date including 540 front shuv’s off kickers and 360 shuv its to one foot out combo’s. I myself have some tricks up my sleeve. Unfortunately, Southport is still basically off the map because no one really gives the sport a chance/rides here and there is no where to buy the right boards anywhere around. Other local riders in the area include my friends Matt Chop, and Jason Grant who I’d say were some of the OG’s of flatland here in CT dating back to 2005. Other friends/riders include are Macs Carberry, Dylan G., and Mike Breal. You can subscribe to me and Shayne on Youtube through the channels PenfieldSkimmer and Anythingskim. More edits will be on the way this spring and summer! If anyone wants to come shred at Southport, contact me and I’ll let you now the right day. Also props to the other shredders of the east coast including Matt Flood, Arick Hess, Garrett Young, and Thomas D’Anieri, and any riders I have not mentioned who continue to push the scene.

Some of the 2GNAR possie after a sesh at Maktze Puddle. In TX. (mitche,tyler,Trenton,jcisneros,lopez,daues,potter)

Where do you skim? Ashton Paradise Bannister Rio Linda

Generally we skim all year round most skim activity will happen in summer which are contests and skim clinics we have normally about five or six contests a year starting in april finishing in septemer and its normally one contest a month and during the summer we give skim clinics at events like the KBO ( kite board open) and the madnes festival which is a five day music festival on at island in the north. We have two teams here in Holland the first being a flatland team paradise skim krew consisting of Adrien Raza, lisa van leeuwen and myself, our team is about a year old now and was started by myself and adrien we later got lisa to join us and as a team we have travelled to Germany for contests like the boot trade show which is probably the biggest contest we attend in Germany and the beachbreakes skim fest , last year adrien and lisa also attended the PSO polish skim open. The other team is a wave team named liquid skim, there members are Jermo de Lange, Dali Moerings, Thijs Rentier, Maxim van der Mast & Marente Smit. They have been around for a much longer time then paradise skim krew and they attend all the contest in Holland and also a few contest like boot. Skimboarding in Holland, we donâ&#x20AC;&#x2122;t have the best spots or the biggest waves but we have some great memories a lot of us are all friends that see each other quite a lot and even though right now we are a small group of people skimboarding and the scene isnâ&#x20AC;&#x2122;t as big as the ones in America we are slowly growing with the passing years and hope to continue so, we are a friendly group of people and always looking for new ways to get people into the sport and increase its popularity between the youth and welcome anyone with a smile into our little community of skimboarders For more information about the dutch skimboarding scene head to www.skimboarding.nl or www.dutchskim.nl

Isaac Thomas filming in Texas for the next DB Film, expected to drop summer 2014.

Kelbin david is pushing flatland skim in the Keep pushing it over there Kelbin.

I had the opportunity to interview Conspiracy Skimboards owner Anthony Davis. See what he has planned for the future of flatland skimboarding. Q:ELDER A:DAVIS

What is your brand? Conspiracy skimboards is a rider owned and rider driven skimboard manufacturing company based in Vancouver BC, Canada who specializes in high performance skimboards made by hand in Canada and unique traction. What does conspiracy have in store for the future of flatland skimboarding? We set to push the progression of skimboarding and board design for years to come. Expect high performance skimboards, unique traction, events, innovative rail designs and tricks along with high level media for summer 2013! What made you want to start your own skimboarding company ? Last summer I had the opportunity to be behind scenes at kyda skimboards. Fortunately Kyle lynch who ran Yoda taught me everything about the manufacturing side of making a skim board and what it takes to run a company. I had the idea of starting a skimboard company for many years and knew what I have learned from the 2012 season with kyda skimboards and a ton of research of my own with board manufacturing I knew I could design and build a better board than the so called high end flatland skimboard sold today. The short answer is I love skimboarding and starting a skimboard manufacturing made perfect sense.

What are the shapes looking like? We are going to release a directional shape and twin shape for 2013 both with a twin rocker pattern. When is the first batch of skimboards droping? Board will be available for purchase in late April on our online store. Are yall going to sponser any riders? Yes we will have a small team for 2013 consisting of some great riders from Bc 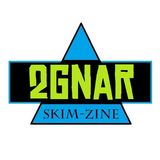 Enjoy the first issue of 2GNAR SKIM-ZINE. This project was started in January 2013. It involves the progression of Flatland Skimboarding , O...

Enjoy the first issue of 2GNAR SKIM-ZINE. This project was started in January 2013. It involves the progression of Flatland Skimboarding , O...