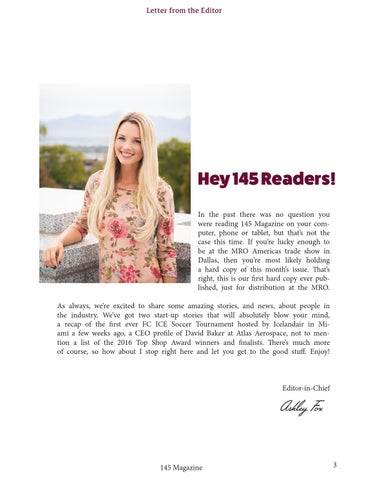 Hey 145 Readers! In the past there was no question you were reading 145 Magazine on your computer, phone or tablet, but that’s not the case this time. If you’re lucky enough to be at the MRO Americas trade show in Dallas, then you’re most likely holding a hard copy of this month’s issue. That’s right, this is our first hard copy ever published, just for distribution at the MRO. As always, we’re excited to share some amazing stories, and news, about people in the industry. We’ve got two start-up stories that will absolutely blow your mind, a recap of the first ever FC ICE Soccer Tournament hosted by Icelandair in Miami a few weeks ago, a CEO profile of David Baker at Atlas Aerospace, not to mention a list of the 2016 Top Shop Award winners and finalists. There’s much more of course, so how about I stop right here and let you get to the good stuff. Enjoy!

145 is a lifestyle magazine dedicated to people in the aviation industry. 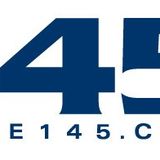