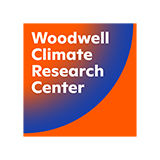 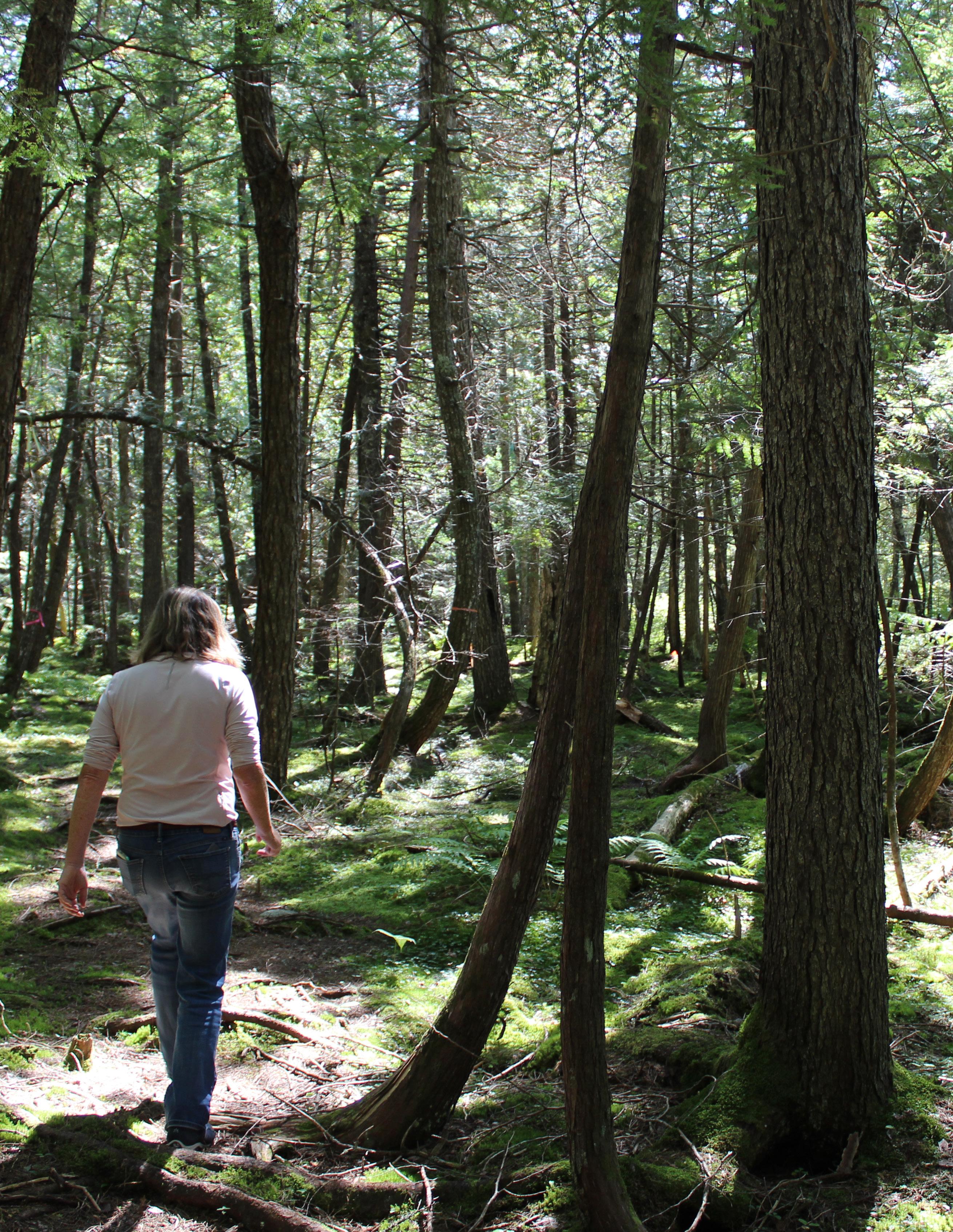 Achieving internationally agreed climate targets is likely to require not only rapid decarbonization across all sectors of the economy, but also the removal of massive amounts of carbon from the atmosphere. Protecting and restoring forests currently is the most costeffective way to do that. Already, forests absorb roughly one third of fossil fuel emissions globally. Forest restoration and regrowth could expand that, but specifics of where and how much remain uncertain. Woodwell Climate Research Center continues to be a global leader in advancing understanding of the potential of this natural climate solution, and carrying that understanding into the public sphere.

While it is clear that forests have a significant role to play in climate change mitigation globally, incorporating natural climate solutions into emissions reduction and sustainable development goals at the national or local level remains more challenging. Previous work with collaborators at The Nature Conservancy showed that natural climate solutions could provide over a third of the emissions reductions needed in the coming decade to limit warming to less than 2°C.

More recently, Carbon Program Director Dr. Wayne Walker and former Woodwell Climate Research Assistant Melissa Chapman were part of an effort to assess the potential contribution of ecosystem protection, management, and restoration to the climate plans of tropical nations under the Paris Agreement. Bottom line: the study found that in half of

New work this year highlighted the fact that the climate benefits of trees need not be reserved solely for large tracts of forest. A study led by Chapman found that trees planted on agricultural land could have a significant impact, with just 10% adoption holding the potential to realize as much as 7.6% of the total climate change mitigation needed by 2030 to keep global warming below 2°C.

“Additions of trees to agricultural land is a win-win. By reducing soil loss and increasing shade, agroforestry practices have the potential to benefit farmers and their communities by increasing yields, protecting health, and improving biodiversity,” said Dr. Walker, a coauthor on the study.

Crop and pasture lands currently account for over one-third of global land cover, and agricultural production accounts for about a tenth of global carbon emissions. That means there’s a lot of room for improvement, but the study identified a potential obstacle—the greatest potential for increased carbon accumulation is in places that don’t include agroforestry among formally recognized climate mitigation strategies.

“More research is needed to understand how best to realize the carbon potential of increased integration of trees in agricultural landscapes at the regional and national scales. If we know what’s driving higher adoption in certain regions—whether it’s policy levers or economic incentives—we can look to apply those successes more broadly,” said Chapman, now a Ph.D. Candidate at the University of California, Berkeley.

Meanwhile, other work involving Dr. Walker and Woodwell Senior Scientist Dr. Richard (Skee) Houghton provided a more accurate picture of the potential impact of natural forest regrowth, rather than active tree planting. The landmark study mapped the carbon accumulation potential of natural forest regrowth and found that the UN Intergovernmental Panel on Climate Change (IPCC) may be underestimating rates by 32 percent on average.

“While there has been much in the news recently about how management actions—like initiatives to plant a trillion trees—could be employed to reduce the accumulation of carbon in the atmosphere through increased storage on land, this paper points to the significant role that Mother Nature has to play in mitigating climate change if we simply allow forests to regrow on their own,” said Dr. Walker, Woodwell’s Carbon program director.

However, the study also highlighted the importance of where—not just how much— forest regrowth is pursued. The work revealed that the potential for carbon accumulation can vary by up to 100fold, depending on factors like climate, soil, and slope. The authors also concluded that previous work may have overestimated the global potential of natural forest regrowth by 11 percent owing to overly high carbon accumulation rates assumed for some areas.

“Among the pathways currently considered for natural climate solutions, natural forest regeneration (or reforestation) is comparable in terms of carbon emissions to avoiding deforestation (or conservation). Natural regeneration is also lower in cost than planting trees and has the potential to help rebuild natural biodiversity,” said Dr. Houghton.

Time is not on our side

It has been widely noted that, while carbon capture technologies are still in development, forest conservation and reforestation are carbon drawdown strategies available today. However, while trees can be planted, protected, and allowed to regrow immediately, it will take years or decades for new trees to reach their full potential for capturing and storing carbon. The same is true of other natural climate solutions, such as altered soil management practices. This delay could halve the potential benefits of natural climate solutions between now and 2050, according to a new analysis released this fall.

“Everyone knows this delay exists, but it is not well accounted for in estimates of the potential of natural climate solutions. And that means we risk dramatically overshooting emissions targets,” said Woodwell Associate Scientist Dr. Jon Sanderman, a co-author of the study.

The analysis identified three factors in the delayed benefits of natural climate solutions. Time lags in the extent and intensity of climate benefits are inherent— results of the time it takes for new practices to spread, trees to be planted and grow, or ecosystems to stabilize after restoration. But a third cause of delayed benefits is simply delayed action; the longer we wait to start, the longer it will take to see results. Far from being an argument against natural climate solutions, the authors say this means we need to take action now.

Forests in the public spotlight

Tree planting as climate policy gained national attention this year, propelled by President Donald Trump’s announcement at the World Economic Forum that the U.S. would join the Trillion Trees Initiative. However, the political discourse around forests and climate change has been tied up with debates—often riddled with misinformation and misconceptions— about the appropriate balance between harvesting and reforestation, and the carbon footprint of burning wood for energy. European Union rules wrongly treat the use of woody biomass for electricity generation as carbon-neutral, leading to increasing pressure on American forests, particularly in the southeast. Some states, like Massachusetts, have also considered adding woody biomass to their definitions of renewable energy.

Woodwell has sought to bring science to bear on these issues. On the state, national and international levels, Woodwell has opposed attempts to expand use of woody biomass for electricity generation. Part of the problem is that clearing forests releases carbon from soils, and that soil carbon storage may not recover for decades, according to a recent study by Dr. Sanderman and colleagues.

“Proponents of burning wood argue that the greenhouse gas emissions will be offset by future forest regrowth, but that takes decades—if it happens at all. That’s not good enough to control climate change,” said Woodwell President Dr. Phil Duffy. The EU has now announced it will reconsider its woody biomass incentives.

In October, President Trump followed up on his February announcement, signing an executive order joining the global Trillion Trees Initiative. However, his administration has continued to block or roll back measures to limit fossil fuel emissions. “The most aggressive natural solutions climate plan isn’t going to keep up with emissions, so if you don’t stop emissions, you haven’t begun to address the problem,” said Dr. Duffy.

Corporate sponsorships offer a number of ways for companies to partner with Woodwell Climate to meet marketing, philanthropic and community engagement goals. Contact Beth Brazil at bbrazil@woodwellclimate.org to learn more about our offerings.

This story is from:
Magazine ~ Fall 2020
by Woodwell Climate Research Center