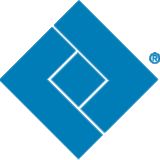 from In It For You - December 2019
by WOCN Society

Starting at age 50, it’s encouraged that individuals get regular colonoscopies to screen for colon cancer. At the age of 51, Daniel Shockley went to his gastroenterologist for his first colonoscopy. 100 polyps were discovered throughout Dan’s colon, rectum and anus, along with a large mass in the ascending colon causing an 80% blockage. Dan was diagnosed with Attenuated Familial Adenomatous Polyposis (AFAP), a rare mutation and a subvariant of Familial Adenomatous Polyposis (FAP), which affects approximately 0.3% of the population and increases the risk of colon cancer. Unlike most people when given a bleak diagnosis, Dan was not scared. He embraced the diagnosis from the onset and did everything he could to learn about this mutation, a process that provided a lot of comfort to him.

Two months after his diagnosis, Dan underwent surgery to remove his entire colon. Seven months after his successful surgery, Dan met Dr. Lynch— the father of hereditary cancer research who discovered the AFAP mutation in 1992. Dan was honored to have had the opportunity to meet Dr. Lynch to share his journey with him, and to receive his world-renowned expertise. The two bonded over the rare condition and their military backgrounds and kept in touch over the years.

Seven years after receiving his diagnosis and undergoing surgery, Dan is living his best life and is fully retired after serving in the Navy for 22 years. Just because Dan is retired doesn’t mean he’s not busy! He devotes almost all his time to spreading awareness about his mutation. Dan’s purpose is to educate the world about his mutation, being a hereditary colon cancer survivor, and the importance of early detection. He speaks at various support groups and educational events around the country, where he shares his journey, discusses the mutation, stresses the importance of early detection, and talks about how both the mutation and early detection have impacted his life.

One way that Dan spreads awareness about his mutation is through public policy. During his time in Hawaii, Dan reached out to Governor Neil Abercombie, Senator Brian Schats, Representative Colleen Hanabusa and Honolulu Mayor Kirk Caldwell to proclaim March National Colon Cancer Awareness Month in Hawaii. Dan received proclamations from all four of them in support of the campaign. Hear from Dan's certified wound, ostomy and continence (WOC) nurses about the impact Dan had on local ostomy communities:

“Almost 5 years ago, a small group of ostomates got together with a strong WOC nurse in our community and started a support group...One of our former members was Daniel Shockley, who contributed in many ways. Not only to the support group but also to the entire state through a proclamation from our governor related to rare diseases. Although Daniel relocated to the mainland, he continues to provide guidance, connects people to resources and others living with similar conditions, helps those affected by rare conditions and continent diversions and their loved ones with practical support, and advocates on their behalf. We in Hawaii miss Daniel’s physical presence but knowing that he’s only a “click” away is very reassuring. Aloha, Doreen Akamine, CWOCN

Daniel Shockley was involved for a short time in our Boise Idaho Ostomy Support Group until he left us for more adventures in Texas. He was such a positive influence on our members, and even presented his story to our group. He did a great job discussing his rare disease and sharing how he was able to cope and “forge ahead with purpose”. I appreciated his work to designate a “rare disease day” for the state of Idaho as well. What Daniel is dealing with is a very serious form of FAP that has affected his colon and various other organs in his body as well. His example of maintaining a positive attitude and helping others is commendable. I also admire his persistence in educating himself and reaching out to experts in the field to help him to better understand and manage his illness. Thank you so much Daniel for leaving a positive footprint in the great state of Idaho!! — Julie Olson, RN, CWOCN

Dan is now focused on getting Texas, his former home state, to be the first to designate March as Hereditary Colon Cancer Awareness Month. Dan reached out to Senator Donna Campbell to sponsor the Hereditary Colon Cancer Awareness proclamation request. After 6 months, Senator Campbell granted the sponsorship— a designation that’s the first of its kind! Dan also reached out to Congressman Chip Roy, a cancer survivor, to consider introducing a bill about this awareness campaign to become part of the agenda in the next Texas legislative spring session in 2021. Until then, Dan will reach out to Senator Ted Cruz and Senator John Cornan to get their sponsorship. He aims to get sponsorship from all 50 states, along with Puerto Rico, Guam and American Samoa to have a Senate Resolution officially designating March as Hereditary Colon Cancer Month. It sounds daunting, but Dan is up to the challenge.

Despite having the AFAP mutation, which is permanent without reversal and has already begun taking over other organs in his body, Dan maintains a positive outlook on life. Dan undergoes endoscopic procedures and biopsies every six months, along with an annual CT scan. “The doctors exhaust all of their scopes during the procedures. If they had a periscope, they would use that too,” Dan joked. Dan loves having the mutation and loves having an ostomy.

“In life we can react, or we can respond. I respond by using my military training to adapt, improvise and overcome. Attitude is forever. Mood is temporary,” said Dan. “I maintain a positive attitude for my health. No pun intended, it’s in my DNA. My attitude is embedded in me, it’s something I had in me all along. I didn’t know how positive I was until this happened. I continued to hear kind words from individuals who heard or read about me and it continues to remind me each and every moment to just continue, keep plugging away.”

When Dan isn’t speaking at events or advocating for legislation, he enjoys being active and exploring the great outdoors. He’s traveled along the West Coast sightseeing, hiking and spending time with family and friends, and his dog Sam who goes everywhere with him. Dan loves the game of baseball and recently joined the Central Valley Vintage Base Ball Club (CVVBB) in Sacramento, where they play by 1864 rules, such as not using gloves, pitching underhand, and wearing vintage era replica uniforms. Dan thinks about his mutation the same way he thinks about baseball:

This story is from:
In It For You - December 2019
by WOCN Society