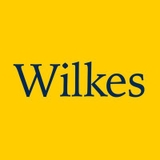 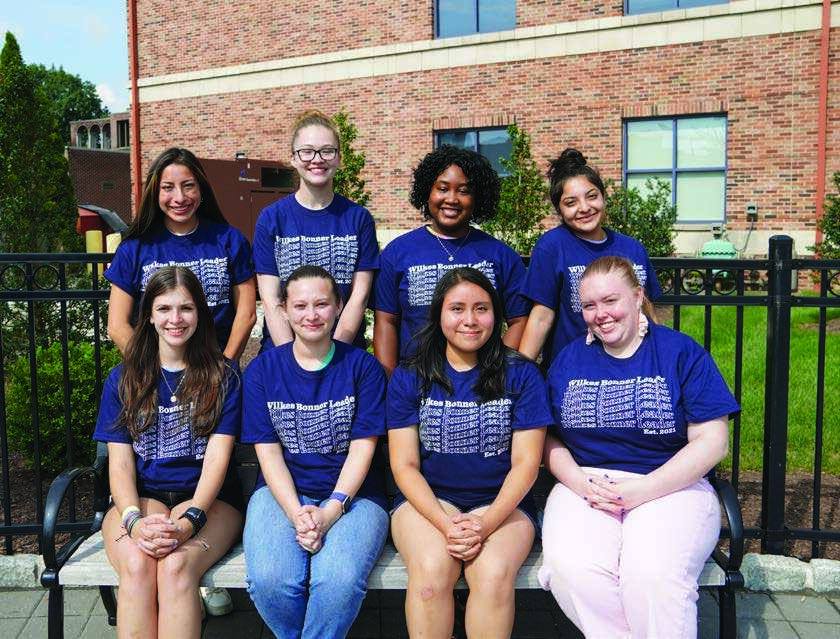 Like the world around us, the Wilkes community has suffered great loss since our last issue. Though we could notinclude each obituary on these pages, we honor all the colleagues, alumni and friends that we have lost. We send oursincere condolences and caring thoughts to all who are mourning.

SALLYANNE ROSENN ’42 of Kingston, Pa., died on Aug. 28, 2021. Sallyanne was a member of Temple Israel Synagogue; its sisterhood, Hadassah; the Jewish Community Center; the Westmoreland Club; and many other civic and religious organizations.

CLAYTON J. KARAMBELAS ’49 of Kingston, Pa., died on Nov. 15, 2021. Karambelas was an alumnus, supporter and friend to Wilkes University. Together with his beloved wife, Theresa, he helped to transform the Wilkes campus through his loyalty, vision and generosity. A native of Wilkes-Barre, Karambelas graduated from Meyers High School and began his undergraduate career as a student of Bucknell University Junior College, going on to receive his bachelor’s degree in commerce and finance from Wilkes College in 1949. Karambelas served on the Alumni Association Board of Directors for many years, and was granted emeritus status in 2018. The Karambelases’ lifetime commitment to Wilkes was recognized in 2016 when they received the President’s Medal, the University’s highest honor given annually at the Founders Gala. Karambelas served on many committees including the community and capital campaigns. In 1994 he served on the president’s council and many years on the alumni association board and earned their first director emeritus chair in 2017. He received the Eugene Farley Award, the Honor of Wilkes Colonel Award as well as the Wilkes Ancestral Colonel and was the recipient of the coveted President’s Medal along with his wife in 2016. As part of his legacy to Wilkes, he was proud to help fund the South Main Street, East

WILLIAM UMPHRED SR.’52, of Clarks Summit, Pa., died on Sept. 10, 2020. Umphred served as a naval officer during the Korean War. Following his return to Wilkes-Barre, he joined Commonwealth Telephone Company as a management trainee in 1955 and was elected president of the company in 1974. He retired in 1989. Umphred served as a director of the Pennsylvania Independent Telephone Association and the United States Independent Telephone Association. He also served as chairman of several national committees of that association. His business associations included service as chairman of the board of Wilkes Barre’s Franklin First Financial Corporation and the Citizens Voice newspaper and as a member of the board of Pennsylvania Millers Insurance Company and OnBanc Corporation (now M&T Bank). Umphred served as a trustee of Wilkes College, president of the board of the Salvation Army and as a member of the President’s Advisory Board of College Misericordia. He was a board member of the United Way of Wyoming Valley and chaired that organization’s 1978 fundraising campaign. He also chaired fundraising campaigns for the Osterhout Library and the Back Mountain Memorial Library.

EUGENE ROTH ESQ. ’57 of Wilkes-Barre, Pa., died on June 9, 2021. In 1960, Roth graduated with honors from the Dickinson School of Law. He was a partner in the law firm of Rosenn, Jenkins & Greenwald LLP, for more than 60 years and maintained a longstanding and successful practice in the firm’s business and finance department to public and private companies. Roth was a 61-year member of the Luzerne County, Pennsylvania, and American Bar Associations. Roth was a member of the Ohav Zedek Synagogue and board member, past president and chairman of numerous Jewish and community civic organizations in Northeastern Pennsylvania. He was a member of the board of directors of several public companies, received the United Hebrew Institute Shofar Award in 2000, National Society of Fundraising Executives Outstanding Volunteer Fundraiser in 1993, B’nai B’rith Community Service Award in 1994, Northeast Pennsylvania Council of the Boy Scouts of America Distinguished Citizen Award in 1998, Philadelphia Chamber of Commerce Distinguished Pennsylvanian Award, Wilkes University Ancestral Colonels Lifetime Achievement Award in 2009, Wilkes University John Wilkes Society’s Eugene S. Farley Memorial Achievement Award in 2009 and the Wilkes University President’s Medal in 2019.

WILLIAM TREMAYNE ’57 of Somerset, N.J., died in May 2020. Tremayne became the first member of the President’s Council at Wilkes University after which he joined the Board of Trustees at the invitation of then President Christopher N. Breiseth. He was instrumental in recruiting the next president at Wilkes, Joseph “Tim” Gilmour (2001-2012). Tremayne served on the Wilkes University Board of Trustees with his younger brother, Ron, also a Wilkes alumnus (’58), and a retired executive with IBM Corp. In 2016, Tremayne became a trustee emeritus. Tremayne was with his wife, Lora Christensen, for 62 years. Tremayne was employed by Prudential Insurance Company for 36 years, rising to senior vice president overseeing the tax department and later, the public affairs division. In 1977, Bill became the treasurer of the Bateman for Governor Committee. In 1981, Bill served on the Kean for Governor Committee. Following that successful election, he served on Kean’s transition team as director of the treasury and budget team. At the federal level, in 1982, Bill helped lead the Grace Commission Defense Department audit team for Johnson & Johnson/ Prudential under President Ronald Reagan and was on the board of Business Executives for National Security.

BEVERLY HISCOX ’58 of Shavertown, Pa., died on Feb. 25, 2021. Hiscox served for years as a trustee of Wilkes University. She served as president of the Wilkes University Alumni Association, served on the Advisory Council for Wilkes’ creative writing program and established the Beverly Hiscox Scholarship. Hiscox served as president of the Northeastern Pennsylvania Philharmonic Society, working numerous years in support of that organization. She also served as an elder in the First Presbyterian Church of Wilkes-Barre and as President of the YWCA. She was also active for years with the Wilkes-Barre General Hospital Auxiliary.

FRANK MENAKER JR., ESQ.’62 of Potomac, Md., died on Feb. 18, 2020. He graduated from William Penn High School in 1958, Wilkes University in 1962, and American University Washington College of Law in 1965. Menaker served as senior vice president and general counsel for Lockheed Martin Corporation, and general counsel for Martin Marietta. He served in these roles for 36 years before retiring in 2006. He was a key member of the 1995 merger team that joined Martin Marietta with Lockheed Corporation creating what we know today as Lockheed Martin Corporation. In 1986, Menaker was part of the Defense Industry Initiative, where he served as chairman of the working group that developed industry-wide standards for accountability, auditing, ethics, and self-assessment. He established a corporate ethics and integrity program for Lockheed Martin that became the defense industry standard. He also served as president of the Washington Metro Area Corporate Counsel Association and chair of the ABA Public Contracts Law Section. In 2008, Frank was listed as one of the Legal Time’s “Visionaries.”

HAROLD E. COX, of Exeter, Pa., died on Sept. 8, 2021. Cox was an U.S. Army veteran serving in active duty from 1954-1956 and then served in the U.S. Army Reserve for an additional 30 years achieving the rank of command sergeant major. Later, Cox attended William and Mary University of Virginia and received his doctorate. He was a beloved professor at Wilkes University for 52 years in the history department. Upon leaving teaching, President Christopher N. Breiseth appointed him as the first official Wilkes University Archivist. The Farley library rooms that house the university’s archives are named in his honor. In 2005, Cox developed the library research methods course which would impact the various academic programs at the university.

STEVEN THOMAS of Kingston, Pa., died on July 12, 2020. He served as chair of the Division of Performing Arts and as professor of music. Thomas received his undergraduate degree from Harvard University before earning his master’s and doctoral degrees from YaleUniversity. At Wilkes, he was the director of choral activities for more than 20 years. In addition to teaching various classes within the music curriculum, he led the University Chorus and the Chamber Singers. Thomas sang in the Lyric Consort and was also the music director of the Arcadia Chorale, both based in Scranton, Pa. He continued the Chorale’s traditions of hosting a spring Bach Festival and an annual Messiah sing-along, which could be heard on WVIA-FM during the Christmas season. Under his leadership, the Chorale performed at the American Choral DirectorsAssociation convention and produced several recordings.

JOHN PASSAN of Laflin, Pa., died on Feb. 21, 2021.At the age of 17, Passan enlisted in the United States Navy.  Stationed on the USS Los Angeles, he served in the Pacific Theater of World War II. After serving his country, he returned home from the war and under the G.I. bill, earned his degree from the Dolan School of Mortuary Science in Philadelphia. Returning to Wilkes-Barre, he began his life’s journey that became filled with business and philanthropic accomplishments. Passan was a founder of Valley Distributing and Storage Company, a family owned and operated warehouse and trucking business, for more than 60 years. He was past president of the American Warehouse Association, the America Chain of Warehouses, and president of Pocono Downs. With the Passan Family Foundation, Passan transformed the education of students in nursing and healthcare. He established the G. Thomas Passan anti Professorship at Penn State College of Medicine in honor of his late brother; the endowments of the Wilkes University Passan School of Nursing, the only named nursing school in the northeast; John J. Passan Hall for Health Sciences at Misericordia University; and the Penn State Open Doors Scholarship for disadvantaged students. Passan has been the recipient of the Northeast Pennsylvania Philanthropy Award and Wilkes University’s honorary degree of Doctor of Humane Letters.

This story is from:
Wilkes Magazine - Winter 2021-2022
by Wilkes University