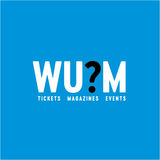 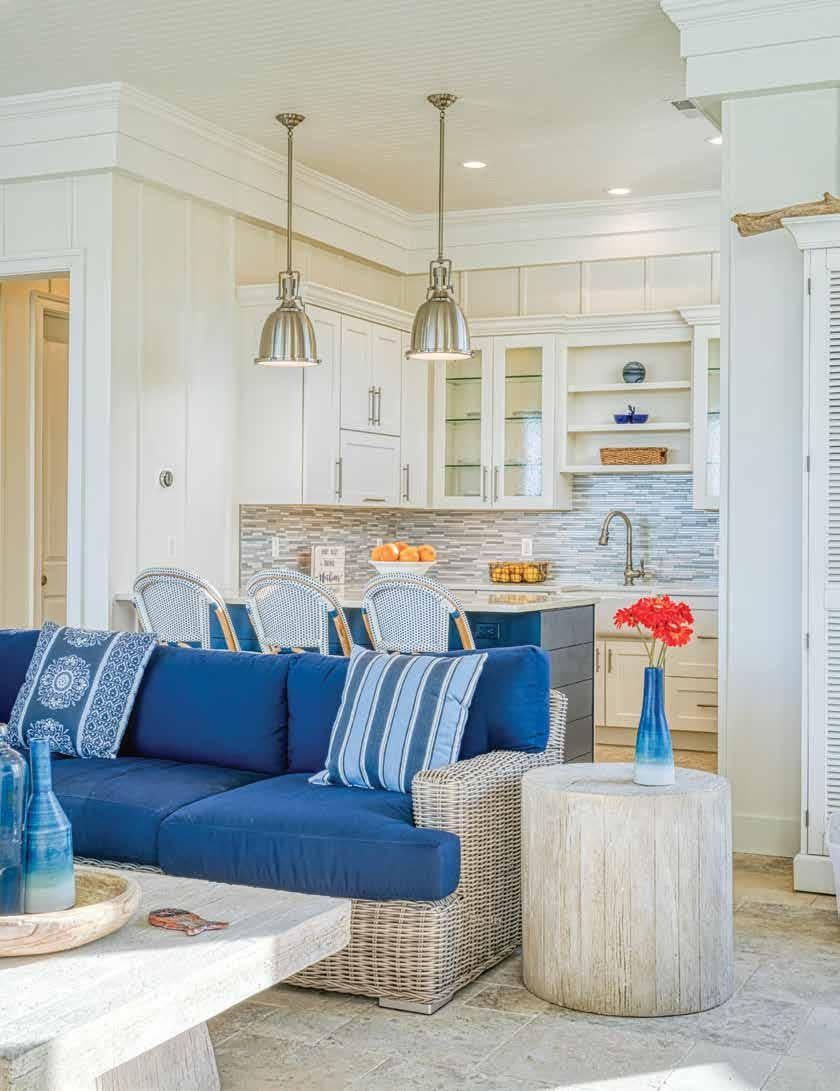 Digging into Kent Island’s Past

rchaeologist Dr. Darrin Lowery sits behind his desk in his office lined with display cases of artifacts he’s found during his career. Affiliated with the University of Delaware, where he works with graduate students, and working as a research associate at the

Smithsonian Institution, he has a wealth of knowledge about geology, archaeology, and history.

Born in Easton, Maryland and raised on Tilghman Island, his story begins while growing up in the ’70s, when he tagged along with his father to look for artifacts on Tilghman and Poplar Islands.

“My spark came when I was 13,” he says. “I was watching a program on PBS called Odyssey, which would be called Nova today. The subject dealt with [wooly] mammoth remains found in New Mexico, which were about 13,000 years old.” That program greatly influenced him.

“What hooks you,” he says, “is the question—‘Why?’ Then that cascades into many ‘Whys.’” After he received his Bachelor’s degree from the University of Delaware, he was ready to begin answering some of those Why questions.

“I was a newbie fresh out of school in 1990, when I began working with some of the Kent Island Heritage Society members—Bill Denny, Audrey Hawkins, Marty Gibson, and Mary White.” They explored the fields and shores of the island looking for tangible evidence of its history.

He knocked on property owners’ doors and convinced them to give him permission to walk their fields and farms, and he managed to explore about 100 acres daily. He walked up the fields and then back down, which averaged 15–18 miles a day.

Between 1992 and 1997, Lowery estimates that he walked every tillable acre on the island, amounting to about 60,000 acres. Along the way, he found vessel fragments, remnants of clay tobacco pipes, projectile points (spearheads and arrowheads), and three clovis points, which are prehistoric tools used 10,000–13,000 years ago. On one memorable day, he discovered 42 projectile points all found on one site.

“It was the best education I ever got,” he says of those days.

After earning a Master’s degree at Temple University, he later he returned to the University of Delaware where he earned a Ph.D. Since then, he’s conducted numerous archaeological and geological explorations. He’ll often go out by himself or sometimes with Bill Denny, using tools such as shovels, spades, or trowels.

Every official archaeological site has to be documented. This is done by marking it by state, county, and by longitude. He then takes slides of the site.

“It’s easier these days because we now have GPS,” Lowery remarks.

When discussing the artifacts that he has found, which date back to William Claiborne’s settlement in 1631, Lowery holds up a segment of a small clay pipe and then two melted blue glass beads. The beads were commonly used for trade with the native tribes—two of which were known as the Matapeakes and the fiercer Susquehannocks. The beads and other trinkets were exchanged for tobacco, corn, and beaver furs. Lowery explains that the beads most likely melted when Claiborne’s fort caught fire in October 1631.

"My spark came when I was 13. I was watching a program on PBS called Odyssey, which would be called Nova today. The subject dealt with [wooly] mammoth remains found in New Mexico, which were about 13,000 years old.”

The settlement, located on the southern end of Kent Island, quickly recovered and by 1634, it was enclosed by a palisade that included a grist mill, courthouse, trading post, and a church.

In 1638, the Calverts, who maintained that Kent Island belonged to them since they had a charter from King Charles I, took control of the Island after fighting a few naval and legal battles with Claiborne, who had insisted that the Island was part of Virginia.

Today, no remnants of the settlement have been found. With shore erosion, whatever was left of it has most likely been swept away with the tides.

Meanwhile, the Native People, were being pushed out. Ravaged by disease and the insatiable push for land by the Europeans, they soon had no other option but to leave the Island. In her book The Land that Was Once Eden, author Janet Freedman, includes a letter written by James Bryan, a Revolutionary War soldier, to a friend.

“I remember the Indians; their last dwelling place was upon the northwest side of the Island near the mouth of Broad Creek, and they lived in their cabins of bark upon a small tract of woodland. They always seemed friendly. I also remember the time of their departure. They left the island near the mouth of the creek and turned their faces westward. They were the last of the Indians upon the island.”

The Reverend Mark Delcuze is the Rector of Christ Church located on Kent Island on Route 8. It’s a spacious and modern church with a light-filled sanctuary that can accommodate 400 parishioners. It’s also a far cry from the rustic building that was the first house of worship on Maryland soil, built soon after Claiborne and his settlers arrived.

To minister to the small congregation was Claiborne’s cousin, the Reverend Richard James, who accompanied him to the Isle of Kent. Soon after their arrival, the record states, “Wee framed a church.” He also brought along “bibles and bookes of prayers for the howse and boates…and a black velvet cushion and black cloth for the pulpitt.”

“It must have been like being on the moon for them,” Rev. Delcuze says.

The Rev. James ministered to the congregation for three years and then left. As the settlement grew, so did the church, and in 1652 after the Calverts had chased out Claiborne, a new church was built near Broad Creek.

“During those days, everyone got around on water,” Rev. Delecuze says. “Everything was tied to the waterways because there were no roads.” This early church was used until 1712 when a new one was built on the same site. The 1712 church, which measured 25 feet by 40 feet,’ served the whole of the Island until it, too, was beyond repair. When it became quite apparent that a new church was needed, another structure was built in 1825 and was ready for occupation in 1826. Poorly built, this one didn’t last long.

According to historian Reginald V. Truitt, during a lecture to the Queen Anne’s County Historical Society, he stated that in 1959, a group of local citizens wanted to find the exact location and size of the 1652 church. Under the supervision of an archaeologist, the citizens were able to pinpoint where the remains of the church were buried. A digging team of 10 men shoveled up the earth and within an hour they struck the church’s foundation. Also, to their great delight, they struck another foundation—the cornerstones of the 1712 church. Both of the brick foundations were for the most part, intact.

first notice the thick, wooden beams arching up to the soaring ceiling. Topped by a steeply pitched slate roof and graced by stained glass windows, you marvel at the work and skill it took to build this church so many years ago. “That’s because the men who built this church were boat builders,” Rev. Delcuze says. “They knew how to build a solid structure.”

This unique church was acquired by Queen Anne’s County in 2003, which then began restoration projects. The church has been on the National Register of Historic Places since 1979. The rare 1754 Baskett Bible, 17 th

century communion chalice, and the baptismal font from the 1712 church have been relocated to the present church near Broad Creek, where Rev. Delcuze proudly displays them. He’s also proud of the fact that he is currently serving the oldest continuous congregation in Maryland.

Today, however, the excavations aren’t visible. “They were reburied to protect them from the weather and from vandalism,” Rev. Delcuze explains.

One wonders about the lives of those who walked this ground so many years ago and now lie silently within it—interred in this sacred and beautiful place.

While the old churches have passed into history, a carefully preserved treasure remains. It’s Christ Church built in 1880, which still stands in the middle of Stevensville. When you step into this Gothic structure built in Queen Anne style, you

“That’s because the men who built this church were boat builders. They knew how to build a solid structure.”

Jack Broderick, president of the Kent Island Heritage Society, enjoys nothing more than sharing his love of history with others, and you can often find him in front of a high school class impersonating a historical character. Or you might see him walking along the banks of Cox Creek looking for arrowheads and Native American tools, and he’s found a number of them. “There’s so much old stuff here,” he says. He doesn’t just read history, he looks for it.

He holds up one of his treasures—an old stone that resembles a dried-up russet potato. Thousands of years ago, it was in the hand of a prehistoric human who used it to grind corn, acorns, and seeds on a stone pestle. He points out the ancient fingerprints that are etched into the stone.

Next, he brings out a perfectly preserved black arrowhead. Then he displays his oldest treasure. “It’s a petrified oyster shell with a shiny black stone jutting out of it. It has to be about 20 million-years-old,” Broderick says.

As he brings out the stones, he remarks that when Claiborne came to the Island, bringing metal parts with him from England to build a pinnace (a small boat), the natives were anxious to trade their corn and tobacco for some of the metal—a much better material than their stone axes, arrows, and spearheads, some of which they had to fashion by chipping off a part of a stone with a piece of deer antler. These discarded pieces are called flakes by archaeologists.

Years later, when the natives had disappeared, their heaps of oyster shells called middens, were still discovered on Kent Island farms.

One of the Society’s interesting finds came when some of its members took metal detectors to the James Kirwan Farm and found tiny stamped tokens that the farm workers used as cash to buy goods at the Kirwan store.

“There’s so much old stuff here” He doesn’t just read history, he looks for it.

Kirwin, who lived from 1848–1938, served in the Maryland senate for two terms. “He was an astute businessman and farmer—a renaissance man,” Broderick says. Kirwin is best remembered for using his influence to stop the federal government from designating Kent Island as an army base to test military ordnance. The base was then built at Aberdeen, Maryland.

This farm and the store the family owned now belong to the Heritage Society, along with the historic Stevensville post office and train station. One of the Society’s future endeavors is to build a working blacksmith shop on the Kirwin farm and open it up to the public.

anniversary of the founding of the “Isle of Kent,” a great celebration was held in 1981. Since then, an annual Kent Island Day has been celebrated in May.