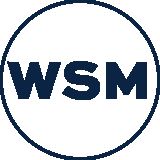 Wood Mackenzie identified produced water as one of the key bottlenecks for oil and gas production growth in 2017. The numbers tell the story: the Delaware Basin is forecast to produce 2.3 million barrels per day (bpd) of crude oil and 9.3 million bpd of water in 2021. This suggests an average basin-wide water-to-oil ratio (WOR) of 4:1.

The increased volumes of produced water created the need for an entirely new class of infrastructure focusing on water pipelines, recycling facilities and disposal solutions. Over the past five years, thousands of miles of buried pipeline have been built, which has created multiple hydrovascular third-party networks. Pipelines are one of the safest and most cost-effective methods to transport and dispose of millions of barrels of produced water each day.

With more than 50 active companies, water midstream is the predominant sector tackling produced water transportation and disposal. However, industry needs vary by region.

For example, water handling costs are high in places like the Powder River Basin and Marcellus due to transportation distance. To help keep costs in check, evaporation and surface discharge solutions have been developed.

However, these are still more expensive relative to cheaper saltwater disposal wells in areas like the Permian.

Generally, the industry remains fragmented as water midstream companies transition from small scale to large, well-capitalized companies. The largest water midstream companies are even beginning to gain traction in the public equity markets. The winners in the space will ultimately be the few that emerge with massive scale and long-term contracts with the best and largest E&Ps.

Additionally, flexibility is important as water midstream companies will need to incorporate strategies to address topics such as seismicity and ESG.

There will be a continued need for saltwater disposal, particularly in places like the Delaware Basin. Even if the industry sources 100% of its completions water requirements from recycled water, there are still millions of barrels per day that need to be disposed of. This creates future opportunities for water midstream companies and new entrants providing alternative disposal solutions, such as evaporation and surface discharge.

However, it is not all smooth sailing. There are several notable operational and regulatory headwinds that threaten the longevity of current industry practices. The most pressing issue is the rise in seismicity in the Permian Basin.

As seen in Figure 2, Permian Basin seismic events have increased by 23x since 2015. Culberson County, Texas is on pace to experience roughly 400 earthquakes in 2021 alone.

For the first time, the Texas Railroad Commission officially linked seismicity to saltwater disposal. In September, the Commission released a “Seismic Response Action” to address the recent increase in 3.5+ magnitude seismic events in the Midland Basin. There are ramifications from this that will impact completions cadence and costs.

Following the playbook used by regulators in Oklahoma, the Railroad Commission has implemented several new measures for 76 SWDs in the area to reduce disposal activity. The Commission hopes these actions will ultimately reduce the frequency and magnitude of local seismic events.

But in a scenario where regulators seek to reduce injection pressure and disposal volumes and limit new SWD permits, water handling costs would increase for producers while also creating a catalyst to implement disposal alternatives such as evaporation.

As an industry, responsible handling of produced water is the only way forward. The growth in volumes and commitment from water midstream companies to be part of the solution will create opportunities for continued learnings and efficiency gains.

However, growth and profits cannot come at the expense of public safety and geologic integrity. E&Ps depend on reliable water handling to carry out drilling and production plans. Therefore, near-term actions of the industry will be critical in determining the path forward for the sector.

Michael Steinhacker is a Vice President in the Houston office of Wood Mackenzie. Michael has led the upstream consulting practice for the Americas since 2014. He has extensive experience in deal sourcing and origination with a focus on opportunity screening, transaction advisory, and corporate strategy. His client base includes onshore and offshore upstream oil & gas companies in addition to large NOCs. Michael holds a MA in International Relations from Georgetown University, School of Foreign Service, in Washington DC and BA from University of Rochester, in New York.

Evan Tikka is a Managing Consultant in the Houston office of Wood Mackenzie. Evan focuses on energy and infrastructure, with a particularly emphasis on transaction due diligence and corporate strategy. Evan has experience in upstream, midstream, and oilfield services and is a core member of Wood Mackenzie’s Water Infrastructure and CCUS practices. Evan graduated from Trinity College with a B.A. in Public Policy & Law. 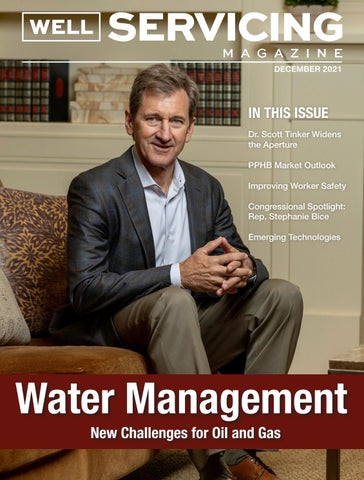