In the rainforest of Brazil, food is produced by means of agroforestry: a sustainable method that both protects biodiversity and captures CO 2 . ‘These farmers deserve support,’ says PhD student Jonas Steinfeld. With a donation from a European philanthropic foundation, he is studying what the ideal agroforestry farm looks like.

Seven years ago, as a Bachelor’s student at the University of Maastricht, Jonas Steinfeld went to the University of São Paulo in Brazil on an exchange. There the German student not only met his wife but also developed a strong interest in agroforestry and the Brazilian farmers who practise it. ‘I was moved by their way of life,’ he tells me on Zoom from his house in São Paulo, where he is now doing doctoral research for Wageningen University & Research. ‘They don’t get subsidies, many of them are illiterate and they don’t have much access to knowledge. And yet they are very productive. These farmers deserve support. That would also benefit consumers, nature and the climate. It is a win-win situation.’

In agroforestry, forestry is combined with crop or livestock farming so as to stimulate a lot of positive interactions. In the endangered Atlantic rainforest of Brazil, for example, coffee bushes grow alongside bananas and turmeric plants next to papaya trees. Steinfeld shows a few photos from his research area. One of them is of a field where neat rows of eucalyptus trees are interspersed with rows of grass, citrus trees and banana trees. Another shows a tract of almost natural-looking woodland with a lot of bananas and coffee, as well as trees for timber production. A third shows beef cattle grazing in the shade of eucalyptus trees.

Eucalyptus trees play an important role in the systematic approach to agroforestry developed by the Swiss Ernst Götsch, who has inspired a lot of Brazilian farmers. He moved to Brazil in the 1980s and starting applying his knowledge of agroforestry there. The fast-growing trees are pruned regularly and the wood is chipped and spread over the soil. The trees absorb nutrients from deeper layers of soil, thus making them available to the other plants. That is how eucalyptus and other trees increase the soil fertility. They also protect the soil against erosion and they capture carbon: examples of what are called ecosystem services.

Compared with monocultures, agroforestry also increases biodiversity. That effect has already been proven, says Steinfeld. In his PhD research, he wants to find out what an agroforestry farm ideally looks like. An important measure of its success is its complexity: the number of species of plants and trees per hectare and the number of different layers of vegetation. A system with many different species and layers demands more maintenance but also seems to produce more food, timber and ecosystem services. Steinfeld wants to know what level of complexity offers the best balance between yields and labour costs. That knowledge should help farmers to plant their farms optimally for food and timber production, the ecosystem and a decent income.

Steinfeld, Wageningen professors Rogier Schulte and Rachel Creamer, and Professor Maria Victoria Ballester of the University of São Paulo wrote a proposal for a study of 38 agroforestry farms in the Brazilian state of São Paulo. The farming systems varied from monocultures through simple forms of agroforestry – livestock and trees – to highly complex agroforestry.

A donor offered to fund this research through University Fund Wageningen. The donor is a European philanthropic foundation that wishes to remain anonymous, says Fusien Verloop, relations manager at University Fund Wageningen. ‘The foundation came knocking at our door because they wanted to support a project addressing nature conservation. Based on their interests, we came up with three suggestions, and they ended up choosing two of them. Along with the agroforestry project, called CANOPIES, the foundation is also supporting the WUR project REEFolution, which works on restoring coral reefs in Kenya.’

Steinfeld was able to collect his first soil samples before the coronavirus outbreak started. He is now working on plans for a round of measurements on the farms. The idea is to make 3D scans using laser technology known as Lidar. The scanner is placed in the field on a tripod, from which it transmits laser beams, obtaining 3D images of its surroundings. ‘With these, we can establish how complex the structure is, meaning how layered and diverse the vegetation is,’ explains Steinfeld.

After analysing the data, the PhD student wants to do more detailed research on a selection of the farms and to interview the farmers to quantify their labour input. In the last phase of his research, Steinfeld wants to use a model to calculate how much agroforestry farms in the state of São Paulo can contribute to carbon sequestration in Brazil. The project is a logical follow-up to Steinfeld’s MSc thesis, in which he studied four types of farms in the Brazilian state of Bahia. ‘I saw there how productive agroforestry systems could be, both for food production and for the supply of ecosystem services. A farmer with a complex agroforestry system made 10 per cent more profit than a pineapple farmer with a monoculture, and over 70 per cent more than a conventional livestock farmer with livestock in open fields. I thought, wow, can this be true? If so, more people should hear about it. But first it is important to collect and analyse more data.’ 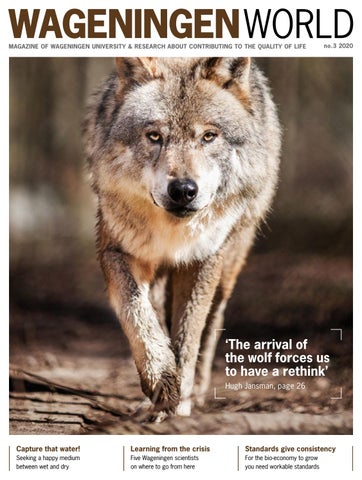