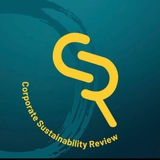 from The Corporate Sustainability Review 2021
by Virtual Business Services

from 'The Corporate Sustainability Review 2021' 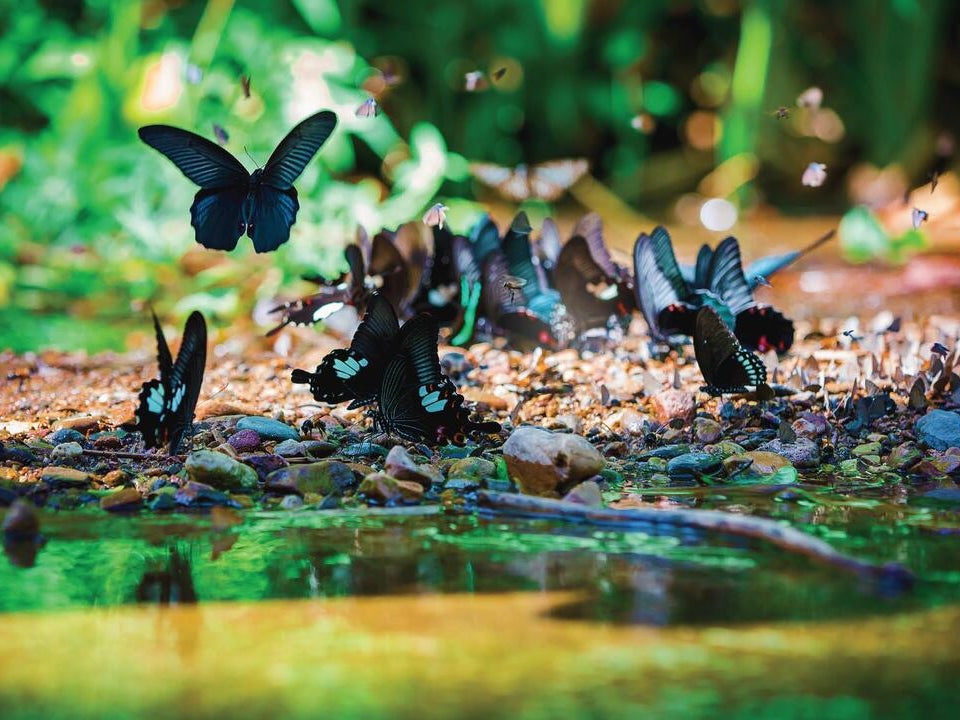 Trees are widely recognised as important carbon sinks, with an important role to play in the carbon mitigation strategies of the future. However, the climate fight is in many ways a numbers game - balancing carbon outputs and offsets to slow the net rise in greenhouse gas (GHG) levels and the pace of global warming. This means that we need accurate assessments of both our emissions and the volumes of carbon we subtract through capture and sequestration.

We know that trees store carbon, and we have good estimates of how much they sequester; but those figures can vary according to species, age, climate, soil and geography. In light of this, there is merit in conducting region-specific studies to determine how much carbon is sequestered by trees in a particular area. Since 2018, The National Gas Company of Trinidad and Tobago Limited (NGC) has been partnering with The University of the West Indies (UWI) on a pioneering carbon sequestration study with that goal in mind.

In 2005, NGC launched a reforestation exercise to replant an area of forest equivalent to the acreage cleared for construction of the Cross-Island Pipeline, Beachfield Upstream Development and Union Industrial Estate. This project was aligned to the Company’s policy of achieving ‘no net loss’ from business operations. With the guidance of the Forestry Division, the project was executed in seven (7) phases across sites in the south-west and southeast forest conservancies: Rousillac, Guapo-Parrylands, Moruga, Rio Claro and Mayaro. Over 100,000 saplings were planted, with 17 different species of fruit and tropical hardwood trees.

At the close of the seventh project phase in 2018, a team from The UWI, led by Professor John Agard, was contracted to calculate the tonnage of carbon sequestered in the aboveground biomass (trunk/shoots) of the trees planted since the start of the programme. They were also asked to estimate the volume that would be sequestered by the year 2030, and the value of that carbon at prevailing market prices.

Based on the results of that study, and recognising that it told only part of the sequestration story, NGC returned to The UWI to commission a below-ground study in 2020, looking at the root systems of the trees planted. This would be the first study of its kind ever conducted in the Caribbean. Despite having a formula for calculating below-ground biomass from existing scientific literature, the team needed to verify that the ratio held true in the domestic context. A license was obtained from the Forestry Division for a small sample of seven (7) trees to be felled to enable root excavation and weighing. This also allowed for sampling of root biomass to determine the carbon density. The felled trees were subsequently earmarked for donation to an NGC CSR partner organisation for woodworking projects. The field measurements and lab analysis confirmed the ratio documented in previous studies. Accordingly, the team was able to calculate the below-ground biomass, and thereafter revise the carbon estimates for NGC’s Reforestation Programme to include the underground stores. The cumulative results of both phases of the study are summarised in the table below.

The CO2e tons captured equates to thousands of cars’ emissions saved per annum. The US Environmental Protection Agency estimates that “a typical passenger vehicle emits about 4.6 metric tons of carbon dioxide per year. This assumes the average gasoline vehicle on the road today has a fuel economy of about 22.0 miles per gallon and drives around 11,500 miles per year. Every gallon of gasoline burned creates about 8,887 grams of CO2.” Therefore, for the period 2020-2030, NGC’s reforestation would sequester CO2e equivalent to an average of 20,559 cars per annum over the decade.

NGC’s carbon sequestration study is a groundbreaking effort by a local and state company to quantify the carbon impact of one of its interventions. When the above-ground results were first shared in 2019, they attracted attention from as far afield as Fiji. The International Development Bank and the National Aeronautics and Space Administration (NASA) even made contact with The UWI team to discuss lessons learned as they try to develop a project along similar lines to measure blue carbon (i.e., coastal mangrove sequestration) in the Caribbean. With the results now expanded to include below-ground carbon stores, this has become an even more valuable benchmark study to guide regional and international projects.

According to the World Bank, around 44% or 226,000 hectares of Trinidad and Tobago’s land space lie under forest 1 . NGC’s reforestation project sites represent just 0.1% of that area. NGC’s data cannot be extrapolated to calculate the carbon stock held in national forests because the age and species of trees affects how much carbon they sequester. However, there is no doubt that the national forest carbon stock is hundreds of times greater than that of NGC’s planted trees.

As our country works to bring emissions down by 2030 in line with Paris Agreement commitments, it should be evident that sequestration by natural forest is a major offset to consider in our carbon accounting. That said, we will need to know what the real numbers are. NGC’s study should demonstrate the value of conducting similar investigations at the broader national level, and gives a template for how it can be done. It should also provide evidence to justify investment in national reforestation programmes.

Another takeaway from this research is that younger trees sequester carbon at a faster rate. Looking at the numbers for the Rio Claro sites, planted between 2014 and 2017, versus Rousillac sites which have trees over 14 years old, we see that the younger trees are projected to store more than 70,000 times the carbon they do today by the year 2030, compared to a six-fold increase for the older trees. Since carbon is stored in biomass, trees tend to accumulate more carbon during the growing phase. This supports the widely-held belief that planting trees is a good way for our time-pressed planet to remove carbon from the atmosphere. NGC’s carbon sequestration study now forms part of an extended programme called ‘Beyond 315’, through which the Company is looking to expand its initial reforestation project. Among the objectives of this programme will be knowledge-sharing to encourage other entities to invest in tree-planting exercises on an equal or even larger scale. It will also include training and empowerment of members of the site communities to develop entrepreneurial ventures based on sustainable forest management.

NGC continues to demonstrate its deep commitment to sustainability and climate action with a variety of carbon mitigation projects. In recent months, the Company began to leverage infrared and satellite technology to track methane emissions from its infrastructure; entered into a partnership with the University of Trinidad and Tobago for the execution of a Climate Change Mitigation Project; entered the green hydrogen and solar energy space with subsidiary National Energy; launched a consumer targeted app Energy SmarTT to raise awareness around energy efficiency; and introduced drone technology and smart reporting to reduce the carbon footprint of field operations. The NGC Reforestation Programme and pioneering carbon sequestration study are part of this broad and impactful portfolio of initiatives. As NGC has shown, while it may not be cutting-edge technology, reforestation is a proven-effective carbon capture solution we can readily mobilise and scale up. The humble tree belongs on the frontline of the climate fight, and we need as many of them as we can get.

This story is from:
The Corporate Sustainability Review 2021
by Virtual Business Services