Mr. Spotify – that’s how Hannes Datta is sometimes seen because of his research into the popular music streaming service. But his research into digitization is much broader. “Education is in need of a format that is just as radically innovative as Spotify’s.”

Hannes Datta (1984) found the university where he studied, in the Bavarian city of Ingolstadt, to be boring. “Virtually all students at the business economics faculty thought they would become managers at Audi, which has its head office close by. Very one-dimensional.” Partly on the advice of his father, who had read good things about Dutch universities in the newspapers, he tried his luck on the other side of the border. In the end, he chose Maastricht. After his PhD there, he became assistant and later associate professor in Tilburg. What did he like so much? “The research climate in business economics is much better here. The Netherlands switched to English-language education, of which I am a great proponent, much faster. Partly because of this, it is easier for Dutch researchers to publish in leading journals.” Another reason he stayed is the lifestyle. “I’m not really into hierarchy, so maybe I just fit in better with Dutch society.”

At a party thrown by German friends in 2011, he had an encounter that would influence both his professional and private life. A Swedish guest was telling anyone who would listen about an app called Spotify that was slowly conquering Europe. Datta subscribed, started listening enthusiastically, and noticed that his taste in music was changing. “First, I was into alternative rock, indie, that kind of stuff. But since I moved to the Netherlands, I’ve started listening to electronic dance music, for example. I started to wonder: is it because I live in another country or is it because of Spotify? It also seemed to me an interesting research topic: what influence does a platform like this have on listening behavior? I think Spotify really did influence my personal taste in music. It introduced me to artists I didn’t know about and that I wouldn’t pay for. I wouldn’t have dared to try. But if you have access to thirty million songs for one subscription price, you’re going to play around a little.”

“I study not only how consumers make choices, but also how platforms influence these choices”

Datta’s research career began with research into music streaming platforms, but he wants to broaden his research agenda with the NWO Veni grant that he received in 2017. “I want to be more than Mr. Spotify. Digital platforms are not only found in the music industry. Thanks to successful platforms like Netflix, you no longer buy films but rent them through a subscription. The same can be done with games, books, etcetera.” With various research projects, Datta is trying to look at small aspects of the big puzzle in order to better understand digitization. “Competition is one of those aspects. If there’s only one music streaming platform left and that controls everything you listen to, it’s bad for you as a consumer and for the producer, the artist. So, I study not only how consumers make choices, but also how platforms try to influence this choice.”

At the time of the interview, however, Datta had not gotten around to that research for months. Because of the corona pandemic, education, in a form fully adapted to the circumstances, has swallowed up all its time. Datta is glad that this has accelerated the changes he already wanted to make. “I could have done all my lectures via live stream. I would have spoken for an hour and a half, twice a week, and then I would have been done. But I chose to adapt my format to the digital tools that are available and to what can be done when teaching digitally.” Datta cannot stop talking about its advantages. “You can allow students to go at their own speed. If you record things, students can pause you if they don’t under-

stand, or rewind you. Secondly, we no longer have to stick to those timetables with lectures lasting an hour and a half, because you no longer have to stick to the scheduling of a lecture hall. Sometimes I would very much like to give a two-and-a-halfhour lecture, sometimes only half an hour, but with a few more home assignments that is now possible. Thirdly, online lectures have a public chat feature. Students in this generation are very accustomed to using those chats. But in a physical lecture, some would never dare to ask questions. I have noticed that that is why there is a lot more interaction in my lectures.”

Datta sees many more advantages in digital lecturing, but his point is clear: it works great and we need to radically change our format. “It is what Spotify did to the music industry. They radically changed the format in which music is offered. That is what has made them so successful. They have used the advantages of digitization to create a better revenue model and I try to do the same with education. I think we could be much better at teaching. It would mean the university would have to invest less in educational buildings and more in licenses for digital platforms, for a fraction of the cost.”

Another of Datta’s points of contention is the reproducibility of research. “We pay a lot of attention to it, but it is still very difficult to persuade researchers to do, because it takes time. I think it helps if you can make it clear that reproducibility ultimately makes you a better and more efficient researcher. That is why I started a major initiative with the working title Tilburg Science Hub. To this end, together with other researchers, I have developed manuals and tutorials to convince colleagues of the efficiency of reproducible research.” Here too, Datta believes it is best to catch them while

Thanks to Spotify, the music industry has changed beyond recognition. Which app is going to turn education on its head? ISTOCK they’re young. “I want to teach this to students very early on. For example, I had them collect tweets during Rutte’s press conferences on the corona crisis for an assignment. They had to describe very precisely on the basis of our site: what is in that data, what were the problems, how was that data collected? We made this readme publicly available, together with the data, for everyone to use. It’s great. This can be used for other research. And they now know how to document data properly, so that other people can work with it. Isn’t that great?”

Still, sometimes companies do not like the fact that Datta is web scraping with their publicly available data. “Officially, no one really knows if it is allowed or not, it is a legal twilight zone. Some companies write in their terms of use: it is not allowed. But the data is publicly available, and I store it safely, etcetera.”

This almost went wrong once for Datta. “I was doing research with public data and every year I informed the company in question about the progress of my research, which lasted about four years. They never responded, but when I was about to publish, they tried to block it. If that had happened, it would have meant the end of my career. And there are plenty of young researchers who experience similar things. I would like my institution, Tilburg University, to provide the necessary support to get our research out of this legal twilight zone. A policy paper, possibly together with other institutions in the country, could help with this.”

In short, Datta has no lack of ambition. How does he see his future? I’ve been an associate professor for two years now and sometimes you get invitations for a full professorship. And then I think: mwah, I actually want to enjoy the stage I am in right now. I want to supervise even more PhD students; I want to set up my Tilburg Science Hub properly. After that, I will think about the next steps.” And if Spotify calls with an attractive offer? “I would like to observe a day or two a week, but mainly to do research. I am and will always be a scientist.” 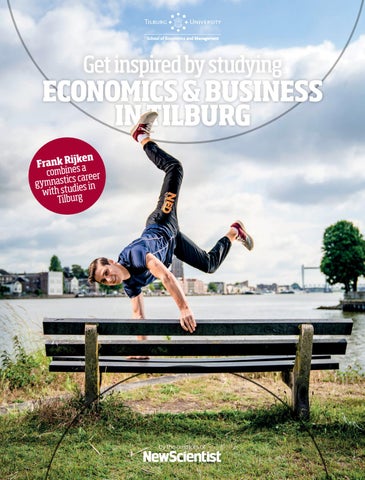