VILLANOVANS BUILT A CROSS AND PROVIDED HOPE IN HONDURAS 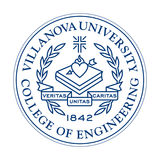 from Villanova Engineer - Fall 2019
by VillanovaEngineer

In 1990, Anthony Granese graduated from Villanova University with a degree in Civil Engineering. A few short years later, he, his wife Christine, and Fr. Dennis O’Donnell took on the ambitious personal challenge of building an orphanage in Honduras. The goal was to provide as many underserved, emotionally and physically battered and abandoned children as possible with a loving home environment; a formal education; and a trade skill such as farming, welding or carpentry. By 1997, their vision had become a reality known as Amigos de Jesús, and in 1999, Granese involved Villanova’s College of Engineering in the construction of buildings and structures to enhance and expand the organization’s resources.

Villanova students’ course of action was structured into a capstone project featuring classroom work and on-site development. That first year, during spring break, eight students and two professors traveled to Honduras to work with community volunteers in construction of the first buildings and a 25-foot cross. Today, that cross sits atop a hill near the orphanage site, visible for miles, symbolizing the motto of Amigos de Jesús—“Follow the Cross and you will find Hope.”

Jeffrey Cook ’05 CE, ’06 MSCE, manager of Villanova’s Richard K. Faris ’69 CE, ’70 MSCE Structural Engineering Teaching and Research Laboratory, took his first service trip to Honduras as a junior and was immediately hooked. “It was clear to me that it was a very special place. I traveled again as a senior and twice as a graduate student. Each time I visited and spent time with the children, I felt compelled to return.” After finishing his graduate degree, Cook decided to volunteer with ADJ. What started as a one-year stay, turned into a two-year life-changing experience that provided countless memories as well as invaluable lessons. He found daily interaction with the children helped him to better develop and understand the virtues of patience, respect and love. The staff and local community members taught him about hard work, dedication and selflessness. “Those two years were the hardest I ever worked in my life,” he says, “but it helped me to be a better person and a much better engineer.”

Today Cook serves on the ADJ board of directors with Villanova colleague David Dinehart, PhD, professor of Civil Engineering. Cook also has served as an advisor for several groups of engineering students who have worked on the structural design of past and future ADJ projects.

In the 20 years since the building of the ADJ cross, Villanova faculty and students have completed the structural analysis and construction plans for a residence center, chapel and extensive school complex on the orphanage grounds. Unfortunately, since 2012, US travel advisories have prevented student teams from traveling to Honduras, but engineering seniors continued to pursue related capstone projects remotely through 2018.

Today, Amigos de Jesús has grown from six boys in the mid-1990s to 140 boys and girls in one of the best schools in the country. The site’s 100 acres include 10-plus buildings, which house roughly half of the children who attend school there. ADJ hopes to one day expand with a technical school and high school, and Villanova hopes it will be right there beside them making that vision become a reality.

It was clear to me that it was a very special place. Each time I visited and spent time with the children, I felt compelled to return.

This story is from:
Villanova Engineer - Fall 2019
by VillanovaEngineer