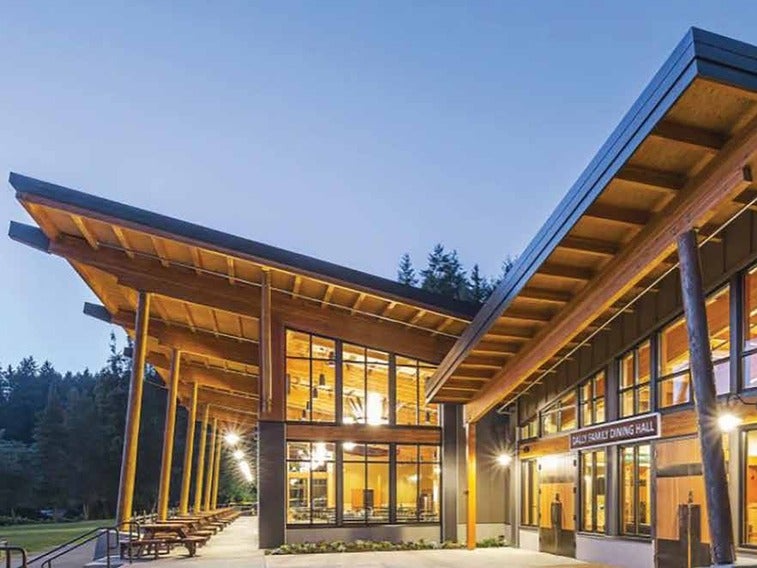 FROM CAMPING TO GLAMPING

Plans for an Arizona Trail (AZT) began in the 1980s when Flagstaff teacher Dale Shewalter scouted a route from Mexico to the Utah border. Shewalter, considered the Father of the Arizona Trail, died in 2010, but his dream endures through the Arizona Trail Association (ATA). Executive Director Matthew Nelson says, “While Dale was not the first person to have the vision of a cross-state trail, he was the one to make it happen.” Designated as a State Scenic Trail in 2006, a National Scenic Trail in 2009, and completed in 2012, Nelson contends, “While the trail is now “complete,” it has a long way to go to live up to its designation as a National Scenic Trail. Over 100 miles are still along roads where motor vehicles are allowed.” Today, a trail steward program, established in 1994, has approximately 150 stewards and seven regional stewards. Volunteers clear, repair, stabilize, restore damaged trails, improve water access for travelers, and create scenic detours around wilderness sections to accommodate mountain bikers. Since nearly 100 miles burned in five major 2020 fires, much work remains to make the trail safe, scenic, and sustainable.

The Arizona Trail is divided into 43 Passages, each 10 to 35 miles long. The ATA website (aztrail.org) provides maps, profiles, waypoints, tracks, access points, difficulty levels, and advisory updates. A historic monument located at the US/Mexico border marks the southern terminus of the trail in an area closed by border-wall construction since July 2020. Hikers should consult ATA for detours and closure updates. A red sandstone pillar, erected in 2018 by ATA members, donors, volunteers, and the Bureau of Land Management, marks the northern terminus near Utah’s Stateline Campground. Signs along the way indicate proximity to either terminus.

Mark Flint, a 16-year steward, describes the Mojave Rattlesnake as his least favorite encounter. “They are generally foultempered with an over-large definition of personal space.” Flint hopes to complete a section hiking the entirety in the next 18-24 months. He advises, “Expect it to be harder than you imagined. And also more rewarding.”

Fellow steward Sandy Fortner, who section-hiked the entire route over three years, describes the 10 miles she monitors as, “covered in snow in the winter, but will be in the 90s in the summer.” Bill Sandercock, an 8-year steward who monitors 100 trail miles, hiked and biked half of the trail in sections. He characterizes the Mogollon Rim to Kachina Peaks as being “in the middle of nowhere”. He alleges Mormon Lake “may be one of the best locations to view the stars along the AZT.”

Immense gratification comes from completing a trail traverse, section hike, or volunteer work. David Rabb, an 8-year steward covering the section, including Romero Pass to Marshall Gulch, volunteered for “my love of the trail.” He notes, “Back in the day, I was also part of a group known as “Crazies” because we worked on desert passages 12 months of the year.”

With a passion for the outdoors, Tasha Pontifex, a 10-year-plus steward who covers the Wilderness Bypass for the Catalina Mountains, confesses she became addicted to the satisfaction of seeing the results at the end of a trail workday. “Being a steward embodied my commitment to the Trail.” Fortner injects, “Not all volunteers do trail maintenance. There’s outreach and administrative stuff to do also. If trail work is your thing, take the Trail Skills Institute classes—6 modules. Or just sign up and show up for a work event! The organizers will find a task that fits you and show you what to do.” If you want a nice trail to hike, Fortner declares you need to maintain it, “It’s everyone’s job!”

Retired PE teacher and steward Bob Bevill feels, “Advocacy for our Scenic AZT is a must.” He adds, “There is a very good chance of finding something you like out of the 800’ish miles of trail.” While most work projects involve clearing or building trails, special tasks arise like sign upgrades, gate installations, spring restoration, and even a Rainwater Collector project completed in 2019 in the Tonto National Forest passage 17.

Trail Director Zach MacDonald explained the water need along the 21-mile segment in a posting on the aztrail.org website, “The Arizona Trail south of Superior [town east of Phoenix] features one of the most beautiful landscapes in Arizona, but it has proven to be dangerous for many trail users. As springs and seeps dry up or are compromised near the AZT, we are committed to improving water resources for the benefit of trail users, wildlife, and the ecosystem itself. After all, a trail without water is unsustainable.”

A 1,500-gallon tank was constructed to catch and store rainwater. The unique design has a spigot with automatic shutoff for users to fill and filter water bottles, a system to prevent algae growth, and mesh screens to keep out dirt and insects. Once full, the tank has an overflow pipe to a trough for wildlife use.

Although not in the Triple Crown of Hiking, the Arizona Trail occupies its own class connecting people to the earth, nature, and each other while providing a path forward.V