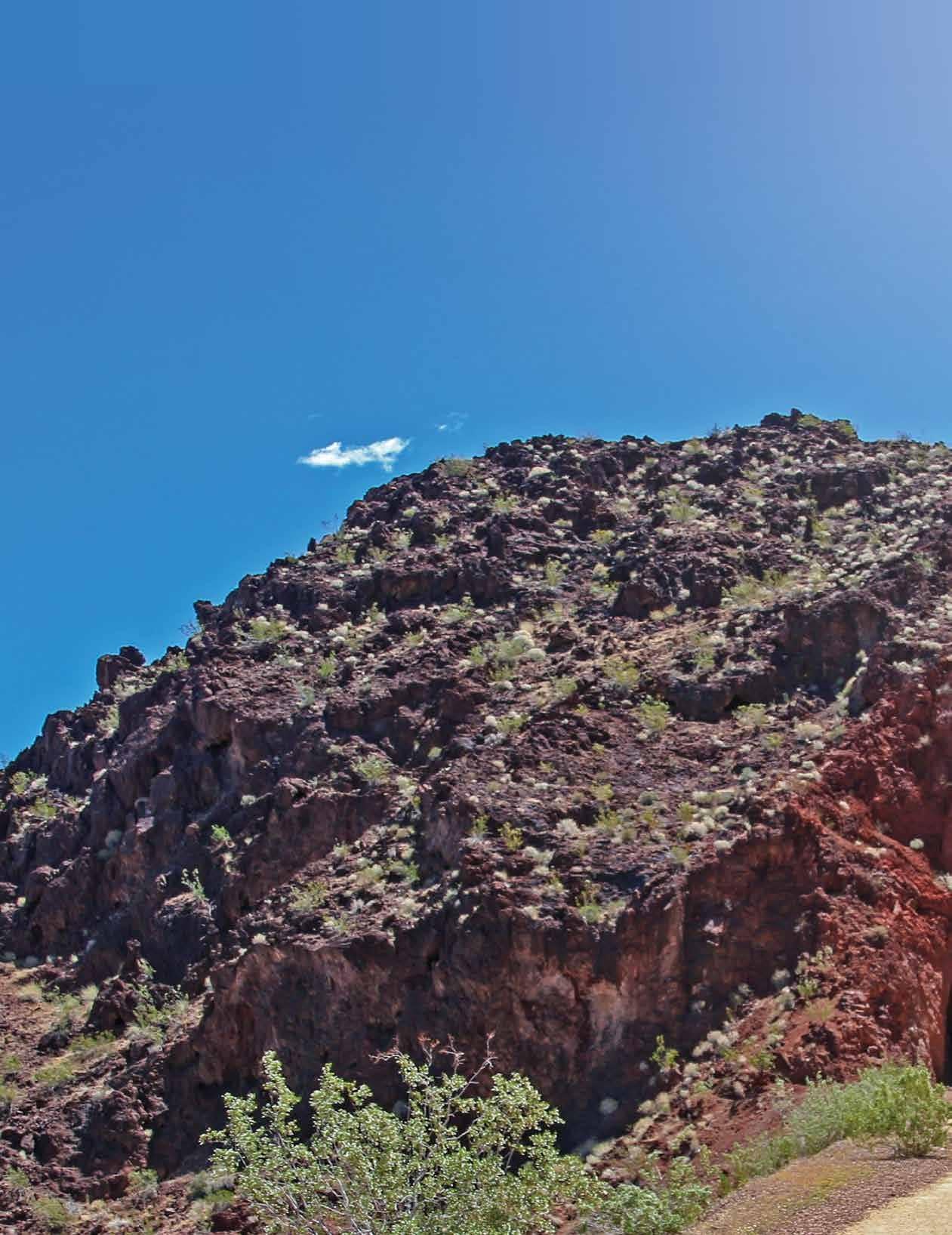 The South Kaibab Trail is the more challenging of the two maintained trails along the Grand Canyon's south rim. Shorter distance – 6.5 miles – plus a greater vertical drop – 4,820 feet – equals trouble for the neophyte hiker, or those not physically ready for such an arduous climb out of the Canyon, or dangerous descent into it.

If this were Olympic Skiing, South Kaibab Trail would be the exhilarating, all-out Downhill race, while the Bright Angel would be the Giant Slalom, weaving a serpentine pattern down the Canyon wall.

Though amenities are scarce – water and emergency phones found only at the start, finish, outhouses at Tipoff and Cedar Crest, Tipoff also has emergency phones – there are some subtle advantages to choosing the South Kaibab Trail besides breathtaking panoramas.

During the winter months, when many experienced hikers come to the Canyon to enjoy the trail's quiet solitude and avoid excruciating heat, the South Kaibab Trail remains relatively ice free due to direct sunlight exposure. There are a few short, potentially icy switchbacks on the North facing section, the first few hundred yards, but after those, clear sailing.

In February, on Bright Angel, expect solid ice until 1.5 mi. and dangerous stretches until 3 mi. The flip side is, ascending from the Canyon on South Kaibab Trail in summer with no water available, steep terrain, and no shade is dangerous to all but elite fitness level hikers. For

those attempting the ascent in summer, the National Park Service recommends four liters of water per person. If that sounds heavy, do not fret; it will get lighter quickly.

Kaibab has too many spectacular views to try and name them all. However, the first of note as one descends sets the tone for what this trail is all about.

Ooh Ah Point manages to live up to the name. The first of a mindboggling series of panoramic views will overwhelm your senses. The winds at Ooh Ah, and along the ridge trail in general, are simply hostile. Hold onto the rock if venturing out onto Ooh Ah Point for a more spectacular look.V

Always be prepared before starting any hike, visit the NPS Hiking Information Page to help get you ready for a Grand Canyon Hike. https://www.nps.gov/grca/planyourvisit/day-hiking.htm