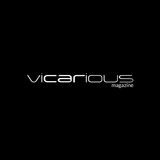 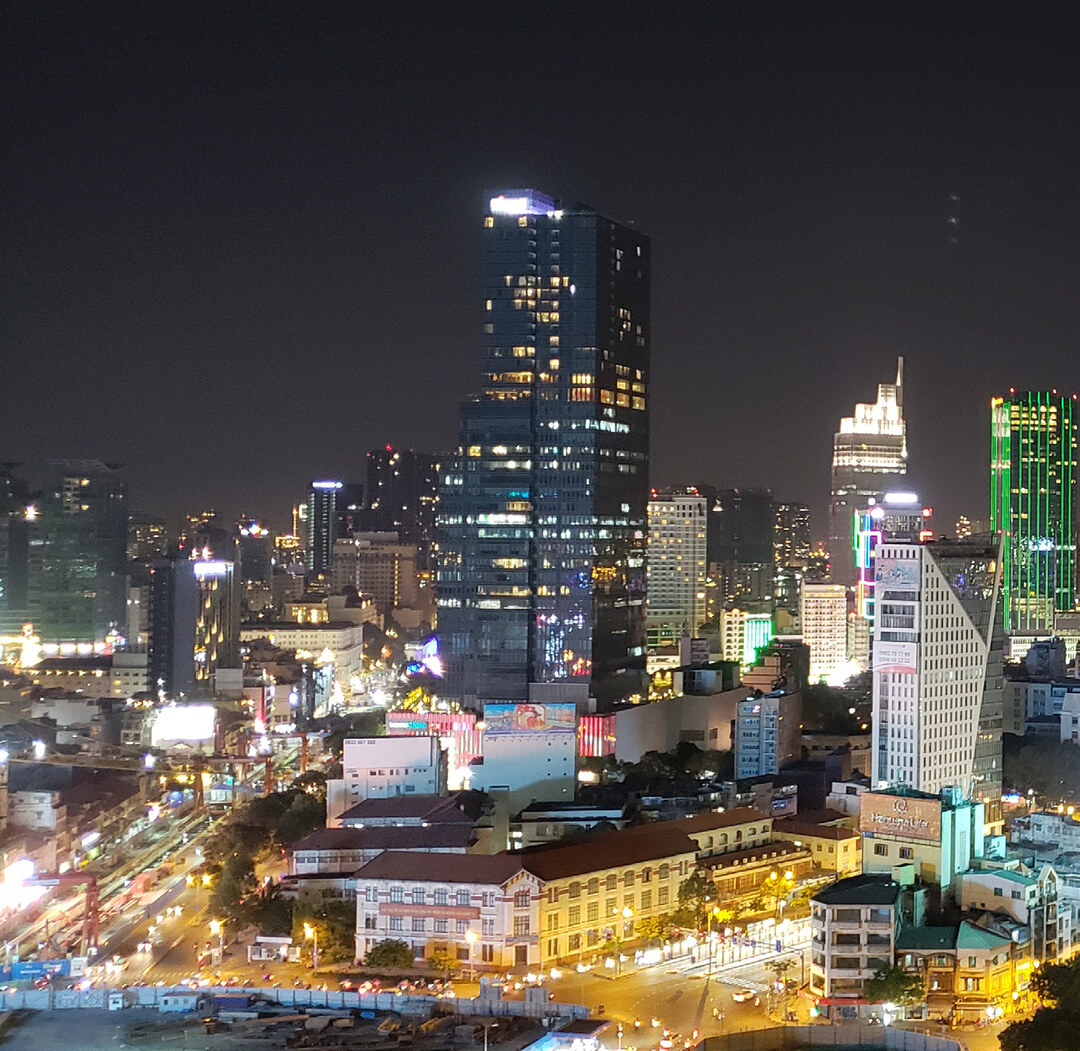 In late June, the Automotive Journalists Association of Canada (AJAC) hosted its eighth annual EcoRun, but first ever in Alberta. The event is an ‘un-race’, wherein writers from across the country take turns driving ecologically friendlier vehicles as efficiently as possible in staged legs over two days. After each leg, fuel efficiency numbers from each vehicle are fed into a complicated algorithm which somehow levels the playing field between a Chevrolet Colorado Diesel pick-up and Toyota Corolla Hybrid to determine how efficiently the driver fared. The most efficient driver after three days wins The Green Shirt.

A lifelong city dweller who wouldn’t know where to plug in a campfire, I’ve requested access to as many electric vehicles (EVs) as possible. Given their lack of exhaust and limited range, they make good solutions for urban driving.

At least that’s the popular story we tell ourselves. The truth is EVs are an absolute blast to drive and battery technology has improved so much in the past five years, as to be Prozac for range anxiety. But we’ll get back to that. First, there’s this strange backwards competition.

Tell a gaggle of automotive writers that they’re competing for a t-shirt and you’d be impressed at the depths of safetylast behaviours they’ll stoop to. Before the first leg is complete, between Edmonton and Red Deer, a straight drive of about 150km—you don’t need to make this stuff up—an especially keen competitor is pulled over by the RCMP for drafting behind a semi. I decided early that I would not do anything unsafe or even atypical of a daily commute. Sure, you could achieve fuel efficiency of 2.3 L/100km with suchand-such hybrid CUV, but you need to leave the A/C off even in 50-degree weather and consider killing the engine after cresting the top of a hill. In the name of delivering a purer story, your author would not conduct any extreme hypermiling practices.

At least that’s the popular story I tell myself. The truth is EVs are an absolute blast to drive and I have enough t-shirts. A different animal than a car, your EV doesn’t contain an internal combustion engine.

So, there’s no progression through a set gears; it’s either on or it’s off. And if you want it, there’s a trebuchet of torque in even the most anemic looking EV.

The barrels at Maker’s Mark are made out of white oak, and, as with most bourbons, are charred on the inside to caramelize the wood sugars. Once distilled, the whiskey ages in these barrels for at least three “Kentucky summers” in the hottest areas of the company’s warehouses. It’s here where the alcohol is most active, moving in and out of the wood and gaining its flavour. Tasters determine when a barrel is ready to move to cooler storage areas, where the process of transferring flavours slows down.

A tour gives you a behind-the-label look at how bourbon is made, complete with fascinating tidbits about Makers’ — such as how Margie Samuels, Bill’s wife, took an active role in designing the distillery campus; insisted on paying homage to the family’s Scottish roots by declaring it would be whisky, without an ‘e’ because that’s how it’s spelled in Scotland; and decided on the colour scheme still in use today. That scheme has black as the main colour for all buildings, to represent the deep, rich colour of the bourbon, red for shutters to represent the red wax

Every year, doesn’t it seem like the roads in our cities are getting busier? That’s because they actually are. It’s the unfortunate reality of the principle of ‘induced demand’, which essentially means if you build it, they’ll come and park there.

Moreover, those roads require maintenance, so they’re continually under heavy construction. An expectedly slippery devil like EcoRun 2019’s Jaguar I-Pace enjoys a distinct advantage over gasoline-powered brethren, the way city raccoons have become a different animal, cleverer and larger than their rural brethren.

Not that you need the sexy I-Pace. Indeed, I fully endorse the far homelier choices I drove during the two days. No one expects you to slip by so easily.

Not that EVs are perfect outside of cities. The infrastructure in Alberta is growing and improving but not without teething problems. A storm you’ll read more about below must’ve knocked out the power stations juicing my last day’s ride, the Nissan Leaf Plus SL, and the sexy I-Pace long enough to zero them. Consequently, the I-Pace’s driver and I had to cancel the leg to Longview and, instead, proceed directly with our 30% charges to the powering stations in closer Canmore.

Ever seen Canmore, Alberta? It’s a hiker’s paradise that induces Rocky Mountain High. Being stuck there for an extra hour while a Level 3 charger inflates your EV’s range is hardly penance. Moreover, on the drive there, the Leaf Plus’s sweet spot at around 100km/h maximized the efficiency of the limited range we had. (The Leaf’s instrument panel has always trained its drivers to pilot it most efficiently, ecologically gamifying the driving experience.) We could’ve proceeded all the way through to the next destination in Banff. But then we wouldn’t have enjoyed an hour in Canmore with its Thursday morning farmer’s market and legion of superb coffee shops.

The Chevrolet Bolt sounds like a ‘50s superhero and, depending on which angle you assume, looks like a BMW i3 beat up a Prius and took its jockey shorts. But, oh, is it a thrill to push and tilt. Like many EVs, it’s designed from scratch, not adapted to a hybrid format and the battery lies flat across the base of the car. Such weight so low anchors even the wildest pinball-style drivers to the tarmac. Hence the pushing, tilting and thrills.

Spoiler alert: I didn’t win the green jersey, but the ecoconscious can share stories about ‘on-demand regen’ during vegan dinner parties. Translation?

Without pedaling the brake, the driver can decelerate the Bolt with a tap on the steering wheel paddle. It converts some of the energy you’d lose, braking, into electricity, micro-recharging the battery. If you’re driving slowly enough, like most city driving, you can save more energy by simply removing your foot from the accelerator. Any EV will slow and stops lickety-split! Why brake and use the juice?

That is, if you’re driving slowly. It’s hard to want to play around with such a fun little vehicle in the hoodoo-capped, dinobone-infested badlands of Alberta.

Badlands? These scrubby desert hills look somewhere between a Road Runner cartoon backdrop and a layered tiramisu. Indeed, during our four-hour visit, the local geography was dolloped with creamy cumulus clouds. The roads here are temptation made tarmac. Twisting and disappearing around these preternatural formations, they’re a driving junkie’s fall from the wagon.

Again, I didn’t win the green jersey. In fact, the Chevrolet Bolt was the first car to arrive at the dinosaur museum on the outskirts of Drumheller.

EVs are fun, but you need to be patient. Take our final driving leg of the day. Four hours wasn’t enough time to recharge the Hyundai Kona EV at the newly installed Level 2 charging stations behind the Drumheller arena. The profound humidity and beating sun slowed the unanticipated but necessary extra 1.5 hours’ wait even further. (It’s not like we could wait inside the Kona with the A/C blasting while it was slowly charging.)

This EV’s range is an impressive 415km but it hadn’t even exceeded 130 when I was expecting to leave. The drive to our Calgary hotel was 140km. The AJAC EV expert strongly advised that I and a government department rep who was along for the ride to wait till the battery charge reached at least 200km. That would make me an hour late for a conference call with an important new client, which put me in a foul mood. We finally left when the meter showed a range of 199km.

‘Lovely’ is how to describe the rolling prairie on Alberta’s Highway 9 when the weather’s gorgeous—and to our south, on the left, the endless green fields and infinite blue sky were lovely.

Stampede fairgrounds. On our right, you could see it coming from scores of miles away. (Somehow, ‘miles’ sounds better than kilometers on the prairie.) The invading sky was the colour of the inside of an teapot; when the tempest within was nearly on top of us, at about the 70km range, we caught a lucky break: our straight western route started to zig-zag southwest.

But now we were in a race with the sky. In front and south, we were driving towards the aforementioned lovely. But sweeping our way, swallowing all in its path and threatening to cut us off any minute, was a manifestation of Stranger Things’ the upside-down.

How can we add stress to the situation? Easy! A semi containing a cargo of cattle dawdled behind a farmer driving an old tractor, slowing our progress to a third of the speed limit. My conference call was approaching two hours late. All the while, the Wizard of Oz tornado music is playing in my head.

Time for a few words about the eco-conscious driver.

Consider the Kona EV’s maximum 415 km range and our own 199 km limit this afternoon. Those numbers are a bit like those EnerGuide fuel efficiency estimates you see when car-shopping. The figures are averaged out from tests in ideal circumstances without dawdling farmers, late meetings, and approaching apocalypses. If you drive carefully without taxing the drain on energy in the vehicle, you can attain the limit, even better it. We didn’t do either.

Shall we add more stress? The heat and humidity made it necessary to expend some of the severely limited energy on air conditioning because without it, the windows

fogged up like a Turkish bathhouse in August. Moreover, neither my drive partner for the afternoon nor I had missed any meals recently. The range number was descending faster than the distance to our hotel.

But what seemed most important at the time was how the route hereon, displayed on the nav system, contained a good deal of bending. What if the farmer was driving his tractor to our hotel? Stranger Things have happened, as it were. My client would be beside herself if I called four hours late. The oncoming lane was never bare for more than 30 seconds except, it seemed, on huge extended turns where you couldn’t see what wasn’t coming.

During the next long visible straightaway, I unleashed the Kona’s trebuchet of torque, teleporting us past the semi and tractor in under 20 seconds. My drive partner groaned like Chewbacca.

Upon arriving back in our lane, the Kona wasn’t simply exceeding the speed limit, we were nearing the sound barrier. My passenger’s grey-hair count increased by 10%, synching with the sinking range, which plummeted by an impressive 30km during the single 1km we used to pass.

“Please DON’T do that again!” she didn’t need to plead. I was rightly chastised by the judgmental instrument panel. Mind, it was an exhilarating one kilometre. We arrived 40 minutes later in central Calgary with 11km still on the range dial. We even spent the last 200m with the A/C on full blast.

‘Full blast’ is a great way to describe what driving an EV is like. T-shirts be damned.

This story is from:
VICARIOUS 007 | Fall 2019
by VICARIOUS Magazine