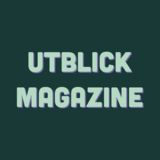 from 'The Corruption Issue - The Disease That Keeps Growing'

As the COVID-19 pandemic has triggered a state of emergency worldwide, governments have taken the chance to act upon financial incentives and expanded their control. Many states have justified the indefinite extension of executive powers by describing the pandemic through metaphors of war, demanding that measures are taken for the common good. Increasing autocratization enables crackdowns on freedoms and undermines countries’ ability to respond effectively to the crisis. The effects of human rights repression and corruption of the economy are likely to be felt for decades to come.

Inasmuch as COVID-19 is a rampant viral outbreak, governments have no choice but to adopt extraordinary measures to combat its spread and save lives. International human rights law permits imposing restrictions on civil liberties – such as the freedom of movement – in times of national emergency, which may alter democratic rights and proceedings. Leaders generally need to declare a state of emergency to obtain the authority to legally close borders, impose quarantine and track infected people, but negligent infringement on rights can affect people’s security, livelihoods, and access to health care. Therefore, it is important for governments to see to it that measures are reasonable and actively involve the participation and awareness of the people affected. However, the practices that have developed over the year suggest that this would be the exception rather than the norm. Under the guise of the public health crisis, some governments have abused the state of emergency as a cover to seize disproportionate power that have little to do with the outbreak.

Under the guise of the public health crisis, some governments have abused the state of emergency as a cover to seize disproportionate power that have little to do with the outbreak.

Many have applied a militant rhetoric and described the pandemic using metaphors of war, endorsing the notion that protection of human life should outweigh democratic principles. Under these circumstances, states have been tempted to deprioritize checks and balances on executive powers and management of corruption risks, making way for alarming regressions toward authoritarian governance and autocratization of rule. When transparency and accountability are no longer fundamental to government rule, the response to the pandemic presents opportunities for corrupt officials, brokers and vendors to use direct emergency procurements, gouge prices and pilfer available health supplies. Even worse, by using the metaphor of war to legitimize these sorts of actions, criticism of the leaders’ handling of the pandemic could easily be silenced under accusations of treason.

As COVID-19 has triggered a global response, authoritarian and illiberal practices harming democracy seem to have occurred in almost every region, taking a special toll on weak, newly formed democracies and semi-authoritarian states.

The very origin of COVID-19 can be traced back to corrupt activities; the zoonotic disease was first transferred to humans in a marketplace in Wuhan, China that had conducted illegal trade of exotic wildlife. China’s initial response, with its authoritarian information politics, was to downplay the spread and suppress the facts of a looming international crisis both before and after the death of whistleblower Dr. Li Wenliang in February. Authoritarian regimes might have an advantage in forced mobilization of the masses, but the Chinese Government proved the dreadful consequences of their suppression as the virus continued to spread to several other countries. The justification of operating under a closed autocracy to control the virus appears even weaker when compared to democracies such as South Korea and Taiwan, which managed to maintain low death and infection rates without violating fundamental democratic principles.

China also took advantage of the world’s initial state of disarray to dial up the pressure on Hong Kong. During the first months of the spread, Beijing dismantled over two decades of non-interference in Hong Kong’s affairs by undermining its autonomy and persecuting dissent against the mainland government. China sent the military to public squares occupied by pro-democracy protesters, using social distancing rules to justify criminal charges. In September, international media outlets reported heatedly when it turned out that police had tackled a 12-year-old girl to the ground near a protest when she was in fact out to buy school supplies. Two months later, all of Hong Kong’s pro-democracy lawmakers announced their resignation after Beijing forced the removal of four of their colleagues on the grounds that they were deemed a threat to national security. It is plausible that the effects of the pandemic can lead to Beijing wiping out the only democratic territory China currently has.

China also took advantage of the world’s initial state of disarray to dial up the pressure on Hong Kong.

Setbacks in Africa and the Middle East

As the virus spread, patterns of autocratization did too. In the Middle East, the pandemic allowed semi-authoritarian regimes to constrict democratic progress and strengthen centralized power. The president of Egypt, Abdel Fattah el-Sisi, prolonged the state of emergency that has been in effect since April 2017, initially implemented to combat terrorism and drug trafficking. The president approved amendments which allegedly granted him and security agencies additional powers to contain the virus, such as closing schools and universities, but also banning public and private meetings, protests and other forms of assembly. In Israel, Prime Minister Benjamin Netanyahu gave the internal security agency authorization to infringe on people’s privacy by allowing them to track citizens through secret cell phone data developed for counterterrorism. By tracking individuals’ movements, the government can dole out prison sentences to those who break isolation orders. More importantly, the prime minister managed to delay his scheduled hearing on corruption charges.

Newly founded democracies have been hit hard by the pandemic as well. As reported by the BBC, several countries in Africa have been plagued by the misuse of funds intended for COVID-19 relief. In Kenya, investigators are set to endorse the prosecution of approximately 15 top government officials and businesspeople for the corrupt handling of $7.6 million meant for medical supplies for healthcare workers and hospitals across the state. Another report into the use of South Africa’s COVID-19 relief fund has also raised suspicions of fraud and possible overpricing. The report revealed that there had been poor insight into the large sums of money spent on personal protective equipment, which were equivalent to a staggering 10% of the country’s gross domestic product or around 500 billion rand.

What might be considered an even more disturbing aspect of the pandemic is older and more stable democracies using the crisis as a justification for cultivating authoritarianism. As stated in the study ‘The COVID-19 Pandemic, Authoritarianism and Rejection of Sexual Dissenters in Poland’ by Golec de Zavala and others, Poland’s rightwing government reacted to the pandemic by turning to increasingly authoritarian rule. The increase was followed by the amplified emphasis on national cohesion and resulted in a decision to reject ideas that are non-conforming to conservative sexual norms. In the early months of the pandemic, authorities quickly tried to implement a nation-wide abortion ban outlawing almost all forms of abortions, except in cases of rape and danger to the mother’s life. Later in the year, Poland was the site of large-scale protests opposing the ban.

However, the biggest shock for Europe happened within the European Union as Hungary’s parliament permitted a state of emergency without a sunset clause, which allowed Prime Minister Viktor Orbán a carte blanche for autocratization. It meant that the Orbán-led government, for an indefinite amount of time, could suspend existing laws and implement new ones without outside scrutiny, turning Hungary into the EU’s first non-democracy. Tensions between Budapest and the European Commission in Brussels have continued into autumn as the commission’s rule of law report harshly criticized Hungary for not having a fully independent judiciary and thereby failing to comply with obligations under EU legislation.

Authoritarian behavior in the Americas

In the West, facts concerning the pandemic have been warped in a different way. On November 15 th , the United States and Brazil were the two countries with the largest confirmed number of COVID-19 deaths.

However, contrary to other regions where the pandemic has been overplayed as a means of expanding centralized power, the U.S. and Brazilian presidents Donald Trump and Jair Bolsonaro have actively downplayed the danger of COVID-19 in order to silence substantial criticism against their authority and crisis response.

In May, the Supreme Court in Brazil ordered the release of a video of a closed-door meeting in which Bolsonaro participated. The video showed the Environmental Minister making plans to use the pandemic as a smokescreen to advance the assault on Indigenous lands in the Amazon by deregulating activities like deforestation. Moreover, Bolsonaro has, on several occasions throughout the year, justified the virtual absence of the government in the handling of the health crisis by calling the virus a figment of the imagination. In November, he even commanded the nation to go about business as usual so as to not look weak. Bolsonaro’s actions are hazardous to the lives of the Brazilian people, not to mention the lives of indiginous communities in the Amazon and the longevity of the Amazon rainforest as a carbon sink combating climate change and one of the most biodiverse places in the world.

During the recent presidential election in the U.S., the Trump administration made several attempts to undermine the legitimacy of mail-in voting despite its advantages of social distancing, most notoriously by withholding financial support to the national postal service USPS. Despite Trump’s allegations of voter fraud, U.S. election officials found no evidence that the mail-in voting system was corrupt. Nevertheless, several measures were taken to control voter turnout through mail-in votes. Among other things, the Trump administration blocked several thousand mail-in ballot requests, made it impossible to implement a universal mail-in voting system in all states, and required explicit reasons, such as old age, to grant the ability to vote by mail. The obvious downside to Trump’s refusal to acknowledge the election outcome is that this contributes to the spread of disinformation and misinformation, similarly to Bolsonaro, risking the lives of the country’s citizens by claiming that the pandemic is mostly under control. Trump’s nonacceptance has also meant that the incoming administration under Joe Biden cannot access funds meant to facilitate his transition, or even take part in critical COVID-19 vaccine distribution plans.

Will it ever reverse?

The COVID-19 pandemic has put an emphasis on existing health disparities and social injustices, requiring that governments around the world play a bigger role in the economy to provide lifelines to people’s livelihoods. However, examples of national responses show that autocratization and uses of public office for private gain is more common than not, risking a deeper economic impact and loss of societal cohesion. According to the World Bank, the quest to end poverty has suffered a setback of mammoth proportions, which has resulted in what is expected to be the first rise in poverty in over 20 years, and will likely force people who once escaped extreme poverty back into it. A paper from the International Monetary Fund reaffirms these sentiments through the study of past pandemics, which suggest that the COVID-19 pandemic’s toll on the economy is likely to have long-term consequences for at least one generation. Moreover, a study from the Varieties of Democracy Institute states that a legitimate justification for autocratization and negative economic impacts from the perspective of saving lives might not exist at all. In their study, they find no relations between violations of democratic standards for emergency measures and COVID-19 death rates.

As the virus continues to claim lives, discontent is conversely likely to rise against the leaders who ignore that fact. In regards to future outcomes, one can question their legitimacy if governments raise the stakes of autocratization and repression to silence dissent. Even from the perspective of regime survival, but more importantly from a human rights perspective, it is of the utmost importance for the international community to act and reverse countries’ ongoing assault on democracy.

This story is from:
The Corruption Issue - The Disease That Keeps Growing
by Utblick Magazine