A Balancing Act: The Science of Vestibular Stimulation 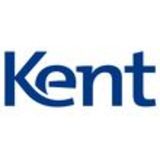 from Kent Magazine AU/WI 19/20
by University of Kent

Alessandro Volta was born in Como in northern Italy in 1745, a descendant of two noble families, the Voltas and the Inzaghis. Growing up he disliked formal education, preferring to study nature through observation, experiment and veracious reading. Volta rebelled against his family’s wishes for him to join a religious order or become a lawyer. Instead, he pursued a career in the sciences, and in 1778, he was appointed Professor of Experimental Physics at the University of Pavia.

Volta invented the ‘Voltaic Pile’ in 1799; the invention was formally announced to the Royal Society of London in 1800. This early battery was made of discs of zinc and silver, separated by paper or cloth soaked in salt water or sodium hydroxide.

As described by Fitzpatrick and Day (2004), in an experiment with his invention Volta connected electrodes from the battery to his ears… as a result, he experienced a number of sensations: an explosion in his head, the sound of boiling matter and he felt as if he was spinning.

This final sensation, spinning, likely resulted from stimulation of the ‘balance’ organs, also known as the vestibular organs. These organs help tell us which way is up, whether we are moving and if so in what direction and at what speed. In land mammals, the vestibular organs are buried deep within the skull and, perhaps to acknowledge their importance, are protected by the temporal bone which is one of the strongest in the body.

The vestibular organs do not only affect our balance. The memory problems reported by astronauts in zero-gravity are partly attributed to the vestibular organs which are chronically under-activated by the absence of gravity. Diseases of the vestibular organs also affect memory as well as sleep, decision-making, body ownership, the sense of self and mood which together can give rise to a level of neuro-disability that has been described as functionally devastating.

Many different areas of the brain involved in life-sustaining functions and higher-level behaviour receive messages from the vestibular system which give it great potential as a therapeutic pathway.

Leading a pioneering research group based in the School of Psychology at the University of Kent, Professor David Wilkinson has pioneered non-invasive methods of stimulating the dense projections of the vestibular system to unlock and harness their therapeutic potential.

The key therapeutic targets of Professor Wilkinson’s research group are currently: Stroke, including the allied disorders of hemispatial neglect (which leads sufferers to ignore one side of space) and aphasia (language impairment); Parkinson’s disease, traumatic brain injury (including minimally conscious state and vegetative state); and migraine headache. The migraine treatment has now been cleared for clinical use by the US Food and Drug Agency (FDA) while Parkinson’s is not too far behind, having recently received FDA breakthrough status.

Studies assessing the potential therapeutic benefits of vestibular stimulation in Alzheimer’s disease and ADHD have also commenced, while insomnia, depression and anxiety are in the pipeline.

This capacity to take a treatment from concept development to proof of principle to clinical trial and thereon regulatory clearance requires a multi-disciplinary team with both basic science and translational skills.

As a consequence, much of Professor Wilkinson’s time is taken up with supporting and expanding the team than delivering the stimulation himself.

His group has trialled two different methods of vestibular stimulation to treat these conditions. The first, caloric vestibular stimulation (CVS), involves gentle warming and cooling of the vestibular organs via the introduction of thermal currents to the external ear canal via a headset produced by Professor Wilkinson’s long-term commercial collaborator Scion Neurostim, LLC. The headset is suitable for self-administration at home which saves users from having to come to the university or clinic for treatment.

The second method, galvanic vestibular stimulation (GVS), involves the delivery of undetectable electrical currents (far smaller than Volta’s!) to the bony protrusions behind the ears which overlie the vestibular nerve and organs. The electrical currents are transmitted via self-adhesive, disposable carbon rubber electrodes. Professor Wilkinson has shown that currents as low as 0.3mA are sufficient to activate the underlying nerve.

Parkinson’s affects approximately 1.3% of people under 45 years, rising to over 4% in those over 85 years. Dopamine replacement therapy is currently the standard drug treatment but its effect tends to decline over time and motor complications can arise. Non-motor symptoms, including amnesia, fatigue, incontinence, sleeplessness, and dizziness are common and especially difficult to treat, often proving to be the most debilitating.

In an initial study with just a single individual who had been living with Parkinson’s for some years, Professor Wilkinson showed that two months of twice-daily stimulation (20 minutes per session) led to life-changing improvements. The individual became much more active, now able to get up easily from his chair, leave the house to go for walks and wander to the pub, and play cards again with his wife. These benefits stemmed from increased mobility, memory, sleep and reduced depression and anxiety. Amazingly, at follow-up five months later these benefits were still evident.

His research group subsequently set out to confirm these results in a prospective, doubleblind, randomised, placebo treatment-controlled study comprising 46 participants. As in the singe case-study, participants in receipt of treatment showed dramatic improvements in both their motor and non-motor symptoms, reporting compelling changes in their quality of life and functional independence. Importantly, no serious adverse events were associated with device use, and there was high participant satisfaction. Again, the impressive outcomes were still apparent weeks after the treatment.

This long-term improvement is largely unknown within the field of neurological medicine; in the case of Parkinson’s disease most of the motor symptoms return just hours after conventional drug treatment is stopped. Such impressive outcomes prompted the charity Parkinson’s UK to broadcast, “The results from this small scale study are very exciting. While more research is needed to better understand how delivering this kind of non-invasive stimulation to the nerve in the ear works, it holds a lot of promise to relieve troublesome symptoms that many with Parkinson’s experience”.

Case study – “She’s always been a fighter, all her life”

Roseanne McCabe took part in the Parkinson’s trial. She lives in Broadstairs with her husband, Pat, and their dog, Pickle.

31 years ago, Roseanne was diagnosed with Parkinson’s disease: “As the Parkinson’s progressed, I found it difficult to go to the shops or to the beach on my own.”

After hearing about the experimental study at the University of Kent, she signed up. She had received apomorphine treatment for four and a half years, followed by Deep Brain Stimulation for 15 years. Pat had seen improvements in Roseanne as a result of different treatments over the years: “Deep Brain Stimulation had helped to treat some aspects of Parkinson’s, but you never just take what’s in front of you. If an opportunity is put in front of you (like Professor Wilkinson’s experimental treatment), then you’ve just got to take it.”

Roseanne used the device twice a day, finding it straightforward to use. Pat saw new improvements in her condition after just a few weeks: “Her balance improved. She became able to get herself up from wheelchair and take herself to the bathroom. She could now walk on my arm from the car to the restaurant, rather than being in the wheelchair.” Such improvements had a real impact on her everyday well-being.

Roseanne added: “I slept well, not waking up during the night like I had been before the study – sometimes three times per night. It was good sleeping right through the night.”

“I would definitely recommend people trying the treatment if it’s available to them.”

How can you help?

To obtain clearance for clinical use, Professor Wilkinson now needs to re-confirm that the dramatic treatment outcomes seen in his local Parkinson’s studies can be reproduced in an even larger and geographically diverse sample. He also needs to understand more about how the treatment works; initial study suggests that vestibular stimulation may improve brain health in a similar manner to vigorous exercise.

To explore these questions as well as advance treatment for other troublesome conditions, we need to raise £1.6m. Professor Wilkinson believes that the best approach is to set up the World’s first Vestibular Neurostimulation Service here at the University of Kent. He states that, “It would give wider, easier public access to our experimental therapies and also provide a means of educating and training the next generation of scientists and doctors in this groundbreaking approach to treating neuro-disability.”

We need to raise £165,000 to set up the stimulation service; for this we need your support. To donate to this potentially life-changing research, please see the leaflet posted with the magazine, or visit giving.kent.ac.uk/discovery to donate online. A donation would, among other costs, help pay for the stimulation devices and would enable him to appoint a Research Nurse to run the service.

By establishing the Vestibular Neurostimulation Service, we can take the next step towards obtaining clinical approval for the treatment, while offering a potentially life-changing therapy for patients and their families. Our priorities are Parkinson’s disease, traumatic brain injury, and stroke, with research on other diseases and conditions to follow.

If you would like to find out more about this research and the latest priority areas he is focusing on, visit: giving.kent.ac.uk/discovery/neurostimulation or email us on giving@kent.ac.uk if you would like to discuss how you can support the research.

This story is from:
Kent Magazine AU/WI 19/20
by University of Kent