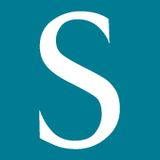 by University of Southampton

From optical sensors to cold atom systems, quantum physicist Dr Alex Jantzen has steered his academic research towards a pioneering spinout that is on the brink of revolutionising our future.

Alex and the small team at Aquark Technologies are onto something impressive. They are developing a miniaturised cold atom system – no bigger than a matchbox – vastly reducing the size of a core component of quantum technology.

It is Alex and Aquark co-founder Dr Andrei Draomir’s vision for the systems to be in everyday devices everywhere.

Alex explained: “Our long-term goal is to mass fabricate cold atom traps. One day, these quantum sensors will be in devices everywhere, and we want devices to be ‘Aquark Augmented’.”

The systems could be used for detecting gravity, monitoring carbon storage, looking for underground resources, and operating timing clocks and GPS systems.

Practical use could be in timing financial transactions, timings for transport systems, telecommunications, oil and gas, and semiconductors. The possibilities are endless.

An assessment by London Economics in 2017 estimated the economic impact to the UK of a five-day disruption to GPS to be £5.2 billion, as it would disrupt ports, emergency services, supermarkets, construction, the financial sector, and the military, amongst many other day-to-day services.

Alex said: “Our mobile phones and navigation systems all rely on GPS. Through Aquark, we are enabling a more resilient infrastructure. The technology can be used in so many different ways and absolutely all of us will benefit from what it’s able to do.”

Alex joined the University of Southampton – from Denmark, via Norwich – in 2011, when he embarked on his Master’s in Physics. He chose Southampton for both its strong reputation for physics and its geographical proximity to the coast, which, coming from near Copenhagen, is close to his heart.

His Master’s research focused on making a prototype terahertz detector. “Terahertz is the awkward region where things like radio waves and Wi-Fi stop, but just before light that we can see,” he explained. “It’s really hard to make and to detect, but it’s very interesting because a lot of biological interactions happen in that region – our bodies emit terahertz radiation. In the airport, when you stand in a body scanning machine, it sees through your clothes, but does not see through your body – that’s terahertz – the in-between.”

“Like the chips in your phone, I was trying to make similar sized chips but using light rather than electronics,” he said. “Based on how the light moves across the chip, it will tell you about the environment, such as how much pressure is inside. I was looking to use them inside fuel tanks so you can see how much fuel is in the wing of an aircraft.”

It was during his PhD that Alex and Andrei’s paths first crossed. They were both investigating processing thick silicon – Andrei for integrated atomic chips and Alex in order to keep a chip stable in a harsh environment.

It was also during his PhD, in 2016, that Alex was named one of the Zepler Institute’s Future Photonics Leaders. He won the Professor Sir David Payne Scholar Award for best performing first year PhD student.

“I spent most of my time making the initial core of the fibre – working on the processes, defining them and writing the instructions,” he explained. “We had the challenge of how to make it work reliably – how do we keep delivering the same quality again and again? That became the new challenge, and that’s where things transition from being more academic to more industrial.”

That early spinout experience was invaluable when Alex left Lumenisity in 2021 to launch Aquark Technologies with Andrei. The company was officially launched – aptly on the International Day of Light – on 16 May 2021.

They have set up their business premises at the Abbey Park Industrial Estate in Romsey, Hampshire, and have employed two additional members of the Aquark team – physicists Dr Jonathan Woods and Dr Chester Camm.

Now the focus for Aquark is to reduce the size, lower the weight, and cut the cost of the cold atom system. “Some of that will come through scientific advancement, but a lot will come from making something that’s scalable,” said Alex. “Right now, we’re building some key demonstrators to show the technology.

“As an academic, you want to think through everything and ensure it’s right, but from the business side of things you have to go with your gut and make faster decisions and take risks – that is a tricky balance.”

On top of developing Aquark’s pioneering technology, the focus is also on day-to-day business priorities such as managing the office and lab space, sourcing equipment, achieving patent approvals, and winning funding and investment.

Coinciding with Aquark’s first anniversary, Alex was appointed an ambassador for global optics and photonics society Optica (formerly the known as OSA). Alex is only the third Southampton alumnus to be chosen as an ambassador, and the only ambassador from the UK this year. 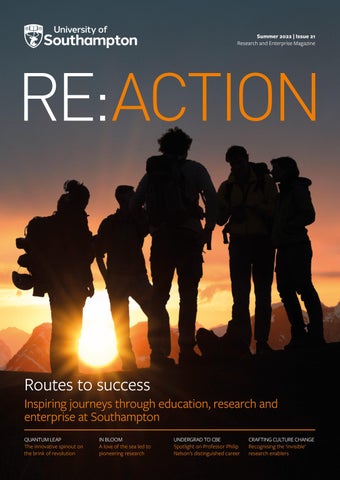 by University of Southampton