THE LINK BETWEEN GUT BACTERIA AND OBESITY 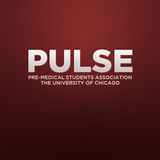 In the United States, where calories are readily available, the evolutionary mechanisms intended to avoid starvation have somewhat backfired. With the expansion of fast food options and sedentary lifestyles, there have been a higher instances of obesity-related health problems like heart attacks and diabetes across the country 1 . Interestingly, obesity is one of the only diseases in which the microbiome of the gut is directly associated with the pathology 3 . Inside our large intestines sit trillions of bacteria including E. coli and E. faecium that serve important symbiotic roles in our biological systems. Our gut bacteria don’t just sit in our intestines and break down molecules like fiber. They also cause cravings and influence how fat is stored and broken down. Over the past decade, many scientists have been working hard to discover how exactly our microbiomes influence our diets and susceptibility to weight gain.

One key role our gut microbiome plays in our digestive system is processing dietary polysaccharides, commonly known as starch. In one study conducted by Dr. Fredrik Bäckhed, Swedish expert in microbiology and mouse physiology, investigated gut microbiota influence on fat deposition and storage 4 . The experiment consisted of two distinct mice colonies, the first of which was kept in a sterile, bacteria-free environment for eight weeks, while the second colony was fed the same diet in a non-sterile environment. After eight weeks, the mice belonging to the non-sterile environment with normal microbiome growth experienced a 42% increase in body fat, and their fat pads were 47% larger than the sterile mice. When the sterile mice were given microbes from the other group of mice, they had a 57% increase in body fat. This increase was seen even when the mice were given less food. Therefore, the study concluded that the presence of a gut microbiome was directly related to fat storage in mice, leading scientists to believe that bacteria are needed for proper fat storage even in humans 4 . Although the microbiome plays a major role in weight gain and weight loss, there are also genetic markers attributed to obesity. In an experiment by Ussar et al., mice that were either obesity prone or obesity-resistant were studied for possible connections between microbiome and metabolism. When the researchers fed their mice with high-fiber diet, they showed weight gain, insulin resistance, and hyperglycemia. Even mice that were genetically resistant to obesity developed some of these symptoms 5 . When looking at the gut microbiota of the experimental mice, Ussar et al. found correlations between prevalence of certain bacteria species and weight gain. For example, mice with more M. schaedleri were on average leaner, and mice with more A. muciniphila experienced metabolic benefits including weight loss, reduced inflammation, and higher glucose tolerance. While obesity-resistant mice were healthier even with obesity-prone microbiomes, their genetics didn’t protect them from the medical and microbial side effects of an unhealthy diet. Dr. Ussar’s study concluded that while genetic factors can counteract an obesity-prone microbiome to an extent, having the wrong type of

gut bacteria can still contribute to an onset of obesity and a host of other health issues 5 . The bacteria in the human gut can be sorted into two categories— Vacteriodetes and Fermicutes. In Ley et al., the proportion of Bacteriodes to Fermicutes was lower in obese subjects than in lean subjects. The researchers also found that by taking microorganisms from one mouse and placing them in the gut of another, they could cause the second mouse to gain body fat without altering its diet at all 3 . This was a groundbreaking discovery as it provided solid evidence for the idea that proportional abnormalities in the gut microbiome were not only linked to obesity but could be altered to treat the disease.

After that discovery, Dr. Ley began an experiment with 12 obese human subjects. Half of the subjects were assigned a low-carb diet, and the other half were assigned to a low-fat diet. Before the experiment began, the obese subjects had more Firmicutes and fewer Bacteriodetes than the control group. After a few weeks, the amount of Firmicutes began to decrease and the amount of Bacteriodetes began to increase with both diets. There was no change in the diversity of the subject’s microbiomes, but the proportions of these bacteria types changed significantly. The loss of body weight seemed to affect the bacterial proportions while the type of diet did not 3 . Despite Ley’s low sample size of twelve, the results he saw were astounding, and further confirmed that changing the gut microbiome could be an effective treatment for obesity.

Although obesity is most commonly caused by an unhealthy diet, the role microbiota play in this disease is glaring. There have been many clinical trials recently that involve giving probiotics to both animal and human subjects with the hope that they will aid weight loss. These studies have been effective in improving gut integrity and shifting microbial populations in animals, but in humans the results have been inconsistent 6 . Studies involving human subjects are much more complex, because their behavior can’t be controlled in a lab environment, and a change in diet can be difficult. Nevertheless, the results seen in these studies are quite promising. As scientists continue to discover more about microbes, we can hope to gain more insight into how obesity can be treated with a safe and efficient method.

This story is from:
UChicago PULSE Issue 6.2: Winter 2020
by PULSE Magazine