Climate Change Research in Our Own Backyard 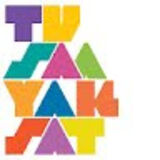 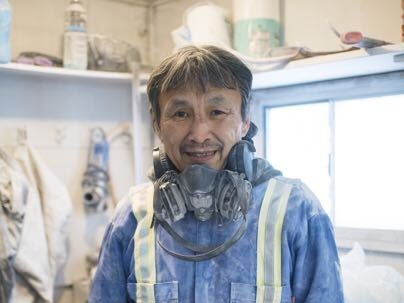 Edwin Amos is noticing some big changes on the land.

“The amount of snow we have this year is kind of crazy. We should have way more snow than what we have now. For ice depth too, we don’t have much ice this year.”

What Edwin sees on the land is backed up by scientific data. Although all participating countries agreed at the 2015 Paris Climate Conference to limit global warming to less than 2 degrees Celsius, the Arctic is warming much faster than that– and the Inuvialuit Settlement Region has already warmed 2.3 degrees. There is an urgent need to understand the impacts this has had, and will continue to have, on the environment, including snow cover and melt, permafrost and water levels of lakes, creeks and rivers. These changes have the ability to impact Northern development, including the Inuvik-Tuktoyaktuk Highway as stream flow increases, permafrost melts and lakes drain. The Arctic is warming rapidly, and will continue to warm in the coming decades, centuries and millennia even if greenhouse gas emissions decline.

Over the past 50 years, the Aurora Research Institute in Inuvik has been at the forefront of countless projects that aim to expand knowledge and data related to climate change. Last year, 200 research groups and over 1,000 scientists from around the world carried out their research in the Western Arctic through ARI. The Inuvialuit Settlement Region acts as an important test site for investigations into the continuous permafrost zone of the Canadian Arctic, and this data has far-reaching impacts.

Edwin, a technician at ARI, has come a long way. Before entering the Environment and Natural Resources Technology Program at Aurora College in Inuvik, he worked odd jobs in construction and on oil rigs. “Working three months on, six months off, it was hard,” he says.

Now, with a diploma in hand, Edwin provides support to staff at ARI and travels on the land collecting data and assisting researchers. Since he started working there last June, he has helped on countless climate change related projects, from wind energy feasibility studies to monitoring data related to permafrost, cosmic radiation and air quality.

Our research builds on over 20 years of research at the Trail Valley Creek Research Station, located 45 km north of Inuvik, and Havikpak Creek, near the Inuvik airport. These sites have the longest continuous water records in the Canadian Arctic, which provides researchers a detailed overview of past changes in snow and water levels. Last year we measured snowfall and how it was distributed. We also measured snowmelt, soil moisture, evaporation, stream flow, water levels and the depth of thaw of the upper levels of soil. These observations will allow us to understand changes to the environment and develop better predictive tools for the future.

The air temperature at Trail Valley Creek has increased dramatically since 1958. Average temperatures have increased by 2.3 degrees, dramatically more than the global average of less than 1 degree. Even more startling, the number of days with temperatures below -40 degrees have decreased substantially, and the days above 20 degrees increased substantially. In addition, both rainfall and snowfall have been decreasing over time. These changes greatly impact permafrost, vegetation and water levels.

With a dramatically warming and drying climate, there are many changes to the environment, including shallower snow cover, a shorter snow cover period, increased shrub cover across the tundra, deeper thawing of the soil and increased evaporation.

Our project involves extensive fieldwork at the Trail Valley Creek Research Station. We have been measuring vegetation and soil characteristics, fluxes of carbon dioxide and methane between the land and the atmosphere, and between freshwaters and the atmosphere, and stream flow transfers of dissolved and particulate carbon at Siksik Creek. We have also measured thaw depth and temperature variations in different parts of the landscape and vegetation.

We have growing evidence that the most productive plant communities - dwarf birch and alder tall shrubs - are associated with the rapid exchange and release of carbon in soil. The result suggests that continued ‘shrubification’ in the Arctic may not result in the region storing more carbon, and in fact, the reverse may be true. Although methane is readily produced in waterlogged soils, little is emitted during the thaw period, which is likely the result of a microbial filter comprised of specialist bacteria closer to the soil surface which use methane as a carbon source..

The amount of carbon stored in permafrost is massive, estimated at 1.68 trillion tonnes, and much of this is in the rapidly warming Arctic. Following thaw, soil microorganisms can convert this carbon into greenhouse gasses, which in turn speeds up global warming. Our results indicate that we cannot rely on the landscape to be a carbon sink in the future. We need to understand both the land-atmosphere and the land-freshwater exchanges of carbon, and their fate down-stream, in order to predict how global changes will influence how these systems function in the future.

Responses of shrubs to climate warming at high latitudes

In 2015 we focused on figuring out how patches of green alder differ from the open tundra, in order to better understand what conditions these plants grow in and how they might impact their environment. To do this we measured soil conditions and the vegetation communities both in the shrub patches and open tundra. These plots will allow us to monitor changes in tundra vegetation in the future.

Early results show that the seasonal thaw is deeper on the open tundra than in green alder patches, possibly due to shading by shrubs or because the soil in shrub patches is drier than on the open tundra. Within the shrub patches there is a greater build-up of dead mosses and fallen leaves, which may insulate and cool the soils. We are also seeing differences in the size and amount of plants that grow in shrub patches and on the tundra. Shrubs near draining channels tend to have more nitrogen in their leaves, an important plant nutrient, and are less in need of water.

Over the past two decades, it has become clear that shrubs growing on the Arctic tundra are getting larger and more abundant. It is important to understand how fast shrubs will expand on the landscape for a variety of reasons. For example, increased shrub cover appears to be changing the abundance of low-lying plants on the tundra. Reindeer lichen cover is decreasing, which makes it harder for caribou to find good forage in the winter. If this shrubification continues as predicted, these conditions will become much more common, with broad-scale influence on wildlife habitat and population numbers, plant biodiversity and local water movements. Shrub expansion may also cause the Arctic to warm faster, amplifying the already existing problem resulting from climate change.

In addition to the research projects highlighted in this article, there were three other projects active at the Trail Valley Creek Research Station last year. Assistant Professor Oliver Sonnentag and his team from the University of Montreal looked at the influence of changing active-layer thickness on permafrost soil trace gas exchanges and carbon balance. Professor Bernhard Höfle, Doctor Inga Beck Heidelberg University and Professor Julia Boike of the Alfred-Wegener Institute in Germany conducted fieldwork towards the development of a satellite method to detect sinking in permafrost regions. In addition, Professor Aaron Berg and his team from the University of Guelph conducted a study of the Cosmic-ray Soil Moisture Observing System (COSMOS) in emerging on-site technology to estimate active layer soil moisture.
This story is from:
Tusaayaksat Magazine – Spring 2016
by Tusaayaksat Magazine