from Toy World Magazine May 2021
by TOYWORLD MAGAZINE 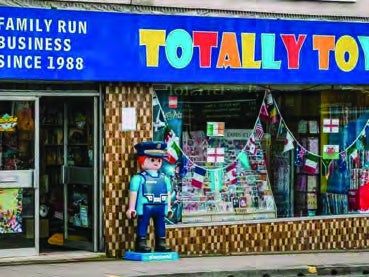 Melissa looks at the latest data for the UK toy market, with a closer look at the contribution of licensed toys to overall sales.

A year-ago, we were in the middle of the first national lockdown in the UK and the global toy market was worrying about what the future held. Twelve months later, we know that spending on toys increased, at least in the UK, even if there were fewer pocket money and impulse items sold. As the nation started to come out of the third national lock down in twelve months in March, we reached the anniversary of the value sales uplift we saw during the first lockdown. In March 2020, the UK toy market grew +12% vs. 2019 so it wouldn’t have been entirely unexpected to see that growth stall, especially with children returning to schools. Surprisingly, however, March 2021 saw the growth continue, although it did slow, with value sales up +3% vs. 2020 and volume up +3%. Overall, there were nine Supercatgeories out of eleven that were in growth or flat for the month, with only Games & Puzzles and Arts & Crafts seeing some value decline after their stellar performance in 2020. Despite this decline, both categories’ sales remain well above their 2019 performance.

Outdoor and Sports Toys was the largest supercategory for the month, accounting for 17% of all sales, with volume sales increasing +24% vs. 20. This was heavily driven by Bubble Toys and Water/Sand toys, as the weather started to improve. Overall, Building Sets remains the fastest growing supercategory, while Plush was the second fastest growing with Squishmallow, Ty and Rainbocorns properties all helping to drive the growth.

Building Sets growth in March was heavily driven by licences, which now account for 56% of all Building Sets sales. Building Sets in turn accounts for a third of all licensed toys and is only behind Action Figures in terms of licence strength within a supercategory. Within Building Sets, Star Wars remains the number one licence, but the fastest growing licence in the first quarter of 2021 is Harry Potter, up +70%. Harry Potter is also the number one licence across total toys, with Games & Puzzles also contributing to growth. While Minecraft has seen a resurgence driven by Lego Building Sets, there has also been growth for the licence from Mattel’s Action Figures and Panini’s Stickers, leading to sales of over £3m so far this year.

Nearly three quarters of all Action Figures sales are for licensed product; this is the category most reliant on licenses, although licensed action figures are down -1% YTD. Fortnite is the number one licence so far this year, but Batman is the fastest growing YTD, up +75% vs. last year. Batman isn’t the only growing licence in Action Figures: there has also been strong double-digit growth from Jurassic Park, Spider-Man, Pokémon and Roblox, showing that the category isn’t just about the latest cinema releases.

Looking at the pre-school area, characters remain key. Peppa Pig is up +11%, while Paw Patrol has grown +16%. Both Bing and Hey Duggee also had a strong start to the year, with Bing up +59% and Hey Duggee more than doubling sales from 2020, with Plush being a key category for both licences. Plush is the second fastest growing category for licences, up +38% this year, with CoComelon Musical Bedtime JJ 10” the number one licensed plush item sold this year. CoComelon is actually the number one new licence across total toys, as it continues to perform well since its launch at the end of 2020, not only in Plush but also in Toddler Figures, where it has three of the top five best-selling lines this year.

Licensed Toys has grown across the total toy market up +15% for March, growing four times faster than total toys and up +16% YTD March 21 vs. 20. With licensed toys growing for the second year in a row, even without traditional cinema releases, 2021 looks like it could be an outstanding year for licensed toys with Video Games, TV, YouTube and Movie licences all growing. At the time of writing, we’re waiting for the sales for the first week of non-essential stores reopening in the UK to see what that brings to the toy market. Based on spirit of optimism that we’ve seen from consumers and retailers since the stores reopened on 12th April, there is hope that the rest of the year for total toys can continue to build on the strong performance we’ve seen in the last year.

Climbing 93 places this month is Asmodee’s Pokémon Kanto Power Tin Display 101 8 Mini Tin Display, with a value of over £335k just for March 21 alone. With only 20% distribution, this item has sold over 39k units and increased its value velocity by +60%. Overall, Strategic Trading Card Games had a great month, growing by +83% YOY and selling just under £4m, but this is due to the increase in the average price rather than units sold. In fact, for the month of March, STCG units are down by -9% YOY but have become more expensive, with the average price now at £9.92.

Standard Building Sets continues to be the fastest growing subclass across total toys with Star Wars driving growth, up +58% as well as Lego Technic, Lego Harry Potter and Lego Super Mario all adding over £2m each so far this year. Playground Equipment is the second fastest growing category this year, driven by Trampoline growth +51% YTD as well as Play Houses and Sand and Water Boxes.

Fashion Dolls continues its strong growth from 2020 into Q1 2021 with Barbie up +70%, L.O.L Surprise up +26% and Rainbow High adding sales to the category. Fashion Accessories has also grown this year, with Barbie nearly doubling sales in the category, driven by the 3-in-1 Dreamcamper and growth from both the Dreamplane and Dreamhouse this year.

Non-Strategic Trading Cards & Collectible Stickers has had a strong start to year, driven by football licences, with over £1m sold on the Premier League Football 2021 Sticker Single Pack despite an average price of just 70p. With UEFA Euro 2020/21 championship stickers celebrating the upcoming tournament and England, Scotland and Wales all competing, this category could see growth for Q2 as well.

This story is from:
Toy World Magazine May 2021
by TOYWORLD MAGAZINE