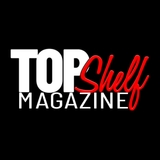 House of Mystery Radio Show began in 2013 as a once-aweek radio show from producer and author Alan R. Warren on KKNW 1150 A.M. in Seattle/Tacoma. Over the next five years, it would grow to be on several independent radio stations in many major markets, such as KFNX 1000 A.M. Phoenix, KYAH 540 A.M. Salt Lake City, and more. In 2017, NBC radio 106.5 F.M. KCAA in Los Angeles, 102.5 F.M. San Bernadino, and 1050 A.M. Palm Springs added the show to its prime time evening market, running it Mondays to Fridays at 9 P.M. There, it has grown from a 1.1 market share to a 3.3 market share (396,000 listeners per week, 79,200 per episode) and is the Number 3-rated talk show in the Los Angeles Metro area. The show's podcast version is now found on most major podcast platforms and has had 2.7 million downloads in 2022 so far.

Warren envisioned a show for creative people such as writers, documentary filmmakers, actors, singers, and more, where we can have honest, open, and real conversations about our craft and exchange ideas freely in a fun atmosphere. "I know that discussing art and writing can sound boring if it goes on too long, so I want to have a few laughs during the program. Whether it's finding out about the guest's strangest date to the weirdest place they like to write, we will do it! I want the listeners to hear things they will not hear elsewhere!"

"I find myself searching social media on the lookout for new writers without agents or big publishers behind them who are promoting their work that I think looks great to get them on the show! Don't panic if you get a friend request from me because I'm probably thinking of asking you to be on the show!"

Another unique aspect of the House of Mystery Radio Show is that Warren has found all of his cohosts and contributors through social media.

"There are a lot of talented people out there writing, doing podcasts, and radio, so finding qualified hosts isn't too hard. They don't have to be 'The Best' or 'The

Most popular,' but I want something more from the hosts. I want them to actually care about what they do, including the guests, other hosts, and people in general.

Quite often, I meet or interview a person, and I like their way on air, plus they are good at writing in their genre.

It's important that they are just good people."

Warren is on the spectrum and has always felt communicating with others and being in public to be a challenge as long as he can remember.

"Being able to co-host "House of Mystery" has been a highlight of my career. I really see it as a chance to just hang out with Al and the guests. And I've also gotten a chance to help interview cool people like Dean Koontz, Josh Malerman, and Shawn A. Cosby. But the main benefit is Al's sense of humor. He's one FUNNY goddamn maniac! I'm looking for a way to keep him in a cage in my living room so he can entertain me and my family, but I'm concerned about breaking the law..."

"This is another crucial aspect in my choosing cohosts. We all have weaknesses and challenges to face in our lives and job, and I know what mine is, and I know what I need to help me get through it and do a good radio show, and they help me. The hosts not only become friends, but they also become family, and I'll do anything I can to help them succeed in what they want to accomplish."

David North-Martino is the author of Wolves of Vengeance and the forthcoming Year of the Demon. His short fiction has appeared in numerous fiction venues, including The Horror Zine's Book of Werewolf Stories (HellBound Books), Epitaphs: The Journal of the New England Horror Writers (Shroud Publishing), and Daughters of Icarus: New Feminist Science Fiction and Fantasy (Pink Narcissus Press). A graduate of the University of Massachusetts, he holds a BLA in English and psychology. When he's not writing, David enjoys studying and teaching martial arts. He lives with his very supportive wife in a small town in Massachusetts.

What do you like about co-hosting The House of Mystery Radio Show on NBC?

“I enjoy working with our talented team of hosts, co-hosts, and contributors and learning from our fascinating guests.”

Eric Shapiro is a writer and filmmaker. Winner of a 2020 California Journalism Award, Shapiro is also the author of seven critically acclaimed fiction books, among them the novella It's Only Temporary (2005), which appeared on Nightmare Magazine's list of the Top 100 Horror Books, and numerous short stories published in anthologies alongside work by Ray Bradbury, Stephen King, Chuck Palahniuk, and many others. As of 2020, he's co-hosted the show House of Mystery on NBC News Radio. John Copenhaver - Copenhaver's historical crime novel, Dodging and Burning (Pegasus) won the 2019 Macavity Award for Best First Mystery Novel, and his second novel, The Savage Kind, won the 2021 Lambda Literary Award for Best LGBTQ Mystery.

"I love that Al is open to interviewing writers at different places in their careers. The conversation with a debut author versus an established author, or a mid-list author versus a best-selling author, is very different, which makes co-hosting unpredictable. I get to peek in at the lives of other writers and see the variety and nuance of their career paths. It's been instructive and inspirational."

His work at the CIA garnered three Exceptional Performance Awards. In the private sector, as leader of Corporate Intelligence at Motorola, Joe received the Meritorious Award recognizing a single individual who has made significant contributions to the intelligence profession.

He began as a guest host on The House of Mystery Radio Show on NBC in 2022. He specializes in action, thriller, and spy authors, although he has guest-hosted authors in other genres.

"I appreciate Al asking me to join the show. He is a fantastic mentor and insightful host. For me, it is a great learning experience and networking opportunity.

As a writer myself, I ask questions seeking to discover new insight—questions I think the listeners have as well. I find I take lots of notes during each show."

Michael Butterfield is a writer and a recognized expert on the unsolved "Zodiac" murders in Northern California. He has served as a media source and consultant for news articles, television documentaries, the History channel series The Hunt for the Zodiac Killer, and director David Fincher's major motion picture, Zodiac. The House of Mystery Radio show has been on the air for ten years, broadcasting in over a dozen cities in the U.S. It started as a way to interview guests knowledgeable in many of the world’s mysteries involving crime, science, religion, history, paranormal, conspiracies, etc. Voices of True Crime series is a curated collection of interviews from the show. Each volume focuses on an actual criminal case, or several, providing the background and reproducing the main points discussed in the interviews. This series is an excellent reference for researchers and a good overview for those unfamiliar with the case.

The House of Mystery Interview Series is a series of books that contain transcriptions of the very best interviews we’ve had on several topics. So far, seven books have been published covering the Jack the Ripper case, the JFK assassination, the Zodiac Killer, mysterious celebrity deaths, conspiracy theories, paranormal and the occult, and the D.B. Cooper hijacking. You will find the books in the “Also in The House of Mystery Interviews Series” section of this book and on my website.

A substantial number of our radio show’s interviews revolve around true crime. So, we created this subseries, Voices of True Crime. Like the other Interviews series, we review the most accepted explanation of the case. Then, we follow up with each theory presented during our interviews with the person or people reporting them. Each book lays out the case details and then follows up with what we’ve learned from each guest. Like the others in the House of Mystery Radio Show Interviews Series, this book does not attempt to solve the case but only reviews it. There will be no committed answer at the end of the book. We aim to concisely review the extraordinary things we learned during the show’s interviews. It is an excellent reference for researchers and a good overview for people who don’t know the topic well. Similar to the other volumes in this series, only the highlights of each interview will be included. All these interviews and more are available to listen to on my website: www. alanrwarren.com/hom-podcast-episodes.

"Some years ago, Al Warren invited me to be a guest on his radio show to discuss developments in the Zodiac case. Then he periodically asked me to return to comment on various news reports and to interview guests who claimed they had identified the Zodiac killer. We got along really well, and I think we had a good rapport which added some humor to help alleviate the usually-depressing true-crime subject matter. The show gives me a chance to explore many different stories, and I learn a lot from the guests." 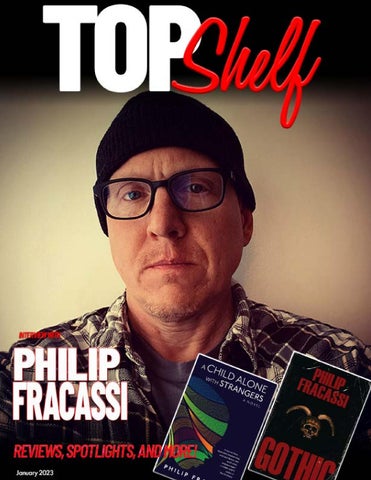