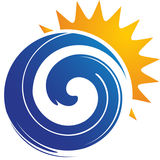 from Tomorrow Aljezur to Lagoa - August 2020
by Tomorrow Algarve Magazine 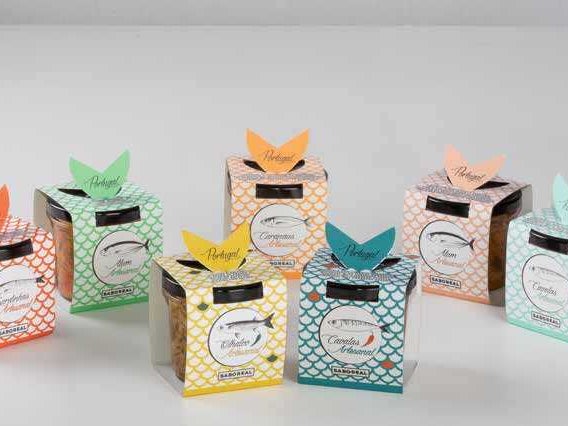 The True Taste of the Algarve

The replica caravel Boa Esperança takes pride of place by Lagos marina. While it looks tranquil enough anchored amongst the yachts and fishing boats bobbing in the water, its 15 th century predecessors were launched on perilous voyages of exploration that changed the world.

Commander José Gravata has kindly invited me to visit the caravel and is more than happy to show me the ship and relay stories of past exploits. He speaks with palpable pride standing at the helm, looking the part with his bronzed, weather-beaten face and bushy beard. He is ably assisted by chief mechanic José António Silva, who has had a long career in the Portuguese navy.

I’m told the Boa Esperança was built in 1990 at Vila do Conde shipyard in the north of the country. It’s an authentic replica of the ships that were used for the Portuguese explorations in the 15 th century. “Naval experts used archaeological finds from caravels in Aveiro and the Tagus river, along with drawings from museum archives,” Commander José says, adding with a glint in his eye: “We have some additional creature comforts for our present voyages though!”

In 2001, the Algarve Tourist Board acquired the caravel to promote the culture and history of the Algarve and its importance in the Portuguese Discoveries.

As José outlines the history of the caravel, I begin to appreciate its significance in the development of seafaring. It has its origins in the earlier Portuguese

fishing boats built in the 13 th century, derived from the Moorish quarib. Keen to launch exploratory voyages in the mid 15 th century, Henry the Navigator saw the potential in these nimble, manoeuvrable vessels that used triangular lateen sails capable of tacking against the wind. They were a boon to sailors who could explore the African coastline and, with their shallow keel, were also able to sail upriver. This was in contrast to the ancient heavier Mediterranean cargo vessels with one mast and a fixed square sail used at the time. The speed, economy and agility of the caravel made it the best sailing vessel of its time. “We mustn’t underestimate either the knowledge of astronomy, mathematics and technology that the Arabs brought to Europe and which was then further developed by Portuguese mariners,” José emphasises.

There was limited crew and cargo space as these ships were used for exploratory purposes. Later carracks or naus were developed to cater for longer voyages with the ability to carry more provisions.

Boa Esperança is a prime example of an early caravel. It has two masts, one 18m and the other 16m tall, with lateen sails to facilitate navigation against the wind. Both carry the symbol of the Cross of Christ harking back to Henry the Navigator, who was the Regent and Governor of the Order of Christ.

We stand by the helm, sheltering from the hot sun. José points to the enormous wooden tiller and explains: “This is where the ship was steered on the orders from the pilot or captain above deck. If the weather was rough, it sometimes took two men to steer.”

This caravel has 22 berths in the hold with separate space for the captain and visitors, three toilets and a kitchen. It can sail for up to five consecutive days with a minimum of 17 members of crew. “We are all volunteers,” José explains, “Many are youngsters with some sailing experience and an enthusiasm for the sea”.

What kind of events has the Boa Esperança been involved in over the years? José’s face lights up and there is no stopping him. Its inaugural voyage was to Bruges to commemorate the anniversary of the first trading post of the Portuguese in the early 15 th century. It has visited innumerable ports in northern Europe and the Mediterranean, participated in several regattas both here and in the North Atlantic, attended the Queen’s Jubilee in London and represented the Algarve as the ship of honour at the Festival of Cannes, to name but a few. At the biannual Medieval Festival in Lagos, the caravel hosts many activities too. There is a regular programme of school visits involving thousands of youngsters. I can't pin either Commander José or Chief Mechanic Silva down as to what has been the most memorable. “Each voyage has been fantastic in its own right!” they assure me in unison.

Have there been any problems along the way? As with everything, there have been issues but mostly due to human error. The worst that can happen is putting human life at risk. José remembers a particularly challenging incident when the ship was caught in a severe storm off the southern coast of France. "Huge waves were crashing in on us from all sides but luckily we were able to ride it out and arrive at our destination safely."

I know that the explorers at the time of the Discoveries faced enormous challenges both in terms of safety and the fear of venturing into the unknown. There would have been 25-30 members of crew on a smaller caravel such as Boa Esperança, while the larger ones would have accommodated up to a hundred. The sailors, many of whom were young boys, worked in quartos and each group navigated for four hours each unless inclement weather required everyone to be on duty. Nestor Guerreiro, the owner of the Portuguese Discoveries Wax Museum in Lagos, is able to fill me in on more details. He tells me that there was always work to be done – cleaning, maintenance and continuous repairs with little time for rest or diversion. “Sailors received daily rations consisting of water, wine, biscuits, olive oil and vinegar, dried meat or fish. Each man provided for himself and, if there was wood, was able to cook. Fresh vegetables and fruit would have only lasted a few days.”

The hold that accommodates the sleeping quarters of the present caravel was reserved for cargo and live animals such as chickens, pigs and goats that were slaughtered during the journey in order to have some fresh meat.

And what about the sailors? “Well, they slept on deck wherever they were able to secure a place. It was only the captain who had a particular slot,” Nestor explains.

The unhygienic conditions almost defy imagination. The men were only able to have a wash when there was rainfall. José points to a wooden bucket in the corner with a rope attached with the end unravelled for ‘sanitary purposes’. “That was the communal toilet,” he muses. No wonder that disease was rife, with many succumbing to fever, dysentery and scurvy. They also had to contend with other perceived dangers from monsters, mermaids and waterfalls, to strong currents and storms, and the threat from pirates and corsairs.

I feel increasing admiration for the dedication and courage of the early explorers. Many will have heard of Gil Eanes of Lagos. A main town square is named after him, a school consortium bears his name and there is a statue of him by the main town wall. Born in Lagos and closely associated with Henry the Navigator, he achieved what most considered to be impossible. At the time it was thought that Cape Bojador off southern Morocco was the end of the navigable world where the sea disappeared over the rocks like a waterfall and all boats vanished. Many had tried but it was Gil Eanes who in 1434, on his second attempt, managed to reach Cape Bojador making further Atlantic voyages possible.

Lagos was a hub of activities at this time. Commerce of all kinds flourished, including that of slaves with the first slave market in Europe established here. Seafaring provided much local employment. Henry the Navigator also took up residence in the town. However, poverty was rife. José tells me that it was common for parents to send young boys to sea in search of a better life. “As most couldn’t swim, they weren’t able to escape ashore to avoid difficulties on board!” he adds.

What is the origin of the caravel’s name Boa Esperança? It has all to do with Bartolomeu Dias, who achieved another milestone in the explorations. In 1488, against all odds, he discovered the passage around southern Africa and the Cape of Good Hope (Boa Esperança) making it possible for the Portuguese to trade directly with India and the Far East, bypassing the cumbersome overland route. He first named it the Cape of Storms (Cabo das Tormentas) but King John II of Portugal renamed it to reflect the new optimism with the opening of the passage to India.

Returning to the present, I finally ask Commander José to describe the sensation as he is sailing the caravel on the open sea. “You clear your mind and all problems are left behind. There is only a huge expanse of sea in front. I have a sense of freedom, calm and utter serenity.”

Despite the enormous challenges, perhaps the early explorers had similar sensations on their voyages all those years ago?

The caravel is awaiting its regular maintenance at the dry docks in Portimão and is presently closed for visits. When it reopens, guided tours can be booked via the Algarve Tourist Board. In the meantime, it is well worth visiting the Portuguese Discoveries Wax Museum to participate in an exciting journey through the history of the explorations.

There are three replicas of caravels constructed at Vila de Conde, Portugal. Luís Guimarães Lobato (1915- 2008) of the Gulbenkian Foundation in Lisbon, made the project possible.

Bartolomeu Dias constructed in 1987. Sailed to South Africa to commemorate the 500th anniversary of the circumnavigation of the Cape of Good Hope (Cabo de Boa Esperança) by Bartolomeu Dias. Still there as a museum.

Vera Cruz built in 2000 to commemorate 500 years since the fleet commanded by Àlvares Cabral arrived at the island of Vera Cruz in Brazil in April 1500. Anchored in Lisbon.

This story is from:
Tomorrow Aljezur to Lagoa - August 2020
by Tomorrow Algarve Magazine