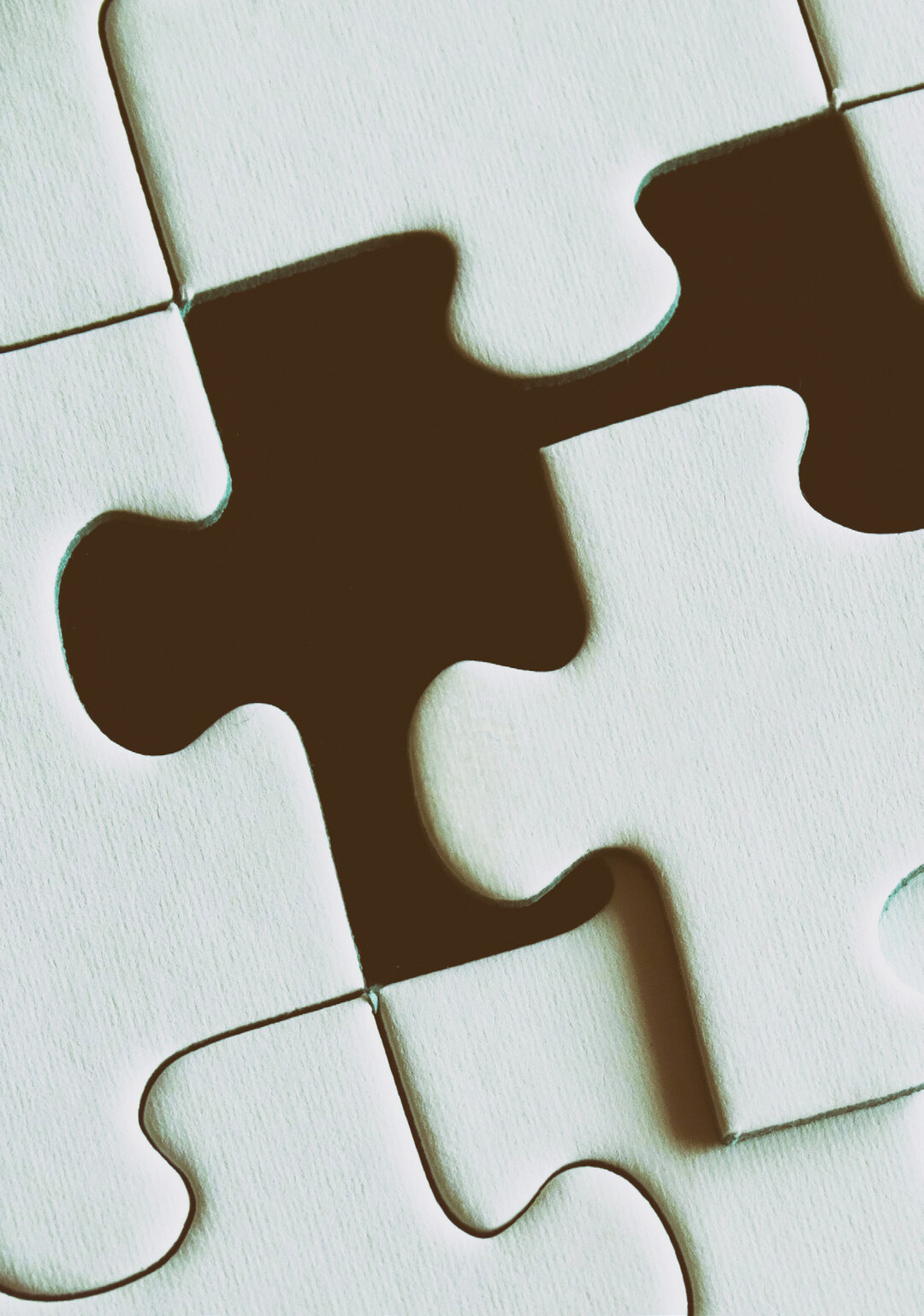 While women-owned businesses comprise almost 40 percent of privately owned businesses in the United States, and more women attend law school than men, the legal industry still has a gender imbalance when it comes to who has a seat at the table. As two working mothers who came from Big Law, the two of us shared experiences that held us back from achieving our fullest potential. So, when we started our firm, we had a common goal: to rewrite the narrative for women in the law.

Although history showed that it was not possible for women to achieve their fullest potential professionally and personally while working in the legal industry, we set out to change that. We wanted to create a firm that provided high quality legal service where attorneys had the ability to succeed professionally while sustaining a fulfilling personal life and contributing to the community.

Our team has encountered bullying and bias from adversaries, and sometimes even from judges.

Being up against an industry that is resistant to change has forced us to work even harder to preserve the values and culture within our law firm. Although unheard of in 2010 when we opened our firm, we decided to forgo origination credit — something that has become a favorite among progressive firms. Almost all readers of this article will be familiar with that term, but for those who aren’t, “origination credit” means that partners who originate business from new clients receive compensation for all work performed for that client as long as that client remains a client of the firm.

Having worked at many firms where origination credit was the source of bitter internal battles among otherwise collegial colleagues, we decided that origination would not factor into compensation. Doing away with this practice has allowed for greater collaboration and less office competition.

EARLY ADOPTION OF WORK FROM HOME

We also knew that in order to support the shifting needs of today’s workforce, we would make our business model revolve around “law on the go.” Our team (both lawyers and support) have the ability to work wherever they are. We were fully remote capable long before the recent pandemic. Operating virtually has allowed us to attract and retain top talent while providing the flexibility to best serve our clients no matter where we are.

Today, our firm has lawyers licensed to practice in several jurisdictions with offices in three (and soon to be five) states. Reflecting on where we were at the outset and where we are now reminds us of one of the first obstacles as a small, women-owned law firm. When we opened our doors, we did so after securing a multi-year sublease of office space inside another law firm. Things went great … until they didn’t.

After less than two months, our Big Law landlord acquired a new group of lawyers and wanted their space back. Just as we had new stationery and business cards printed and notified our network of our launch, our sublease was terminated. We expected to spend that first year getting our name out there, serving new clients and building our business. Instead, we had to quickly relocate.

Given our experience, we wanted the security and the presence of our own space despite the increased expense. To show our heft as a small but mighty women-owned firm, we did not feel we could occupy anything less than firstclass office space. So, we went from paying a modest sublease to a five-figure monthly rent payment. Although it was a considerable risk and expense, it gave us the opportunity to be innovative in our new offices.

We decided to launch the Philadelphia Artists Series, hosting 15-plus local talents to showcase their artwork in our enhanced space. Our investment paid off as clients, referral sources and friends crowded our art openings, and invitations became highly sought after. Our approach reflected our desire to be an inclusive and welcoming firm, and our space rivalled (in our view, surpassed) that of larger, better known firms. After many fruitful years in that office, two years ago we decided to pivot and reduce our office footprint considerably, as our team members were geographically dispersed and desired the flexibility to work remotely. That move has been critical to our ability to serve clients effectively during current shelter-in-place orders.

BIAS AND BULLYING FROM THE BENCH

Although much has changed in the last decade when it comes to diversity in the law, some things unfortunately remain the same. For one thing, there are many more women practicing, but they still do not practice as long, or reach partnership at the rates of their male peers. One reason for this is that women lawyers are more likely to be subjected to bullying, harassment and aggressive behavior.

Our team has encountered bullying and bias from adversaries, and sometimes even from judges. For example, as a litigator with almost 40 years of experience, Fran has been called profane names and told to “shut up” by a number of male adversaries, even though she is senior to many of them. In addition, one of our junior associates received so many unwelcome overtures opposing counsel that she started wearing a costume engagement ring to depositions and court to ward off salacious comments.

Our investment paid off as clients, referral sources and friends crowded our art openings.

Particularly disappointing are incidents of bullying by judicial officers. One of our seasoned litigators, who had been a partner at several Big Law firms before joining us, had multiple encounters with a male judge last year that left her speechless. When she approached counsel table to argue a motion, the judge directed her to move from counsel table because that seat “is for the lawyers.” This same judge also mocked her in the presence of other counsel and her client. When she sought an adjournment due to a previously scheduled proceeding in another jurisdiction, the judge not only called her a liar (even when she presented proof of the conflict) but also said in a high pitched voice, “Oh Judgy-poo . . . I’d like an adjournment because I’m too busy,” implying that she could not handle her responsibilities.

Similarly, one of our lawyers of color has been mistaken for a paralegal and a court reporter several times by both judges and opposing counsel. Recently, after finishing an oral argument, the judge asked her if her firm did not think the matter was “important enough to send someone else” to handle it.

Unfortunately, it’s not only adversaries and judicial leaders who treat our female colleagues less civilly or respectfully. Sometimes male clients, frequently lawyers themselves, agree to our fees and then make attempts to threaten us into reducing them. We encounter similar tactics from some majority-owned firms with whom we are contracted to serve as diverse co-counsel at client request. Despite contractually mandated percentages of work that we are committed to provide, some firms seek to shortchange us from our share, or cut us out entirely. Other firms resort to hiding from us that work was assigned or telling the client that we are unable or have declined to do the work. When these instances come to light, we look to our clients, who have sought that involvement, to ensure that co-counsel honor the agreed terms.

Despite the challenges we have faced due to our gender, we are hopeful looking ahead. Inclusion, diversity and equity are now at the forefront of the legal profession. With the overall number of women lawyers rising year after year, the industry will become more equitable within law firms as well as in-house departments. As our profession continues to respond to client expectations for a more inclusive environment, we won’t need to add more seats at the table. The table will already reflect diversity.

Francine Friedman Griesing, Founder and Managing Member of Griesing Law, LLC, a woman-owned and operated firm based in Philadelphia. She represents clients in business transactions, commercial litigation, employment matters, and alternative dispute resolution. She is a published author on legal and business ethics, and is recognized as a leading expert on discrimination, harassment and bullying in the law. fgriesing@ griesinglaw.com
Jessica L. Mazzeo is co-founder and Chief Operating Officer of Griesing Law, LLC. She oversees and implements all of the firm’s business operations while establishing policies that promote and retain its culture and strategic vision. She is the incoming 2020 Chair of the Committee on Inclusion, Diversity and Equity of the Association of Legal Administrators. jmazzeo@ griesinglaw.com
This story is from:
Today's General Counsel, Summer 2020
by Today's General Counsel